tri·cy·cle
ˈtrīsik(ə)l/
noun: tricycle
Definition: an entity formed when the third wheel of a relationship has been embraced, by conscious choice or by happenstance. 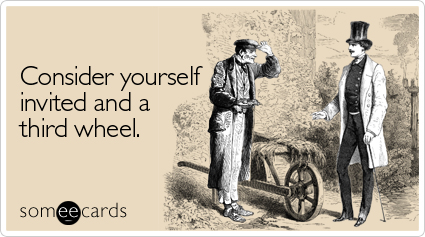 Example: As the third wheel of the tricycle I’ve already planned a wedding speech for Sara and Ben because no one knows their relationship as well as I do. 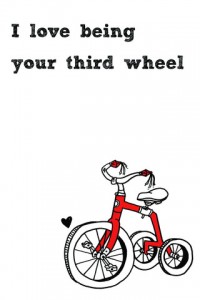 As we all know, the third wheel of the tricycle is obviously the one in the front, determining the path of the relationship. This leadership comes with great responsibility.
The duties of a third wheel are as follows:
1. Photobombing
Because you’re the poster child of their relationship… 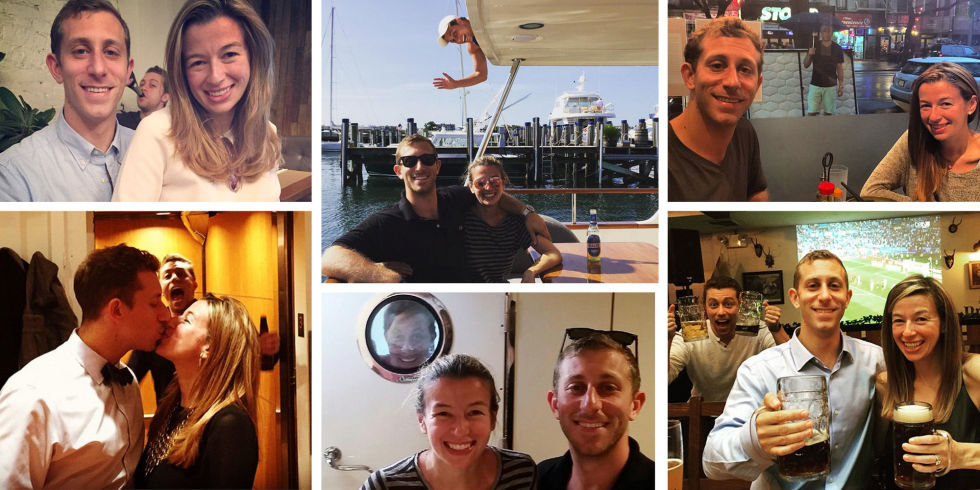 2. Coordinating Group Costumes
Because if you don’t plan it out, no one will… 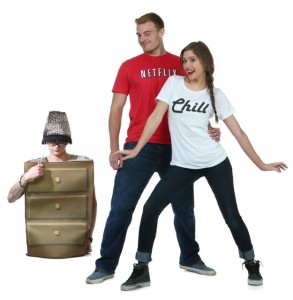 3. Intrusive Commentary
Because you’re a troll… 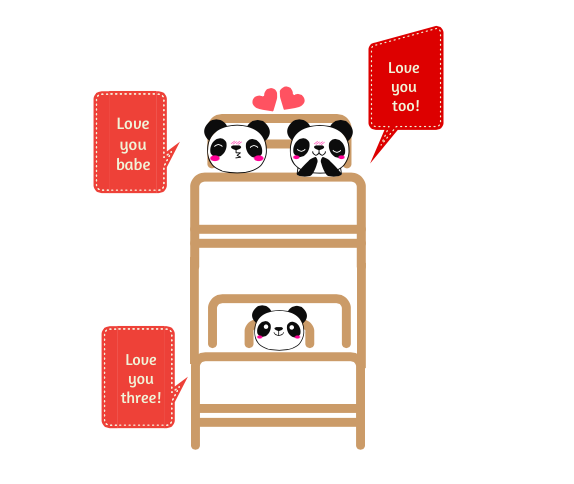 4. Initiating Group Messages
You know… for those times you can’t poke your nose into their relationship from the bottom bunk. Extra points for choosing an awesome group name. 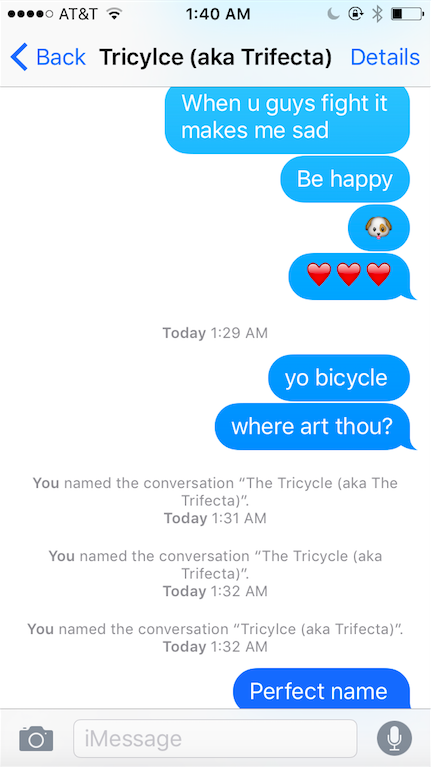 5. Supporting the couple
Because you are the glue that keeps the relationship together…
Without the third wheel they are just a bicycle, and bicycles topple easily. A tricycle is sturdier and able to stand tall when things slow down in the relationship.

Relationship is to Bicycle as Relationship+Third Wheel is to Tricycle
And we all know tricycles are way cooler than bicycles, so third wheels: keep on pedaling!
Photos: toysrus.com, buzzfeed.com, pinterest.com