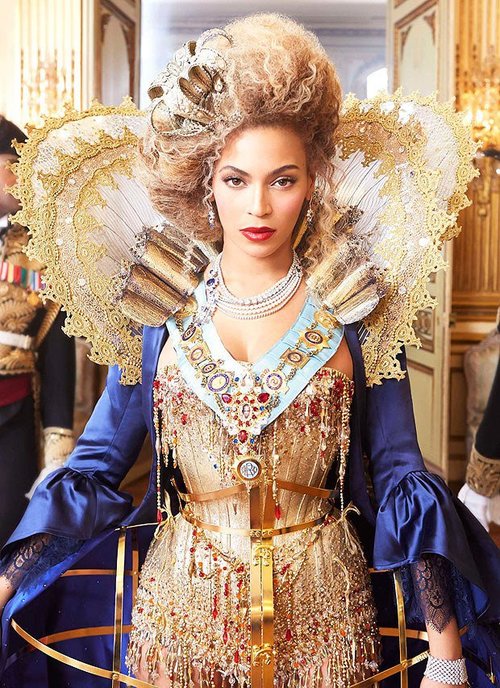 It’s official (as if we didn’t know it already). Beyoncé aka Bey aka Mrs. Carter aka Honey B aka Sasha Fierce is the queen. And as if that wasn’t enough, she is also a grown woman.

Or so says her new single, aptly titled “Grown Woman,” which was teased as part of a brand new, 61-second, Pepsi advertisement called “Mirrors.” The ad, which was released at 9am on April 4, 2013, features Beyoncé looking at reflections of her former selves (and drinking Pepsi, of course).

The Fourth Edition has always shown Beyoncé a lot of love (here and here) but we can’t stop watching this new ad, and we can’t stop thinking about Bey’s new single. Here are some of the many reasons why we’re addicted to Beyoncé’s new ad:

-Beyoncé is seductively drinking Pepsi (0:10)
-Beyoncé is staring/wearing a pink Bootylicious-era body suit (0:13)
-Beyoncé is walking with a vengeance (0:18)
-Beyoncé is doing a crazy squat-headthrust-bodybounce (0:21)
-There is an appearance from Sasha Fierce (0:28)
-Beyoncé is dancing with tons of Beyoncés (0:36)
-Beyoncé is breaking mirrors with her amazingness (0:47)
and most importantly…
-Beyoncé’s new single “Grown Woman” is playing in the background!

According to Billboard, Bey’s new single is set to debut Monday, April 8. In the meantime, though, just Bow Down (and Bow Down Some More) and keep watching “Mirrors”.

Photo: We Heart It