Rihanna, Bruce Springsteen, Tom Hanks. What do these three big-time celebrities have in common? They, along with a long list of other celebrities and performing artists, will be on the Mall on Nov. 11 for the Concert for Valor. I will certainly be in attendance for this incredible (and FREE) concert, and there are a few things that I really hope to see.

While Rihanna has come out with some big hits in recent years, nothing would make me happier than to hear her belt out “Pon De Replay” in front of a massive crowd on the Mall. “SOS” or “Umbrella” would also be acceptable.

Jamie Foxx first pulled out his spot-on impression while playing Ray Charles in the movie “Ray.” Later, in a performance probably better-known by our generation, Foxx used his impression for the hook of Kanye West’s hit “Gold Digger.” I don’t necessarily need Kanye to make a guest appearance, but I really hope Jamie Foxx tickles the ivories for us. 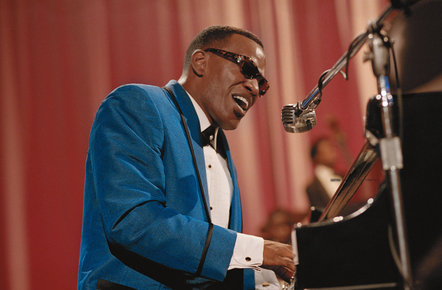 This one is probably the request on my list with the best chance of coming true. Zac Brown Band put on by far the best concert I’ve ever seen, and Bruce is a musician I’ve always wanted to see live. Naturally, seeing them play together would be awesome.

Jack Black is one of the various celebrities that will be in attendance, but I don’t believe he is scheduled to perform. However, he did famously play a struggling musician in “School of Rock”, which is one of my all-time favorite movies. Seeing Jack Black play a “School of Rock” song live would definitely help me deal with my case of Stickittodamaneosis. (If you didn’t get any of these references, I suggest you find yourself a copy of “School of Rock.”)

As unlikely as this scenario is, how awesome would that be? Eminem, harkening back to his Detroit rap-battle roots. Tom Hanks, being Tom Hanks. I’d love to see it. (Side note: I’d also be OK with Eminem rapping “Lose Yourself”, and the entire crowd going bananas.)

Sure, the Concert for Valor will be phenomenal even if none of these things happen. And yes, they are all incredibly unlikely. But I can dream, can’t I?