Unless you were abroad or in some Georgetown-day induced coma, you know that the Westboro Baptist Church visited our dear Hilltop yesterday. Their presence created quite a ruckus, leading to both a counter-protest and a solidarity event. Through both forms of expression, Georgetown students demonstrated their sentiments toward this event.

However, there was another way in which Georgetown students expressed their emotions: social media!

At first, many were confused what they were even doing there. 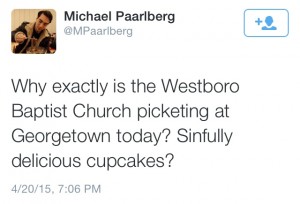 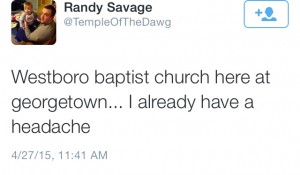 Many were not feeling WBC’s presence, especially since it was the last day of classes. 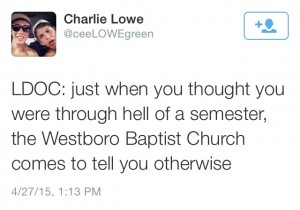 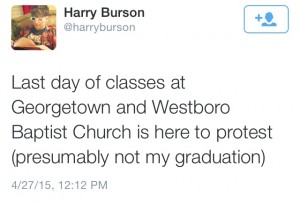 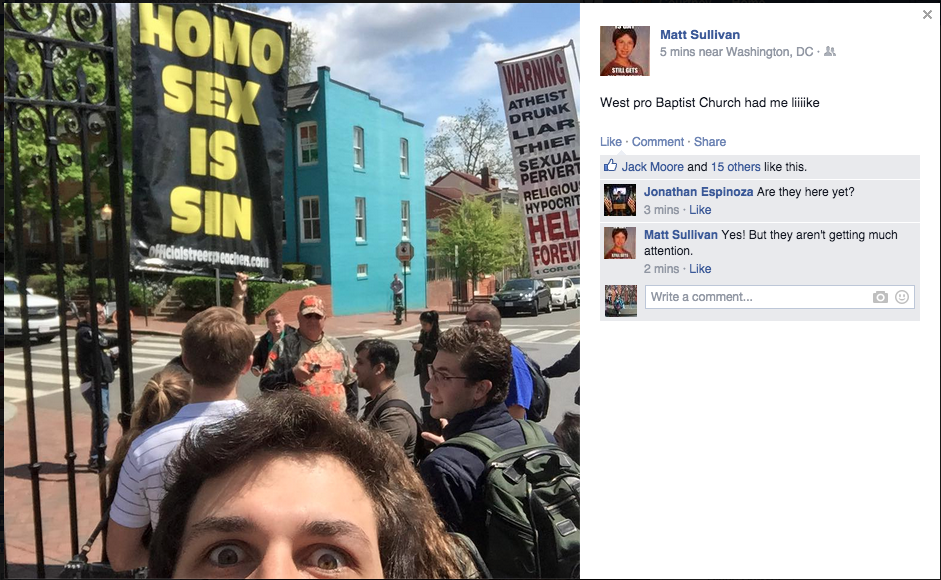 Todd Olson even showed up to show his support! (read: HAYYYY) 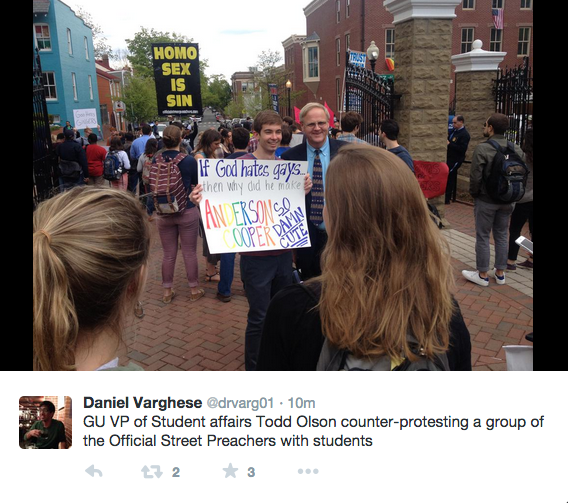 And then the Instagrams began, capturing the occasion in a #artsy way. 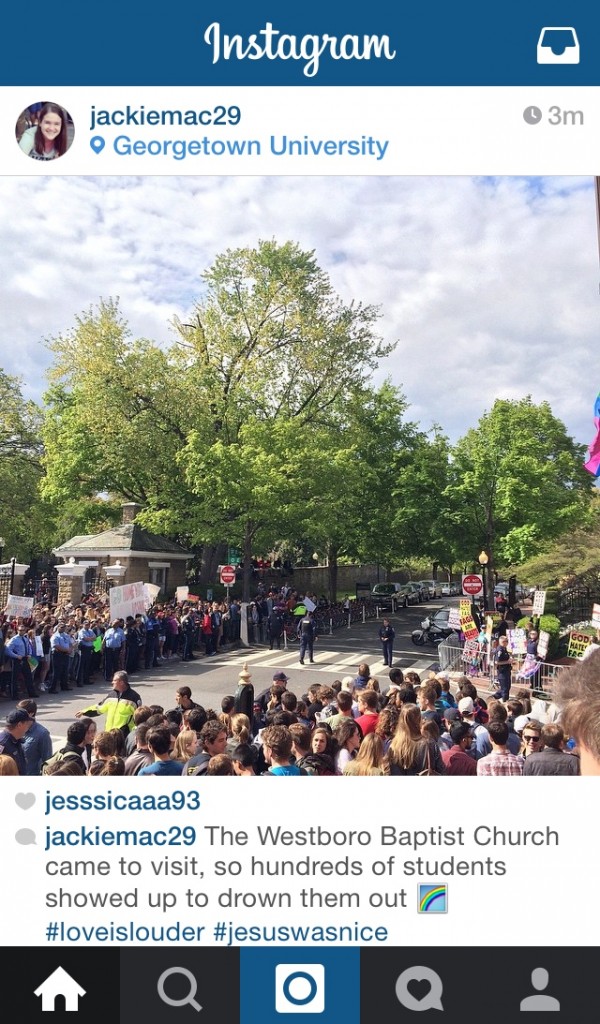 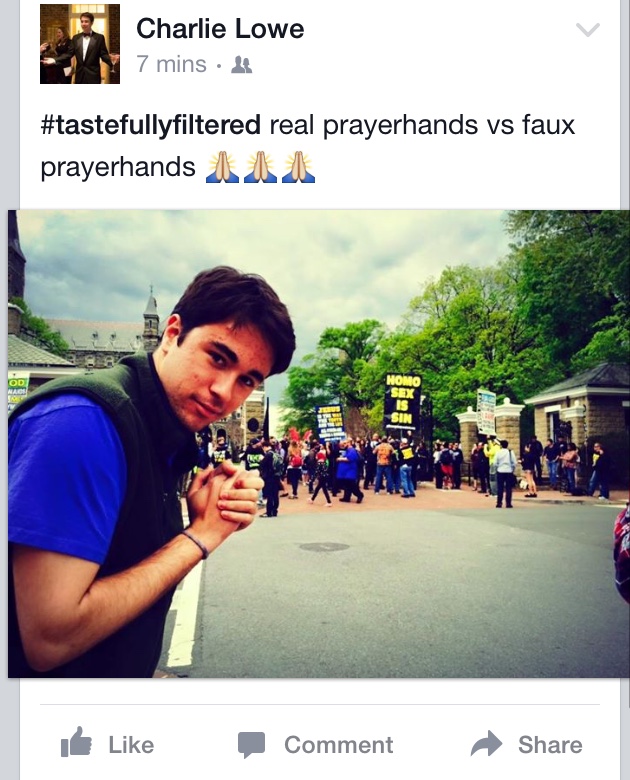 Some tried to bring comedy into the mix… 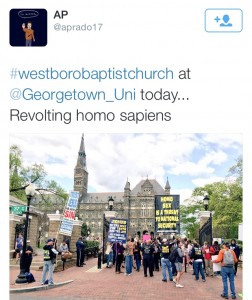 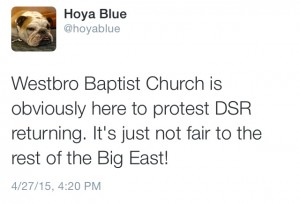 The signs used by the WBC and their supporters were probably the most ridiculous part. 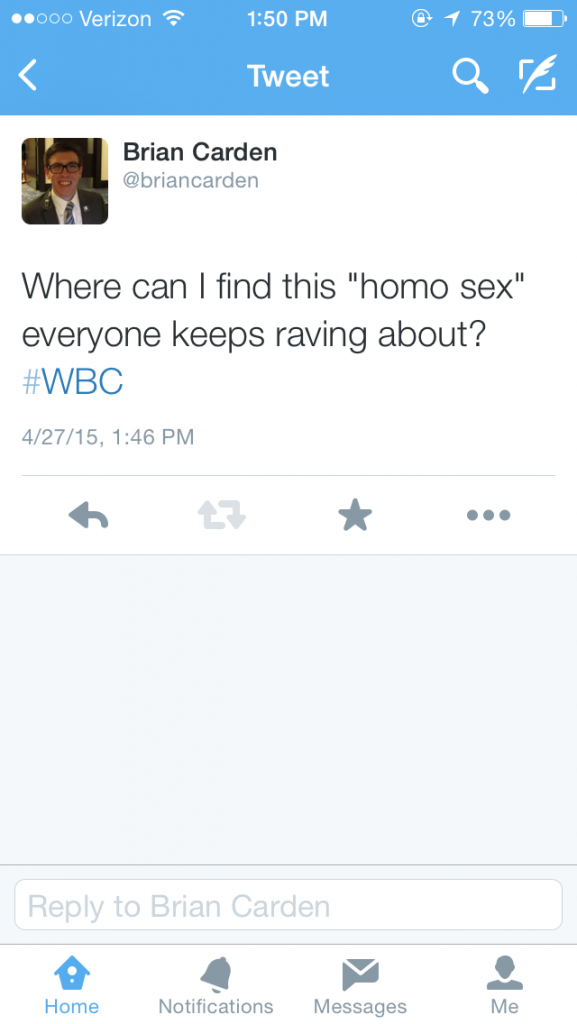 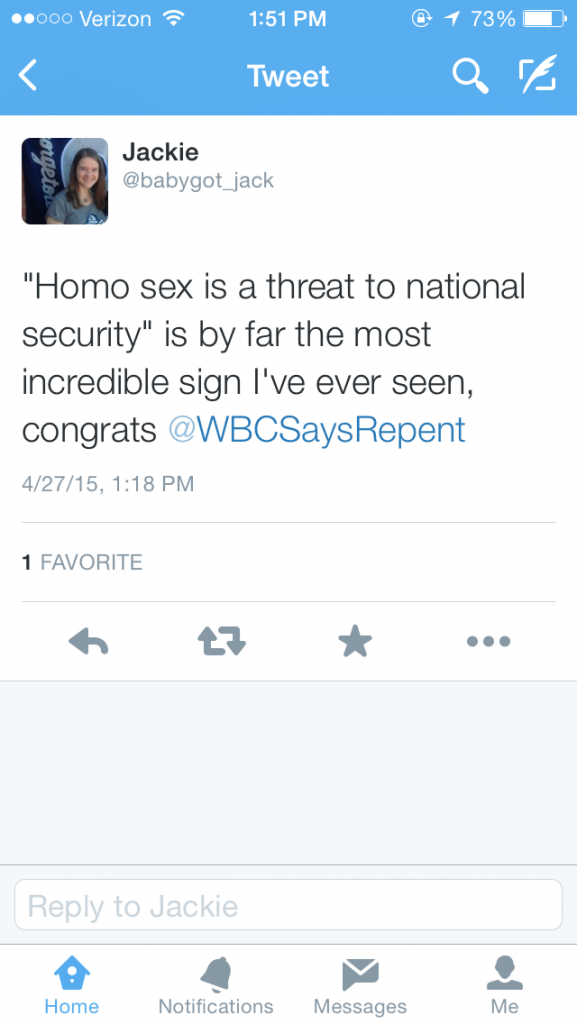 But no matter the form the posts took, there was no doubt that Georgetown students were beyond proud of the support both the counter and the solidarity protests received. 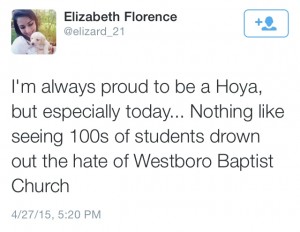