Twitter has been on fleek lately, even though a lot of popular accounts have just been sharing the same jokes – I’m looking at you, @CommonWhiteGirl, @FillWerrell and @GirlPosts. Lame!

Despite this trend toward social media plagiarism, there are some really great accounts that have totally original tweets and concepts. Here are a few of our favorites:

@GeorgetownGnome chronicles his ceramic life in 140 characters or less. Most recently, he has journeyed to Afghanistan where he has fraternized with an Afghan Shepherd (their slightly less cute version of the lovely German Shepherd) and gone for a ride on a military tank. 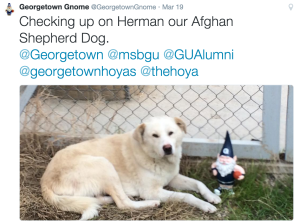 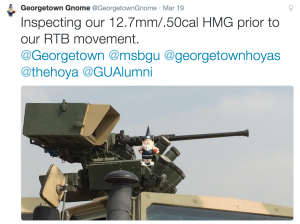 @RealCarrotFacts provides life advice and commentary on hot cultural topics while bemoaning the lost love of his life, the mysterious Megan. Don’t be turned off by the misspellings and lack of punctuation; he’s just a carrot, he’s still learning.

@WolfPupy is the sassiest little canine on Twitter. It includes deep insights on such topics as breakfast, dinosaurs and life itself. This one is hard to categorize; you definitely have to check it out to experience the comedic genius.

@MedievalReactions is a relatively new account – with only 11 tweets – but it combines appreciation for medieval art with modern sentiments. 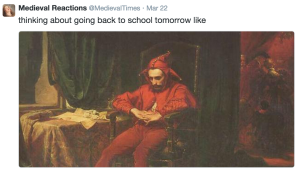 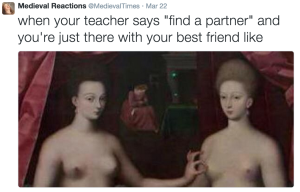 Next time you want to see a gnome driving a military helicopter, a sexy carrot or a three-hundred-year-old nude painting, check out these hilarious handles.