Super Bowl Sunday is TODAY! Tune in, along with the other 10 million people that are expected to watch, at 6:30 pm. Things are about to get real intense for football fans. The Seahawks are the first defending Super Bowl champs since, um, the Patriots, in 2004 and 2005. And the Seahawks quarterback, Russell Wilson (see below), is aiming to become the youngest quarterback in history to win two Super Bowls in a row. Tom Brady, the Patriots quarterback (also see below), is the current record-holder. Oh, the sweet, sweet irony.

For those of you who read the previous paragraph without absorbing a single piece of information because you either a) know nothing about football or b) don’t care one way or another who wins, don’t give up on this post just yet!

If you’re not going to admire the talent on the field, you can at least admire the dazzling good looks on the screen in front of you while you guzzle down your Tostitos and salsa. So, without further ado, here are the top 5 most attractive men from each of the competing teams that you simply must look out for. (View at your own risk — you should probably sit down for this).

1. Tom Brady: This man simply does not have a single flaw. He is one of the best, if not the best (I’ll admit I’m biased as a dedicated Patriots fan myself) quarterbacks in the National Football League. If his international fame isn’t enough, get this: he is a University of Michigan graduate. So, athleticism and brains… mmhmm. Even more, if a male Victoria’s Secret company existed, he would undoubtedly be their poster child. He’s 6’4,” and LOOK AT THAT SMILE. He’s beautiful – clean-cut haircut, perfect pearly whites and just the right amount of scruff. Lastly, off-the-field, he is the ultimate family man. He has three adorable children and a smokin’ hot wife. Not every guy can just pick up an internationally renowned super-model, alright? Oh, and he’s 37, yet looks like he’s 25. So, basically: this man is a superhero. Enjoy the view. 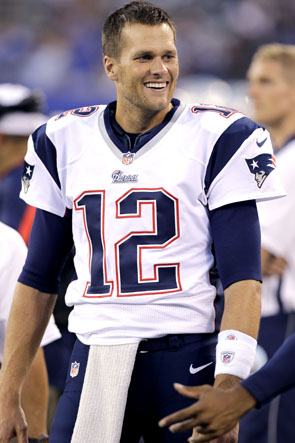 2. Danny Amendola: After signing with the Patriots in 2013, Danny Amendola quickly made quite an impression in the League. He didn’t go unnoticed by NFL fans either. And no, I am not just referring to his speed and pass receptions. Take one good look at this picture and I think you’ll know what I’m getting at – he’s quite easy on the eyes. He rocks the facial hair perfectly, and honestly, he has better eyebrows than most girls I know. Oh, and in case you missed it, LOOK AT HIS BICEPS. Seriously, he’s not even flexing. Ugh, swoon. Measuring at 5’11”, he may not be the most imposing player on the field, but when he looks like that, who really cares? 3. Devin McCourty: Devin McCourty has been with the Patriots since 2010, and thankfully so. First, let’s start with the hat. A beanie is hard enough to pull off, but throw a pom pom on top, and you’ve got quite the wardrobe challenge. But, no problem for this guy. He somehow manages not to look like a foolish adult wearing a children’s hat. Snaps on snaps on snaps for Devin  (yes, we’re on a first name basis). Second, let’s talk about the form-fitting shirt. A) It looks like something you could find at Lululemon, so right away we know he has good taste. B) It’s FORM FITTING. The biceps will really get ya, once again. Third, but unfortunately missing from this particular picture, are his massive diamond earrings. Straight-up stud. I’ll take a matching pair anytime…

4. Rob Gronkowski: Better known as “Gronk.” In the past few seasons, Gronk has suffered injury after injury, leaving him unable to perform his classic touchdown spike. His football career may have suffered from injuries, but his looks certainly did not. Testament to that fact: he was on the cover of ESPN’s body issue. Look at those chiseled abs. His pecs, his traps, his biceps… I won’t go on to list every muscle in the human body, but you get the point. It literally looks like he was carved from clay. He may not be the brightest bulb, but he knows how to have a good time while looking like a granite statue, so no complaints.
P.S. Waiting for my marriage proposal any day, so don’t get your hopes up. 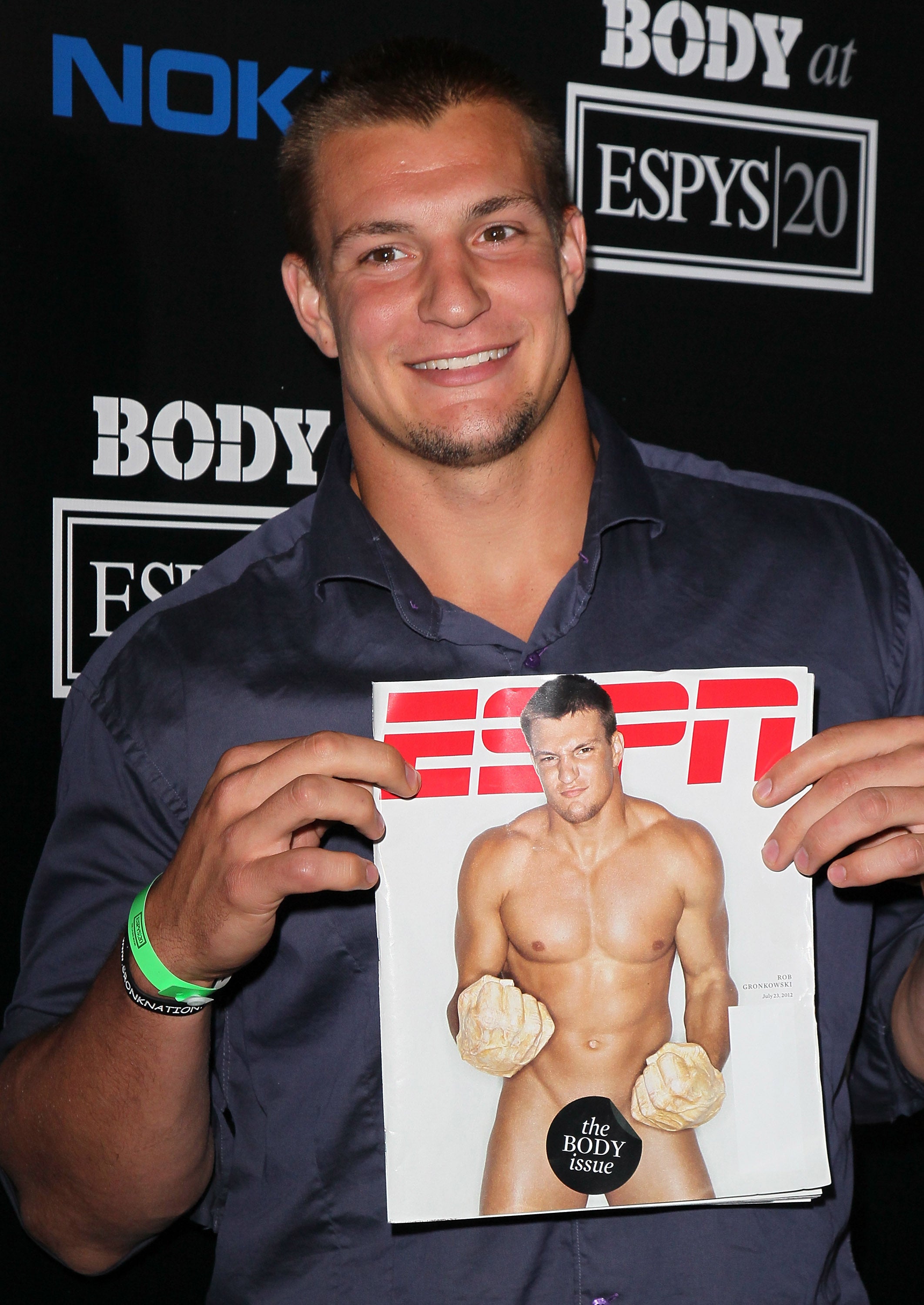 5. Julian Edelman:  Julian Edelman has occupied much of the spotlight in the Patriots’ most recent seasons. For that, we are all #blessed. He may only be 5’10”, but the fact that he’s a Cali boy certainly makes up for it. His hair is freshly gelled – not too much, not too little – and expertly side-swept. And those piercing baby-blue eyes? Go ahead and do us a favor, Julian, and just don’t blink… like ever. Lastly, he’s a solid 200 pounds of muscle. I mean, just look at the vein bulging in his bicep. Keep doing you, Julian, no one is opposed. 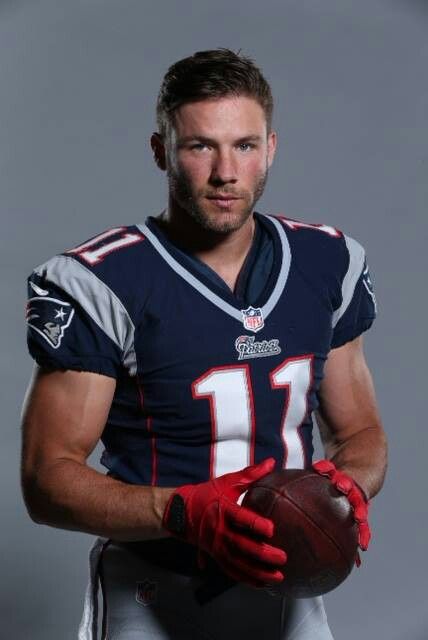 1. Cooper Helfet: Dayum. Discovering Cooper Helfet on the Seahawks roster was probably the highlight of my day, and I am really not ashamed to admit it (even though I probably should be). He’s got a Liam Hemsworth look-a-like thing going on, and we are so okay with it. 6 feet, 3 inches of true beauty. Even more, he’s a Duke University graduate. Plus, he’s from California. Talk about the whole package: Cali-bred looks, athleticism and brains. I think it is fair to say we will all be looking for him on the big screen come game time. 2. Doug Baldwin: Oh, Dougy. He is one fine sight. His skin is radiant – it must be that Florida sun he grew up under. His teeth are perfect, and his eyes are those puppy-dog eyes we all strive to mimic. His diamond stud earrings are not quite as impressive as Devin McCourty’s, but still a tasteful touch. HMU with a matching pair before Devin, and I may just have to convert to a Seahawks fan. If you weren’t already impressed, his graduating from Stanford has to earn him some serious brownie points. Even if he is on the shorter side of the spectrum, measuring only 5’10”, he’s got a smile that is definitely worth at least 3 inches. 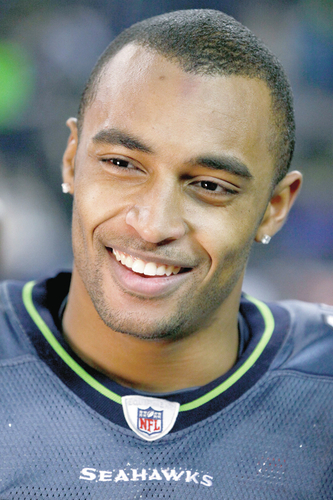 3. Russell Wilson: The Seahawks quarterback doesn’t quite lead his team in the looks department the way Tom Brady does, but he is still quite visually appealing. He especially pulls off the rugged tough-guy look, and we dig it. Those eyes are simply irresistible. And those luscious curls? They’ve got Pantene written all over them. A freshly-cut do obviously means he puts effort into his appearance, and boy, does it show. Additionally, he was locally grown! He was born in Richmond, VA so that’s cool, I guess. In the battle of the beautiful quarterbacks tomorrow, let’s see who takes home the W.

4. Bryan Walters: A Cornell grad, we can be sure Bryan Walters is more than just a pretty face. But, with that said, he actually really is a pretty face. The slight ginger tint to his hair offsets his penetrating blue eyes impeccably. His facial hair is groomed to absolute perfection. And no one can deny his total masculinity with that Adam’s apple jumping out at you. He’s only been with the Seahawks for two seasons, but with looks like that, we will take every season we can get.

5. Brock Coyle: He may be a rookie on the field, but he certainly has got the looks thing down already. With dark brown, maybe black, hair and bright blue eyes, Brock is basically Megan Fox’s male doppelgänger. That can be said about very few people, so appreciate it. Although he may not play much tomorrow, that does not mean, by any means, that you shouldn’t scan the sidelines with an eagle eye. You really won’t regret it.

So, you’re welcome. All these beautiful men will be on every big-screen tomorrow, so embrace it one-hundo-percent.