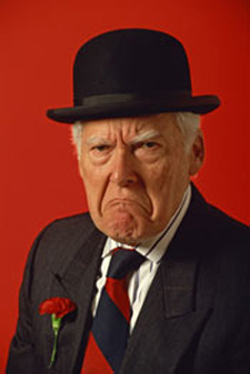 There’s evidence of the longstanding battle between Georgetown students and our disgruntled neighbors all over the place – lawn signs and pins reading “Our Homes Not GU’s Dorms”, angry listserv posts about sunbathing students, you name it. Now one of our more outspoken Burleith neighbors has resurrected his blog, “Drunken” Georgetown Students (quotation marks are his, not ours).

Featuring shaky videos of student parties with commentary like “No Snap… no Rocky? What gives?” and “Pigs in a Poke”, drunkengeorgetownstudents.com is run by Stephen R. Brown, a Burleith resident and former American University professor.

Seniors may remember the site from our freshman year, when Brown started taking pictures of parties on his block, and encouraging his fellow Burleith and West Georgetown residents to do the same. He once suggested a photo contest where one of the categories could be “urination” (sounds fun!).

The server hosting the original Drunken Georgetown Students took the site offline because Brown was posting photos of students without their permission, a violation of their Terms of Service. He started things up again on the current version of the site.

Brown wrapped up posting in May 2010, with a goodbye note to the graduating class. But now he’s back, and better than ever. He started things back up this spring with some snarky commentary about the effectiveness of SNAPS, and over the summer and fall has been posting videos of the parties on his block.

After the jump, check out one of his videos, and a few excerpts from the site.

“It’s great having one of the great party schools like Georgetown University nearby. Rumor has it they are in contention for the top five drinking schools in the nation.  They deserve the title!  I wonder if US NEWS AND WORLD REPORT has a category for that!”

“It seems these “reimbursable details” are just a chance for the MPD to eat donuts and collect overtime.”

On “a fine and upstanding example of Georgetown University”:

One Reply to “The Return of drunkengeorgetownstudents.com”