Tonight, President Jack DeGioia and the McCourt School of Public Policy will host the Honorable Elizabeth Warren in Gaston Hall. (Hillary and Elizabeth in one week?! I know, I can’t believe it either.) Warren’s talk, entitled “Collateral Damage, National Interests and the Lessons of a Decade of Conflict,” is a part of Georgetown’s annual Whittington Lecture.

Senator Warren (D-Mass.) is one of the leading ladies in U.S. politics. Known for her hardball attitude, Warren consistently makes headlines for her willingness to take on the foremost issues facing the nation today. From the minimum wage to tax reform, Warren is not afraid to buckle down and make sure her voice is heard on the nation’s hottest topics. In order to prepare for Warren’s appearance in Gaston Hall, we at 4E have decided to take a look at many faces of Elizabeth Warren:

This is Elizabeth Warren. 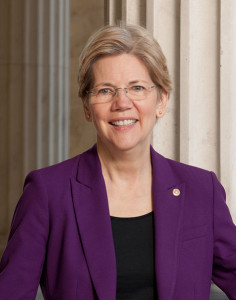 In 2012, Warren ran for Senator of Massachusetts and won with the largest percentage of votes in Massachusetts history. She is the first female Senator ever to serve from her state.

Since then, she’s been a powerhouse. She’s been known to battle bank regulators … 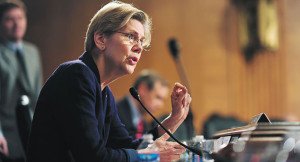 … and news anchors, too. 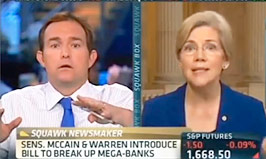 Warren has also previously called for raising the minimum wage to $22/hour. 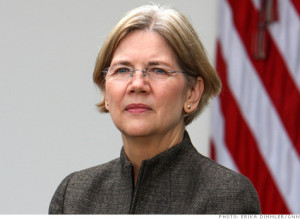 She serves on several Senate Committees, including the Special Committee on Aging; the Banking, Housing, and Urban Affairs Committee and the Health, Education, Labor, and Pensions Committee. 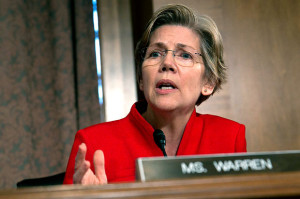 And even though she didn’t attend Georgetown … 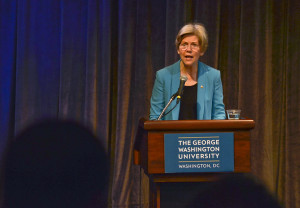 … She’s still one of the coolest senators around! 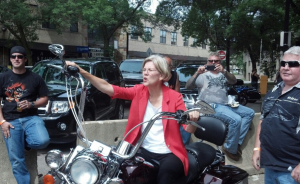 So, to experience Elizabeth Warren in all of her coolness, head on over to Gaston Hall at 5 p.m. to get a good spot in line. When you get inside, don’t forget to caption that perfectly-filtered Instagram with #WarrenAtGU. This event is definitely something you won’t want to miss!