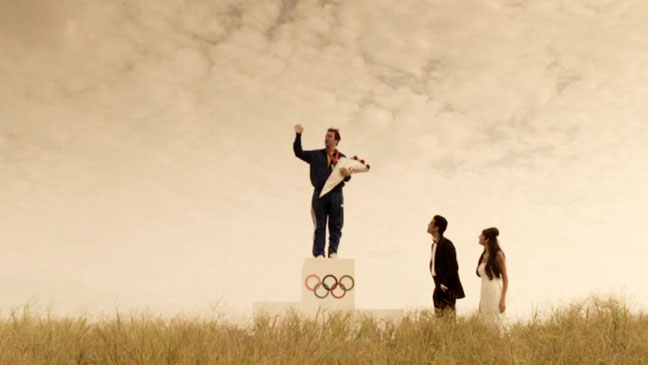 Sometimes, life gets so weird all we can do is laugh along with it.

“Sleepwalk With Me” is a 90-minute film co-directed by Mike Birbiglia (COL ’00) and Seth Barrish that tells Birbiglia’s unique coming-of-age story as a 20-something getting his feet wet in the waters of adult life. The film was first released Jan. 23, 2012 at the Sundance Film Festival and hit major theaters August 24.

Matt Pandamiglio (Birbiglia) future-narrates a tale of how a rare sleep disorder leads to the end of a relationship and the beginning of a comic career. Pandamiglio has been dating his girlfriend Abby (Lauren Ambrose) for eight years. His sister, Janet (Cristin Milioti) has just gotten engaged, and her marriage places pressure on Matt to “zig or zag” as his father puts it. While the stress of finding fame as a comedian and pleasing Abby’s own marital aspirations increase, Matt finds himself having more and more sleep episodes in which he physically acts out his dreams. As his relationship and sleeping habits deteriorate, the only thing Matt can do is take his stories on the road where the win over larger and larger audiences.

Normally, I’m not a fan of self-deprecating humor found through future narration, but somehow “Sleepwalk With Me” comes across as intimate enough to be comfortable. Birbiglia’s humor can only be described as that kind of awkward funny that initially made me a little nervous during the film. It’s witty, but I couldn’t quite shake the fact that it could just as easily be me hallucinating a jackal in my bedroom or staying in a dead-end relationship for the simple fact of wanting to please the other person.

However, as the movie progressed I felt more at ease: Nowhere does Birbiglia pass judgment on anyone in the story aside from himself. By objectively depicting the facts, he makes a statement about how life can be a funny thing in which it takes a rare sleep disorder to diagnose a troubled relationship and find a career. The movie suggests that even though this situation is less than ideal, it’s okay to laugh. In addition to an honest story line, Birbiglia peppers his narration with some truly hilarious gems like, “I know…I’m in the future also,” as well as some witty dialogue between seemingly exaggerated characters.

Plot and screenplay aside, I loved the sneaky cameo appearance of producer Ira Glass (regularly producer of WBEZ Chicago’s “This American Life,” where Birbiglia’s story aired two years ago). Wyatt Cenec (“The Daily Show”) and John Lutz (“30 Rock”) also popped up in minor cast positions. These little surprises put a smile on my face even in moments intended to be serious.

While at Georgetown, Birbiglia was known as a funny guy: He won the “Funniest Person on Campus” contest and performed regularly with Georgetown Players Improv Troupe. It’s no wonder that his first movie combined a mix of awkward, easy-going humor and sincere coming-of-age tale to produce an enjoyable quirky and thought-provoking product.