With only hours to go until the clock strikes midnight and our New Year’s resolutions become valid, month-long attempts at self-improvement, 2013 is drawing to a close. It’s been quite the year, Hoyas – let’s take a closer (and quirkier) look at 2013’s best and worst:

1. SNL’s Obamacare-inspired sketches. I was laughing for days.

2. The basil mayonnaise now being served on the panini line in Leo’s. You can put it on anything.

3. Beyoncé dropping a surprise album. Also the phrase “I woke up like this” that came along with the album. 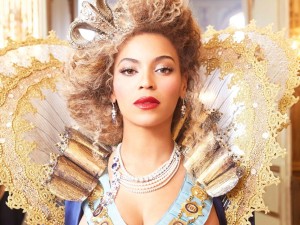 4. Thanksgiving and Hanukkah fusing to create a mega-holiday: Thanksgivukkah! Latke-stuffing anyone?

4. Miley Cyrus riding both a metaphorical and literal wrecking ball.

5.  Cardinal Jorge Mario Bergoglio of Argentina becoming the 266th Pope and the first Jesuit Pope. He was also named Person of the Year by Time Magazine because of how incredible he’s turning out to be. And we’re all pretty proud of this sick pic: 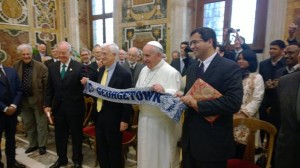 1. The regular mayonnaise at Leo’s. Ew.

2. Georgetown lost our rival, Syracuse, as the Big East reorganized. What is a university full of rowdy basketball fans to do without someone to hate? (Actually, we still hate you, Syracuse.)

3. A sizable portion of Georgetown Confessions. Especially the ones that were so long that the “Read more” button was present. Keep your anonymous proclamations short and sweet, Georgetown.

4. Miley Cyrus riding both a metaphorical and literal wrecking ball. 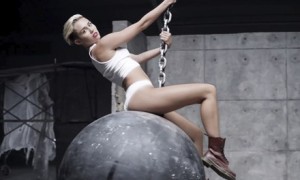 5. Democrats and Republicans still don’t agree on a slew of issues. 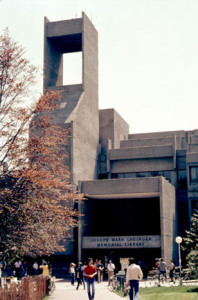 So Leo’s still reeks, Lau is still ugly and Wisey’s can still make you fat. 2013 brought its own list of Hots and Nots on the Hilltop and 2014 is sure to bring its own, too. But hot or not, the Pope likes us guys – he really likes us!