Aside from dial-up internet, there is a lot we miss about the 90’s. Those were the days when we used to love pushing a slinky repeatedly down the stairs, when we couldn’t wait to pop our favorite tape into the family VCR and when we actually liked Mary Kate and Ashley. But the truth is, the best part of the 90’s was the music. Sure, there are the obvious 90’s classics like Aaron Carter, the Backstreet Boys, and NSYNC, but the true powerhouse hits of the 90’s are often ignored. So, 4E has put together the Friday Fixat10ns for those true 90’s music fans out there. Here are the tracks:

So to all the 4E readers out there, when you eventually begin studying for your finals, blast this playlist to pump yourself up. 90’s music will always be there for you. 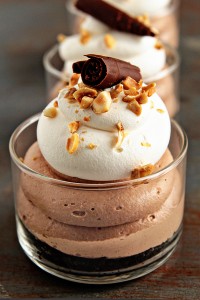 Ladies and Gentlemen: This is it. I repeat, this is it.

I’m talking about the big time.

The never-before-seen sequel to Round One. What you’re about to witness is going to change your life even more than Marriage Equality (which you should all support).

This is Life, Love and the Pursuit of Nutella: Round 2.

In case you weren’t up to par with all the delicious things you can do with our favorite chocolatey-hazelnut spread, here are a few succulent and delicious ways that you can change your life with Nutella:

Toasted Nutella and Cream Cheese- Three simple ingredients: Nutella, cream cheese, bread. Toast the bread. Add the cream cheese and Nutella to each slice. Place in oven. Broil for a minute or two. Place creation in your mouth. Want to know what happens next? Ecstasy.

No Bake Nutella Cheesecake- I searched far and wide for a recipe that combined possibly the two greatest things in the world: Nutella and Cheesecake. Then, I narrowed down searches to only include the ingredients owned by and culinary skill level of a lazy college student. This was the result. It’s like the Mona Lisa of cheesecake. Call me a Renaissance man.

Nutella Brownies– Did I ever mention Nutella Mona Lisa had a twin sister? Well, here she is. Her name is Sally, and all Sally needs are eggs, Nutella and flour. Want to know how R. Kelly reacted after he ate these brownies? Like this. (Editor’s note: THEY ALSO HAVE THESE AT BAKED AND WIRED AND THEY’RE BEAUTIFUL)

No Bake Nutella Peanut Butter Cookies- First of all, this recipe makes 24 cookies, which is almost the amount that I would eat when I’m all by myself. Second of all, it requires absolutely no baking. In fact it only requires the skill of this child and it produces results that will give you goosebumps. Kind of like the ones I get when I listen to Whitney Houston sing the Star Spangled Banner.

Waffles and Nutella- Step One: Go to Leo’s with a jar of Nutella. It’s only weird if you make it weird. Step Two: Add batter to the waffle machine as if you were making a normal waffle. Step Three: Add dollops of Nutella into the batter. Game changer. If you’re ready for the Big Leagues, add Nutella and ice cream on top of your Nutella Waffle. That’s right, bow down.

Until next time, you Nutella-loving Hoyas.

by Kaitlyn Morio
Between the Republican presidential campaign trail, the Grammy Awards and Georgetown basketball wins, it’s been quite the weekend. But if you’ve too been busy listening to Whitney Houston’s Greatest Hits on repeat to catch up on the rest of the news, Sunday Night Wrapup is here to remind you what happened this weekend.