This week, 4E added seven wonderful new bloggers to our staff. We had a blast meeting and interviewing our newest writers, and now it’s time for you to meet them, too:

Top 5 WWE Wrestlers of All Time:
5. John Cena: While Cena is clearly the most popular wrestler in the WWE today, I can’t justify putting him above five because of his stale character as well as having years left in his career.
4. Ric Flair: Not a lot of people have heard of Flair, but the 16-time world champ deserves a spot on this list. “The Nature Boy’s” pretty boy look with long blonde hair and sparkling robes was a character that he executed to perfection, while being a great technician in the ring.
3. Dwayne “The Rock” Johnson: Everyone knows The Rock thanks to his Hollywood success, but The Rock honed that charisma in the squared circle and had great success in the WWE golden days.
2. Hulk Hogan: Hulkamania brother. The Hulkster has been right at the top of popularity from when he started wrestling in the 60’s, until even today. He would absolutely be number 1, if it weren’t for perhaps the most influential wrestler of all time…
1. Stone Cold Steve Austin: Not a lot of people know who he is, and he may not have the gaudy championship numbers like Flair or Cena, but The Texas Rattlesnake is the most influential, important and entertaining wrestler. He dominated the golden years of the “Attitude Era” in the 90’s. Story lines and injuries are the only reason this extremely skilled wrestler does not have more championships, but few people have been more important to the WWE. 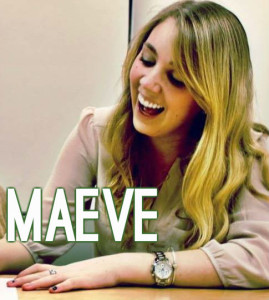 If I could live in any one place on campus, I would live in Leo O’Donovan’s On the Waterfront (otherwise known as “Leo’s”). No brainer. Oh, where do I start? I can go on and on about Leo’s most wonderful characteristics. For starters, it is the closest you will come to a 5-star meal in ~the district~. I mean, who doesn’t love cold baked sweet potatoes, mushy green beans drowning in salt water and plain white rice?! Oh, and even more, who doesn’t love spending $2,000 a year for such a divine eating experience?! Oh right, ME. I absolutely loathe Leo’s. I trek to Leo’s as infrequently as possible; oftentimes we go several weeks without seeing one another. And really, the inevitable reunion is quite possibly one of the most unpleasant experiences of my life. Just in case you were considering treating yourself to a meal at Leo’s today, please, for the sake of your own life satisfaction, do not. But without further ado, I will answer your question truthfully. If I could live in any one place on campus, I would choose Gaston Hall in Healy to be my home. It is exceptionally beautiful, it is centrally located on campus and most importantly, it has been graced by the presence of countless amazing individuals… cough, Bradley Cooper, Kevin Spacey… So if anyone is looking for a new roomie and would like to move into my Gaston Hall palace next fall, just let me know!! 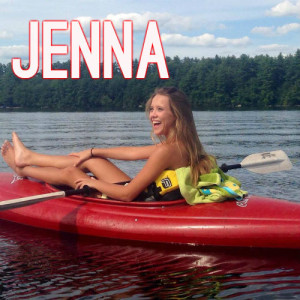 Top 5 Top 5 Lists:
1. Top 5 throwbacks to sing at the top of your lungs (Bust a Move can be screamed if remembered, She Will Be Loved will always be a classic)
2. Top 5 best kept secrets of Leo’s (taking fancy bread from upstairs and making a plate of oil, parmesan and oregano dip downstairs)
3. Top 5 roof views on campus (Regents is arguably even better than Reiss and not that hard to get to)
4. Top 5 things to do instead of go for a run (watch 5 episodes of “New Girl”, the 26-minute “Astronaut Nap”)
5. Top 5 awkward ways to reject a date (turn it into a “friendly dinner,” or if asked for phone number respond “I don’t have a cellphone” while hiding the phone that was in your hand.)

Top Five Words You Won’t Believe Were Added to the Oxford English Dictionary:
1. Amazeballs: As if the adjective “amazing” just wasn’t enough.
2. Ego-surfing: Now you can use “ego-surfing” to capture those weak moments when you look yourself up on Google.
3. Grrrl: Is it really a word anyway if there’s no vowel?
4. YOLO: Who would have thought Drake would make his way into the Oxford English Dictionary?
5. Hate-watch: Is it just me who is completely foreign to the concept of watching a show that you hate? 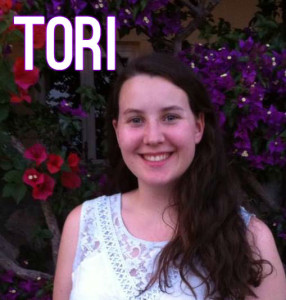 I would love to live in the bell tower of Healy. Now I know this might seem like a strange response to the given question because Healy is in fact not a dorm, but nevertheless I would love to live there. Living in the bell tower, I would have the best view on campus, and would literally be at the highest point on the Hilltop, which I believe would automatically make me the king of the hill. This location would also allow me to frequently steal the clock hands or observe all the attempts made. Sure, the constant ringing of bells in my ear could seem like a potential problem, but in fact I believe that it might be the only force in the world strong enough to wake me up for that 8:00 am Spanish class I signed up for. Now, I know that the bell tower life is not for everyone, but after watching “The Hunchback of Notre Dame” several times, I think I have what it takes. 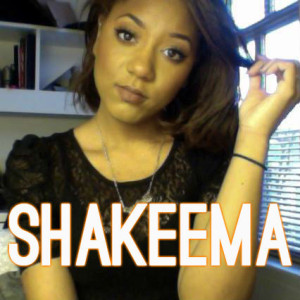 Top 5 Scariest Feelings:
1. When you’re walking on a slippery sidewalk and you feel the heel of your shoe start to slip but you catch yourself just in time not to fall, which is probably more scary than falling itself.
2. “Did you know there was a back to the worksheet?”
3. Pop Quizzes.
4. Being cold-called in class (IT’S SYLLABUS WEEK C’MON).
5. 5 missed calls from Mom. 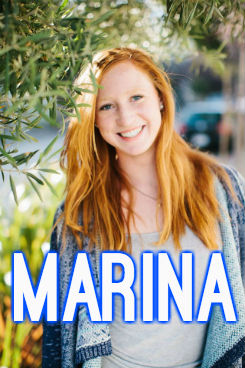 The Top 5 Times I Have Embarrassed Myself at Georgetown (thus far!):
I have a propensity for embarrassing myself. Luckily, it happens often, so I am well versed in handling awkward and uncomfortable situations (Step 1: Buy several cartons of Ben & Jerry’s). Despite having only completed one semester at Georgetown, I have discovered several innovative and exciting ways to experience deep embarrassment. Try one of these methods, and you too can be laughed at for years to come!
1. The time I decided it would be a good idea to do laundry in my bathrobe, locked myself out of the building and walked around a good portion of campus because I had no idea where I was. Freshman protip: try this one if you are looking to make a good first impression on upperclassmen!
2. The time I was trying to take a picture of lightning and proceeded to fall on my face. Don’t judge me, I’m from California. We don’t have weather there.
3. The time I was trying to be a good person and stop someone from drunk driving but it turned out that they were getting into an Uber. Sorry, profoundly confused and probably terrified Uber driver!
4. The time I spent two days telling my friends how good I was at using the Metro and then wound up hopelessly lost somewhere in Maryland.
5. The time I unintentionally parkoured off the treadmill in Yates. It may or may not have been in front of the entire men’s crew team.