Each smoothie was built upon a concept and designed to represent a place in the world. The smoothies were carefully crafted by a diligent team of taste testers, striving to create new and different flavor combinations to produce the best smoothie possible.

4E, in our quest for truth and research, was given the opportunity to sample the five new and innovative fruit concoctions now available for purchase.

Here’s a rundown of the flavors:

The Rock is based on a classic protein shake, but the ingredient combination gives it a sweet, vanilla milkshakey flavor.
Who should order it: Are you looking to get yoked? Do you look like this every time you go to Yates?

With 40 grams of protein, The Rock is the smoothie for you.
Obscure ingredient fact: Coconut sugar is made from the sap of the flowers of coconut trees. 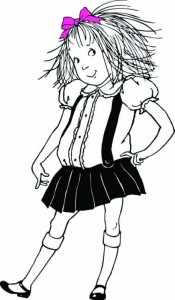 The Eloise was the most smoothie-like smoothie of all the samples. It tasted like your classic strawberry banana smoothie.
Who should order it: Order the Eloise if you like to stick to the basics.
Obscure ingredient fact: Flaxseed was grown in Babylon as early as 3000, and Charlemagne passed laws requiring his subjects to eat it.

The Ipanema tasted like a piña colada (minus the alcohol and regrettable decisions). If you love coconut, get the Ipanema.
Who should order it: If you chug coconut juice like there’s no tomorrow and have daydreams about the beach, the Ipanema is for you.
Obscure ingredient fact: Coconuts were named by Portuguese sailors who thought the three holes on the coconut looked like a face. “Coco” means “grinning face.”

The Ashram was my personal favorite. Despite the dark green color, which suggests scary vegetables, the Ashram was very refreshing. It also has emergen-c to get you through your winter stuffy-nose blues.
Who should order it: If you’re looking to cure your cold or just want to promote your health-conscious image while drinking a fantastic smoothie, the Ashram is for you.
Obscure ingredient fact: Spirulina is the culprit for the dark green color. It’s a cyanobacteria that comes from fresh water lake moss.

The Central Perk is a game changer for everyone who loves their Starbucks frappuccinos. It has a strong cinnamon flavor, and was similar to a coffee milkshake.
Who should order it: If you love coffee and can’t get enough of your non-fat caramel frappuccino with extra whipped cream and chocolate sauce, give the Central Perk a try. Also, who among us is strong enough to resist Friends references?
Obscure ingredient fact: Contrary to popular belief, almond milk is not made by milking almonds.

In conclusion, spend all your money on smoothies at the Hilltoss. You will not regret it.

After receiving student feedback about their coffee, The Corp recently replaced all their coffee and espresso beans, chai mixes and smoothie bases with ones from new vendors. During this time, UG, MUG, and Midnight MUG will also all replace their coffee makers, coffee grinders and espresso grinders with higher quality Curtis brand ones, made in California. Espresso machines have also been updated.

UG employee Nick Pavlovic believes that the new equipment will help improve customer service at all the coffee shops.

“The new machines really change the game,” he said. “They run faster, the grinders especially, which run twice as fast as the old ones. The coffee will be fresher and quicker, and everything will be more consistent. It takes the human error out of making drinks.”

DC-based Compass Coffee’s beans replaced the old coffee and espresso beans, from Mayorga coffee. Not only does Compass Coffee roast their beans right in DC, but co-founder Harrison Suarez has even traveled to Colombia to visit different farms and processing facilities. The coffee is called the Cardinal Blend, made up of Brazilian and Guatemalan coffee. The new espresso beans are a blend of Brazil, Guatemalan and Sumatran coffee. This blend gives the coffee “this really great chocolate nutty flavor,” Suarez said.

Moving toward a local coffee brand has furthered the idea of quality with Corp products.

“Our coffee overhaul is really the final step in solidifying our mission to really champion both good quality products as well as local entrepreneurial ideas,” outgoing COO Patrick Moore said.

4E pitted the old coffee, bought at Midnight Mug, against the new coffee at Uncommon Grounds. The aroma of the new coffee was cleaner, brighter and less pungent than older roast, which seemed acidic and harsh. The old coffee tasted earthly and almost burnt, while the new is fresh and fruity. The Corp’s switch to Compass Coffee is definitely the right choice.

The new espresso beans also worked very well in a latte. The latte tasted less sharp than the old one, and the espresso gave the latte a nearly caramel-like aroma and a deep, rich flavor.

UG was also nice enough to give us a taste of the new chai and old chai. The new formula is actually a concentrate, as compared to the old powder. The new chai is produced by Maya Chai, located in Arizona, and comes in two flavors, vanilla and spice. No-sugar chai will be added to the collection in March.

The new concentrate is “a lot more natural,” according to Moore, and half the calories of the old powder. Although new the chai is thinner and paler than the old mix, the new one focuses more on the chai spices than the old chai. The new chai is not quite as sweet as the old one, but still enough to satisfy any sweet tooth.

The dirty chai and iced chai drinks will also be easier to make with the new concentrate because the concentrate’s liquid form won’t form clumps in drinks like the old powder did.

Even though the new chai is definitely delicious, taste-wise, it’s not hugely different from the old one. However, health-wise, this chai has a lot fewer calories and is much more natural coming from a concentrate rather than a powder.

Finally, the Corp also changed their smoothie vendors, from using a mix by syrup maker Monin to a company called Doctor Smoothie.

The difference between the old smoothie and the new smoothie was by far the greatest in all three drinks. Doctor Smoothie’s mix is 100 percent crushed fruit, and baristas mix in yogurt, milk, ice, and etc. to make a much more natural smoothie than the previous one. The new smoothie is much healthier with fewer chemicals and less sugar than the old one, which contained dyes and chemicals.

4E compared the old mango smoothie with the new one, and yes, the new one was much better. Although the old smoothie smelled more like mango, the new one tasted so much more like mango, almost as if someone really did just crush up a fresh mango into a drink. The new smoothie was thicker, less sweet and fruitier than the old one, and was a delicious icy blend, perfect for an upcoming hot summer day. The smoothies are now offered in six flavors as well.