For those of you who live under a rock, Uber is a really cool app that allows you to order a driver right to your location. The drivers are real people driving their own cars, so you can imagine that they meet some pretty weird individuals on the job. We at 4E have compiled some of our favorite bizarre Uber stories to give you a look into what really goes on in the backs of those black cars.

Story #1: Last week this middle-aged white guy got in, and he was drunk with his hair all slicked back. He said he was going to go meet this lady: “I hooked up with this chick seventeen years ago, but this week I met her on some dating app, and she doesn’t know it’s me. I’ve been calling her and she’s saying, ‘I don’t know if I want to meet you.’ So I’m just going to surprise her today.” So then I was like “If she’s not comfortable meeting you, I’m not comfortable taking you.” He changed the subject and started talking about all the cocaine he’s been doing, and, I mean, I’m a big guy – 6’2″ and 240 pounds, but I started to feel uncomfortable. I acted like the car was tripping out on me, having all these problems and I pulled over and when he got out I drove off on him.

Story #2: I’ve had people in my car passed out drunk. That was super uncomfortable.

Story #3: I’ve only been a driver for two months, but a few weeks ago a guy and a girl got in the back of the car and they were making out and stuff, so I turned on the radio louder so I wouldn’t have to hear it. And I thought I heard him unbuckle his belt, but I was hoping that he just wanted to tuck in his shirt or something. Then he leaned in my ear and started asking if I could pull over and give them a minute. I was horrified and started to say no, so he got the girl to lean over to me and tell me it was consensual. I was at least glad they asked me, because I knew I could say no, but when they were just taking off his pants it would’ve been harder to tell them to stop. I told them that if they really needed to do something, they could get out of my car. They did.

If these incidents don’t have you guys itching to become Uber drivers, remember that you keep 80% of the ride fare and a lot of good stories to tell your friends. 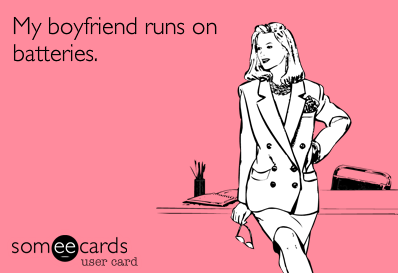 Here’s a post that’s sure to spark some, ahem, pleasure in some of our readers

So all you ladies with the inclination for exploration or elation from some vibration sensation to cause the culmination of your frustration, head to that location between noon and 4pm while supplies last!

These “Pleasure Carts” will be carrying the ‘Tri-Phoria’ and ‘Pulse’ models, and I’ll leave it up to you to research those further so you can choose carefully. After all, it’s not every day that you can get these for free! Well…in exchange for only the amount of courage it takes you to walk up to one of these carts in the middle of the Park at 14th.

But hey, take pride in the vibe, ladies of D.C. Trojan, the giver of the quiver, is here to bring the throb to the mob of empowered women in this lovely capital. After all, you can’t trust guys for anything, amirite?

Do you like numbers and money? Are you currently scouting internships with Goldman Sachs and McKinsey? Did you spend the last week stressing out about demand curves, trade policies or externalities? If so, apparently you’re also quite sexually active! Congrats! And where do you find the time?

According to studentbeans.com’s University Sex League, econ majors have more sex partners in college than any other major. A study released last week shows that finance nerds get wacky in the sacky the most with an average of 4.88 sexual partners since starting university.

And hospitality majors with 4.56 sexual partners seem to be lagging a bit in fourth place. They have hotel rooms at their disposal — frankly, they should be doing more.

With a disappointing 1.71 sexual partners are environmental science majors in last place — below even math majors and prospective engineers. I’m hoping that reducing the size of our carbon footprint is inhibiting their dopamine receptors (not sure what other excuse they have for being prude).

What I think we can take from these results is that even the highest major averages a relatively small number of sexual partners. What’s up with college student these days? Are these not supposed to be the years of experimentation and poor judgment? Soon we will all be tied down and must conform to the norm of monogamy. But now is the time to let loose. Eh, maybe once midterms are over.