The Duke and Duchess of Cambridge (a.k.a. Prince William and Kate Middleton), as part of their three-day trip to America, attended the Nets-Cavaliers NBA game at the Barclays Center in Brooklyn.

“Sounds cool,” you’re probably thinking, “but what does this have to do with me, a Hoya and a lover of Beyoncé and/or Jay-Z?”

Sound the alarm! Kate and Will met both the unofficial American royal couple as well as a remarkable Georgetown alum, Dikembe Mutombo. For those who don’t know, Mutombo was a powerful defensive player for the basketball team back in the late 80s-early 90s, who was also very successful in the NBA. He also starred in a stellar Geico commercial.

And here’s Beyoncé and Jay-Z chatting with the royal couple: 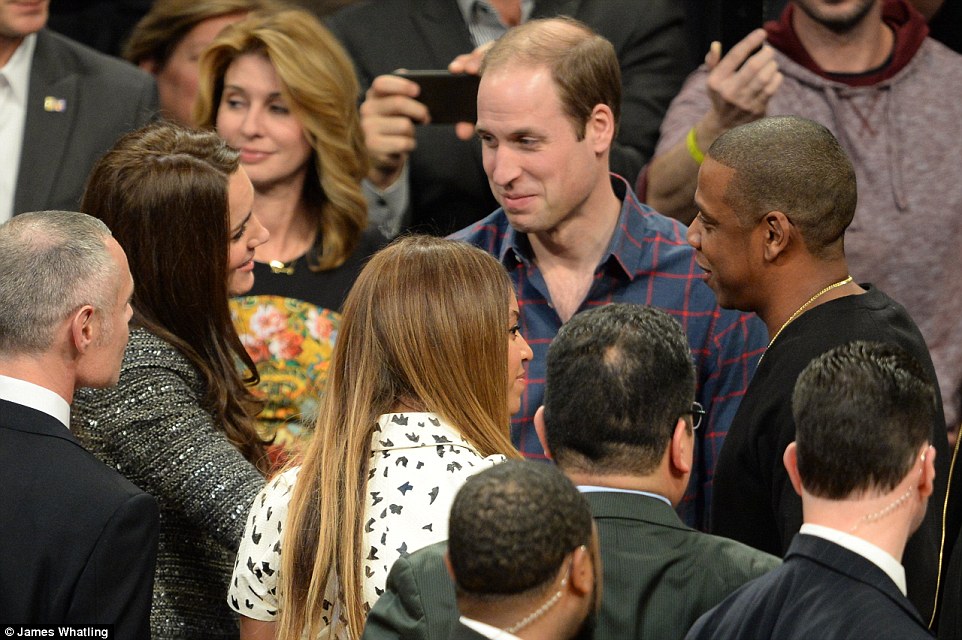 Will and Kate also met LeBron James, who gave them both Cavaliers jerseys.

To round off this exciting and kind of hilarious news, enjoy this video of Dikembe Mutombo sharing popcorn with the Duke and Duchess of Cambridge.

Thanks to For the Win at USA Today for the info!