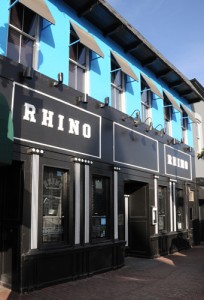 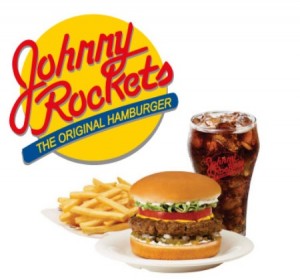 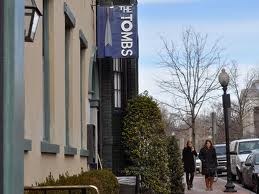 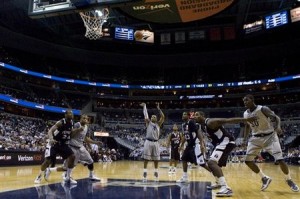 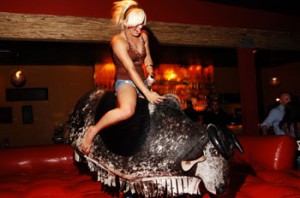 CLOSED: We have a winner! GEORGETOWN DAY!

Ah March: the beginning of Spring, the excitement of two separate vacations, the unpredictable weather, and, of course, MARCH MADNESS.

To celebrate March, 4E has decided to have a little March Madness bracket of our own! We took some of the best parts about living on The Hilltop and being a Hoya and formed “The Best of Georgetown” bracket: full of controversial match-ups and age-old debates.

Over the coming weeks, we here at The Fourth Edition will be posting the matchups and laying out our arguments for and against each contender. That is, however, where our role ends. The results of each matchup will be determined by YOU, our faithful readers, in a poll at the bottom of each round.

So who’s ready to see the bracket? You are. So here we go. The regions will be Wisey’s Sandwiches, Georgetown Bars (West Georgetown only, sorry Adams Morgan), Notable Alumni, and Georgetown Traditions. 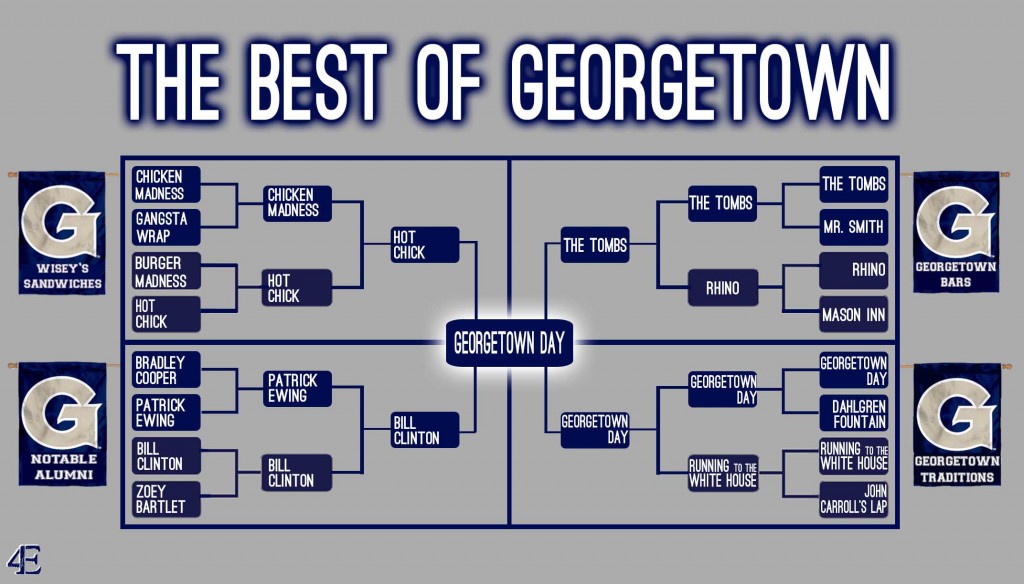 And here is a schedule of the matchups (so you can carefully plan your study schedules around it):

Running to the White House (2) vs. Sitting in John Carroll’s Lap (3)

Hot Chick vs. The Tombs vs. Bill Clinton vs. Georgetown Day