Study Days: a time when classes are over, alarms are turned off and fashion doesn’t exist. Sadly, they are simply a precursor to final exams, those pesky little tests that cover basically everything you’ve learned in the semester. Here at 4E, we know all too well that it takes a little time to come to grips with the impending doom. Here are your five stages of finals acceptance:

Finals? What finals? The first stage is always denial. It’s just too easy to go on, blissfully “unaware” of the impending finals-induced pain. You enjoy your final semi-formals, sleeping in and not having to go to class — ignoring the reason why you don’t have to go to class.

OK, so it starts to set in that all of your final exams and papers are about to hit you like a giant brick wall. That doesn’t mean that you necessarily start studying, though. It just means one more Sporcle quiz, one more phone call to your mom or one more load of laundry. Maybe it’s time for a new profile picture? Literally any excuse not to study.

So you’ve finally exhausted all other options. It’s time to gather your books and head to Sellinger, Lau 2, Starbucks or any other social study environment. After all, you won’t be seeing your friends for a while after the next couple weeks. Who says you can’t study and have fun?

Looks like you’ve been having too much fun and not enough studying. It’s time to make the dreaded trip to the “bookends” of Lau (see what I did there?) and head to the silent sanctums of either Lau 1 or 5. You’ve got six pages of a Problem of God paper left to write and a microeconomics exam tomorrow. The Self-Control app is a necessity.

At long last, you are finally free! You hand in that last paper, fill in your last Scantron-bubble and crank up Queen’s “We Are the Champions” — maybe that last one is just me. Sure, you still have a lot of packing left, and yes, end of the year goodbyes are sad. But the burden of finals week is finally off of your shoulders.

We realize that national and international political events play a crucial role in our education and dialogue here at Georgetown. We also realize how terrifying it can be when someone talks about a current political issue and you have no idea what that person is saying. That’s wherePoliSci for the Average Guy comes in.

PoliSci for the Average Guy is a recurring post that keeps you easily and entertainingly informed of the political issues that have most recently been making headlines. With help from PoliSci, you’ll be a little less stressed and a little more informed about today’s serious political topics and will be able to dive into the discussion yourself.

This past week has been filled with newsworthy stories, from a historic natural disaster in the Philippines to controversial political change in the United States. For your fill of what’s been happening, please read on. 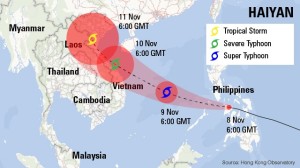 The “super-typhoon” Haiyan put 25 million Filipinos in harm’s way with winds that averaged 315 miles per hour. According to CNN, “Haiyan was probably the strongest tropical cyclone to hit land anywhere in the world in recorded history.” The storm’s path of destruction encompassed two-thirds of the Philippines with its extensive clouds. Moreover, the category 5 strength natural disaster hit at a particularly inopportune time: Only one week before Haiyan wreaked havoc on the Philippines, a 7.1 magnitude earthquake hit the island nation, killing 222 people and displacing 350,000 people. 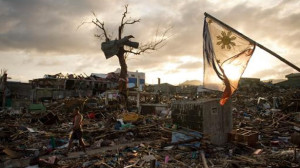 Typhoon Haiyan took the lives of over 4,000 people and displaced 4.4 million others, taking an unprecedented toll in the Philippines. Of those who survived, approximately 5 million workers have lost their livelihoods either temporarily or permanently. Luckily, economic impacts of the disaster will be minimal because the affected regions account for only a small proportion of Filipino GDP. Nonetheless, Danilo Israel, senior research fellow at the Philippine Institute for Developmental Studies commented, “The loss in human lives, the loss of bio-diversity, the destruction of heritage sites, the loss of relationships — it’s difficult to put a value on these intangibles, which can sometimes have a big impact on economic growth.” 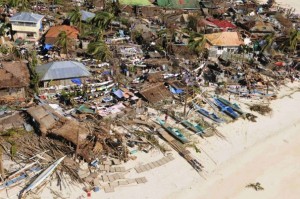 Meanwhile, as the world seems to unite through the tragic losses in the Philippines, the United States government is divided again, this time over filibusters.

On Nov. 21, the United States Senate voted 52-48, with all Republicans and 3 Democrats voting against, to terminate the use of filibustering on executive branch nominees and judicial nominees other than to the Supreme Court. A filibuster is a type of debate procedure that is used to delay or prevent a vote on a proposal. It’s like politicians doing a funny dance – or, in actuality, making a long speech – at the front of the room to distract their colleagues from what they were supposed to vote on. However, the dance often lasts far too long and creates inefficient decision-making.

The Democrats, who led this historic change in procedure, argued that the need to change the rules was prompted by Republicans’ abusing their right to filibuster and unnecessarily delaying or blocking several Obama appointees. Meanwhile, Republicans argue that our “founding fathers” allowed for filibusters for a reason, a reason that sounded something like this: “We hold these truths to be self-evident, that politicians were created unequal – some will do things quickly and others will just keep talking.” I kid, but I hope you’re catching my drift.

Now, after the recent vote, only a simple majority (50% + 1) of senators is needed to confirm federal judge nominees and executive-office appointments. (This is opposed to the 60% +1 supermajority that was previously required.) Therefore, the appointment process has become more direct.

Although this change seems like a blip in the timeline of American politics, it sends a message that the formerly “unchangeable” rules of politics are becoming changeable. Is nothing permanent in politics? More to come in my next installment of Poli Sci.