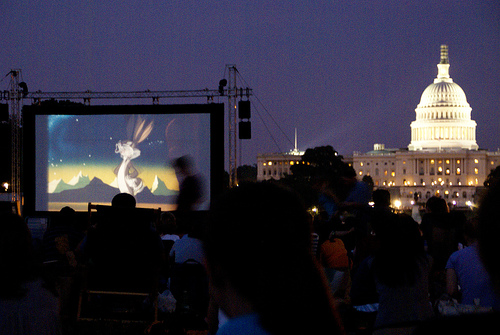 In the mood for a movie? Don’t want to shell out 12 bucks for the movie theater? No worries, because Screen on the Green starts tonight!

The annual outdoor film festival runs for the next four weeks, showing classic movies on a 20’ x 40’ screen on the National Mall (between 7th and 12th streets). Tonight’s show will be Butch Cassidy and the Sundance Kid, and later in the summer you can catch It Happened One Night, From Here to Eternity and Psycho. The schedule can be found here.

Screen on the Green started back in 1999, and “is dedicated to promoting outdoor movie festivals in the Washington, DC Metropolitan region.” It almost lost its funding in 2009, but Friends of Screen on the Green made sure that the festival stuck around.

If the classic movies at Screen on the Green aren’t up your alley, there are plenty of other outdoor movie festivals around the D.C. area. NoMa Summer Screen has screenings on Wednesday evenings (their theme is End of the World!) and the Capitol Riverfront shows movies on Thursdays. Gateway Park, just over the bridge in Rosslyn, is showing political comedies on Friday nights. All are free and most are just a short walk or metro ride away.

So pack some snacks and a blanket and check out some of D.C.’s outdoor movie festivals! 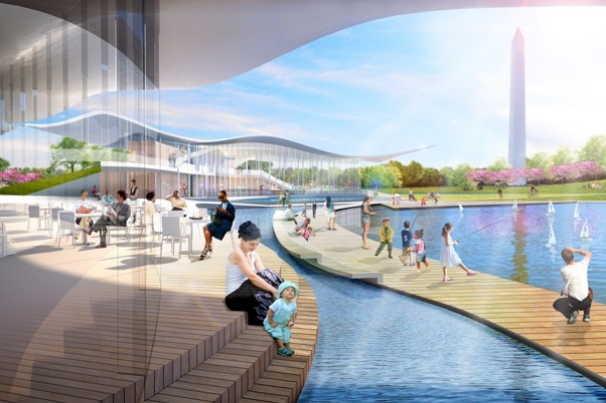 The National Mall is a huge expanse of green lawn in the middle of our bustling city, a monument to America’s greatest leaders and history and one of the world’s most heavily photographed spots. But large parts of the Mall have been neglected and are falling into disrepair.

These parts of the Mall include Constitution Gardens neat the Lincoln Memorial, the grounds surrounding the Washington Monument, and Union Square in front of the Capitol, and they’re about to receive a major facelift.

The nonprofit Trust for the National Mall unveiled the finalists in a design competition for  the neglected areas of the Mall on Monday. Concepts include a large outdoor amphitheater around the Washington Monument and a series of floating walkways and a floating restaurant on a pond in Constitution Gardens.

The Trust for the National Mall aims to raise $350 million to restore the Mall, including the full renovation of one of the neglected sites by 2016, according to The Washington Post. In recent years, individuals like Jon Stewart and Laura Bush have led significant campaigns to donate funds to the Trust.

All of the final design concepts will be on display for the public at the Smithsonian Castle and the American Museum of Natural History until Sunday. If the trek down to the Mall is too much for you in this season of midterms and tourists, you can always look at The Washington Post’s gallery