Last month, a group of Georgetown students launched Bossier – “a student magazine on campus that is devoted to promoting discourse about women’s issues and publishing work by women.” The creators of the magazine Tiffany Tao & Michele Dale, came up with the idea of Bossier because they thought it was something lacking from Georgetown. 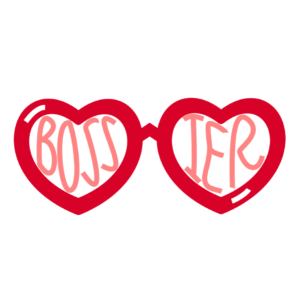 The interview began with some biographical information. Both Tiffany and Michele are SFS ’19 and share the same favorite professor – Lahra Smith who taught their freshman proseminar where they met. Michele is from New York and plans to major in STIA and Tiffany hails from New Hope, PA and will major in CULP.

They decided to create Bossier, because they thought it filled a space on campus that was missing: the creative side of the female experience. It has the potential to connect professional lives, as well as personal interests. Tiffany added that they want a platform for different voices and to foster dialogue around issues. It’s a place where ideas can be shared, but not sanitized. 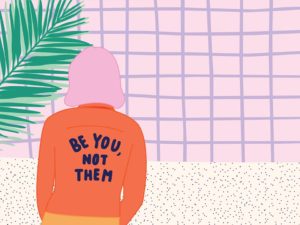 As the founders, they are obviously very excited for their baby to take off. Michele is pumped to read people’s submissions and see what Georgetown students will bring to the table. Tiffany can’t wait till the physical magazine itself is published next semester. The magazine, displaying students’ art, is itself a work of art. I know! I’m hype and you should be too!

For the last ~serious~ question, I wanted to know what Bossier meant to them. To Tiffany, it is the club that was missing from her freshman year. A community with similar interests and different ways of expressing them with a platform to do so. Michele, sees it as incredibly touching to watch people’s reactions to the platform and to see what members of the community want to share. Both are excited to provide this platform and give students a creative outlet.

Now it’s time for some ~fun facts~ about the founders:
If Michele could be Tina Fey she would be. So naturally her favorite female lead in a TV show is Liz Lemon. She also loves Beyoncé (maybe Bossier could have an interview with her one day – just a suggestion). Tiffany loves Sandra Oh on Grey’s Anatomy, Cher from Clueless and the Spice Girls. This sounds like the dinner party of the year waiting to happen.

And finally some of their favorite authors.
Michele: Joan Diddion & including her work: Slouching Toward Bethlehem. She also loves Norah Ephron who has written works such as When Harry Met Sally. Tiffany agrees with Michele’s choices and is a big fan of the bloggers Rebbeller Leandra Nedine and Emily Weiss.

So if you haven’t already checked Bossier out, 4E suggests you put off studying for that midterm a little longer, and check it out.

Note: Anyone is welcome to submit, so if you are considering, they both highly encourage it.

Cosmopolitan is the traditional guilty pleasure beach read of young women across the nation, boasting of insider knowledge like “The Touch that Locks Down His Love,” “How to Go from Blah to OMG in 60 Seconds Flat” and “Could Your Man Be Gay?” (all of which are real headlines).

Cosmo has always had a special place in my heart; I remember being a rebellious 16-year-old, buying one and reading it aloud with my girlfriends behind Pinkberry. We giggled and blushed at the articles and quizzes, surveying our horoscopes and flinching at the diagrams (these were my pre-HBO years). The boy advice was especially valuable. Not that I talked to boys then, but if I did, I imagine this advice would be especially valuable.

Though Cosmo seemed to have a biblical element about it back then, I’ll admit now some of the articles about what they universally lump together as the “male perspective” are kind of ridiculous. So I turned to one of the males I’m closest to and asked for his opinion on one of the many “what men think” articles. And even though Jameson is only 14, he’s the only brother I have and the one guy I knew who would take my calls (mostly kidding about that last part).

Jameson has been to several Bar Mitzvahs and uses Axe 2-in-1 shampoo and conditioner, evidence of budding manhood that qualifies him to comment on Cosmo’s “Manthropology” section. And though he may not have the same perspective as “Tad C., 25” or “Jason S., 28” from the Guy-fessions section, I think he contributes to the male perspective.

The article I chose was called “18 Ways He Secretly Says ‘I Love You’” found in Cosmo’s online archives from April of this year. It lists actions guys do or phrases they say, and decodes what these signs really mean. So I told Jameson each of these male behaviors without telling him Cosmo’s analysis, and asked what he thought a guy meant by doing them. The comparison is shown below.

He gives you the last bite of dessert.

Cosmo: He knows chocolate means more to you than it does to him, and he won’t fight you for it.

He cleans up after dinner even if he cooked when he knows you’re tired.

Cosmo: He doesn’t mind breaking the “you cook, I clean” rule or vice versa if he knows you just need to crash at 9 like an old lady one night.

He asks all the women he knows for help picking out your birthday present.

Cosmo: Because he knows you return EVERYTHING and is determined to get you something you won’t want to return.

Jameson: I guess he just doesn’t know a lot about the girl.

[I hear my mother’s voice in the background—she’s on high alert to whenever Jameson utters the word “girl.”]

He sits quietly next to you on the couch when he has to work late at home and you want to watch TV, just so he can be with you.

Cosmo: He doesn’t care that you’re ignoring him, he just wants to share air with you.

He surprises you with an emoji text even though he hardly uses them.

Cosmo: Because he knows YOU love them, and he wants to speak your language and make you giggle even when he’s not with you.

Jameson: I guess he was feeling a little bit wild then.

He trades you drinks if you accidentally order a bad cocktail.

Cosmo: Your tastebuds mean more to him than his own.

[A woman’s voice comes from the background.]

Me: So what does this say about the guy?

He goes shopping with you, and doesn’t look pissed off or annoyed the whole time.

Cosmo: Because he loves spending time with you, no matter what you do together.

Cosmo: He really means, “I love you.”

Jameson: He misses you.

Cosmo: Even though he should because anything involving a red carpet and Giuliana Rancic is ~*EvErYtHiNg*~.

Jameson: He just wants you to be happy.

He takes the middle seat when you fly together.

Cosmo: So you can have the aisle or window.

Jameson: He likes the middle.

He picks up your favorite veggie burgers/kale chips/hummus before you even think to ask him to.

Cosmo: When you’re together and want to eat something, he randomly procures one of your favorite foods as if by magic. (Which it kind of is, because he absolutely reads your mind.)

Jameson: He just doesn’t want to get yelled at later.

Me: Do you even know what kale is?

I decided not to traumatize him with all 18 questions, as I could hear the pain in his voice over the phone. The poor guy was probably beat, as he did just have middle school graduation that day (which this year was renamed “transitions ceremony,” probably because of complaints by an overly PC parent). The conversation concluded with me asking him if he had a girlfriend, to which he said “no” with a tone of disgust.

So in the end, I guess we can’t be sure how men secretly say “I love you,” or at least not at the middle school level. Other than the horoscope section, no part of Cosmo is 100% true all the time. Even quizzes like “How Foxy Do You Feel?”, “Is He Only After Your Bod?” and “Are You Enough of a Bad Girl?” are bound to have their flaws. The male mind will always remain a mystery, and even the experts at Cosmo don’t have the answers to how all men think.