Been missing cute, fuzzy little animals in your life? Look no further – tomorrow, Apr. 23, GPB is bringing a MINI ANIMAL FARM to campus.

Come by Regents Lawn between 1:00 and 4:00 pm to play with these little wonders. It’ll make even the most jaded student crack a smile.

What kind of animals are we talking about, anyway? Check out the Facebook event here for more details! What better way to round out the semester than by playing with tiny round baby ducks and teacup piglets??

Now that Georgetown Day has come to an end, you’re probably ramping up for Guggernaut tonight. Okay, maybe you’re still in that head-pounding, ears-ringing phase, but you’ll rally when it counts. So some of you are probably wondering what Guggernaut even is. It took me a whole year to find out that it was GUGernaut and not JUGernaut; I know, I’m not the brightest of the bunch. But even if you were intelligent enough to understand that it’s a party related to GUGS, that still doesn’t explain the meaning of the word. So, here are a few guesses from yours truly.

1.  Guggernaut: German noun meaning little prancing ponies. You’re in for a surprise when you head up to Village A tonight. Lil’ Sebastian has returned! 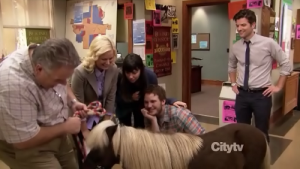 3.   Guggernaut: Danish verb meaning to run around in circles naked. Now that’s my kind of party! 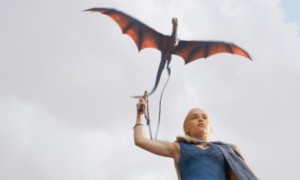 5.   Guggernaut: Old English verb meaning to rub your tummy after a long day. Sounds about right — this pretty much describes my Saturday.

So there you have it: What Guggernaut means in seven languages! Who knew one word could be important in so many cultures? But most importantly Guggernaut, whatever it might mean, is a Georgetown tradition. So drink your water, pop that Advil and get your butt to Village A tonight.