John Mulaney, who graduated from the College in 2004, has a self-titled show that is premiering tonight at 9:30 p.m. on Fox. Sure you know that Bill Clinton and Bradley Cooper attended Georgetown, but you’re only a true Hoya if you know this guy, our own lanky little gem.

Prior to working on this show, Mulaney wrote for “Saturday Night Live” where he co-created the character Stefon with actor Bill Hader. Whoa. SPICY. Mulaney also does incredible stand-up. You must see his skit, New in Town. Here’s a short clip of it.

Whenever I watch this clip, I wonder if the perfume story happened somewhere on N Street or in Burleith:

So he’s hysterical and he makes us proud to be Hoyas. And now he has a show called “Mulaney.” The Twitter-verse is chattering, including two former Hoyas. Mike Birbiglia (COL ’00), a big-shot comic in his own right, weighed in:

Excited for @Mulaney premiere tonight on Fox. 930pm. One of the funniest people I’ve ever known. Oh great now this sounds like a eulogy.

Nick Kroll (COL ’01), a comedian and actor who wrote for the Chapelle Show, played “the douche” on “Parks and Rec,” Ruxin on “The League,” and created and stars in the “Kroll Show” (along with Mulaney), also chimed in:

.@mulaney is so funny he gets massages from comedy gods like co-star #martinshort. #MULANEY tonight on Fox. pic.twitter.com/RnntJYRZBK

We’re glad to see funny Hoyas sticking together and hustling the world for all it’s worth.

If “Mulaney” is anywhere close to being as funny as Stefon or the comedian’s stand up, we’ll all be living the #blessed life. Just make sure to let everyone know that this dude is a Hoya. John Mulaney is the Hoya we all wish we could be. Congrats, you little fat girl. 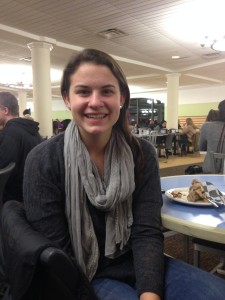 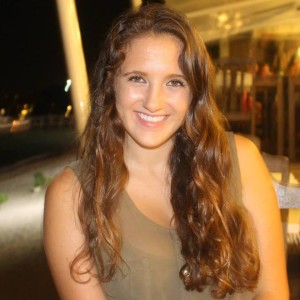 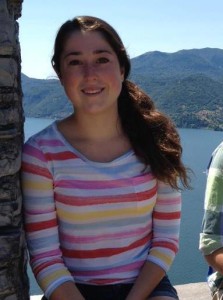 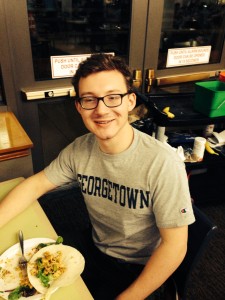 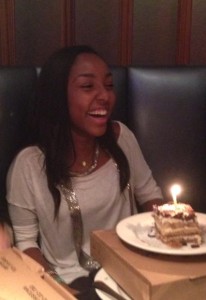 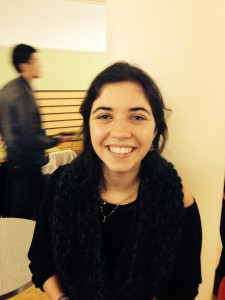 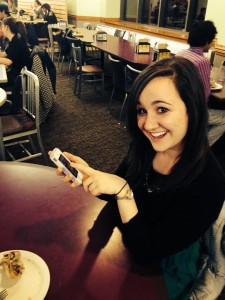 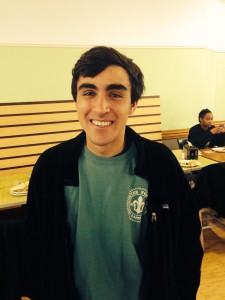 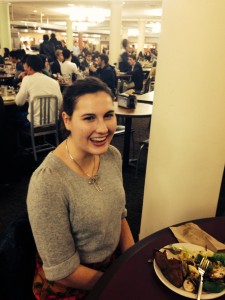 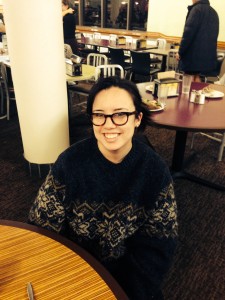 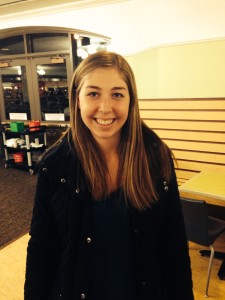 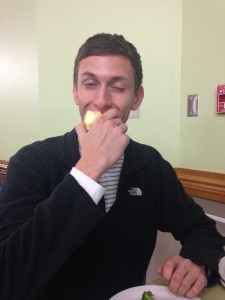 Once a week, The Hoya recognizes a staffer that has done a particularly awesome job – now you can get to know about them, too. As part of our Leavey 421 series, we’ll be posting quick interviews with each Staffer of the Week. This week our exceptional staffer brought a little bit (read: a lot) of The Hoya to Verizon Center. Congrats, Jackie McCadden! 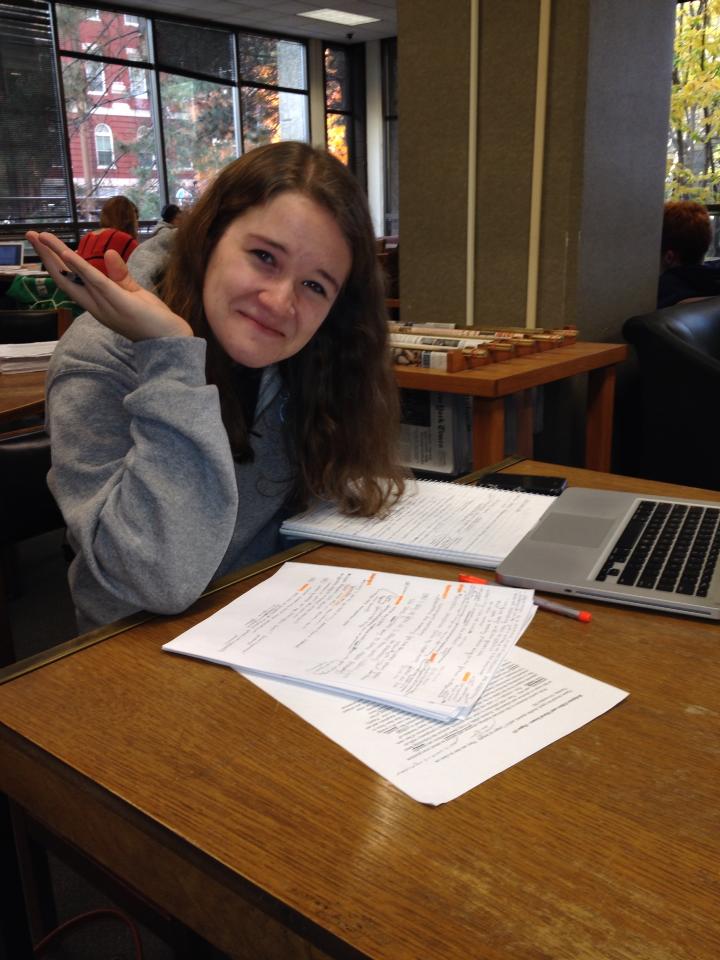 Why did you earn staffer of the week?
I earned staffer of the week for taking hundreds of extra basketball previews to Verizon Center for the first home men’s basketball game of the season and putting them on all of the seats in the student section. (Thanks to everyone stronger than me in Hoya Blue whom I forced into helping carry those deceptively heavy boxes. I still owe you guys Chipotle.)

What is your favorite part about working for The Hoya?
My favorite part of working for The Hoya is the daily challenge of trying to dress appropriately for the 35-degree weather outside while simultaneously preparing for the 80-degree temperature in the copy cave. I also enjoy the fact that it’s literally my job to correct people when they are wrong or aren’t making any sense. (Unfortunately, this is much less socially acceptable outside of the office.)

If you could have any superpower, what would it be and why?
If I could have any superpower, I’d want the ability to control time. While it’d be pretty cool to go back in time and witness my favorite historical moments or go into the future to see what the world will look like in 2050, let’s be honest, I would actually spend the majority of that extra time watching The West Wing on Netflix and trying to get enough sleep for once.

If you could pick a theme song for The Hoya office, what would it be and why?
Maybe the Rocky theme song… something intense for when it’s close to deadline and the office gets pretty chaotic as we’re trying to finish everything on time.

Here’s a quick list of things Hoyas should never do:

Step on the seal (most people avoid that entrance to Healy all together).

Speak ill of any of the West Wing characters (but there’s nothing bad to say anyway).

Fail to pick up a copy of The Hoya every Tuesday and Friday (they’re all over campus, so it’s kind of impossible).

Become the President of Syracuse University (PSH, like anyone would do THAT!)

Wait, what’s that you say? Someone did that last thing? A Hoya, Kent D. Syverud, (SFS ’77) was just named the 12th Chancellor and President of Syracuse University?

This could be considered the ultimate betrayal by some, but we at The Fourth Edition are hoping that Syverud is secretly a double agent, hoping to infiltrate deep into the Syracuse University infrastructure.

We all know that the Georgetown-Syracuse rivalry is one that will not be quelled simply by a shifting around of conferences, and we hope it will remain alive and well with a Hoya at the helm of the Orange forces.

Good luck at the new job, but we’ve got our eye on you.