This Monday is a very important day for many DC residents: April 20, or 4/20, is a day of celebration for the flowering plant known as cannabis.

Although marijuana use is not legal for DC residents under 21 or anywhere on Georgetown’s campus, 4E has come up with several ways for you to partake in the 4/20 festivities without breaking the law or suffering from the terrible, and probably fatal, medical effects of marijuana use.

1. Get breakfast at First Bake at Farmers Fishers Bakers to get your 4/20 started off right. Enjoy a pot of coffee with your cinnamon rolls.

2. Grab a cupcake from Baked & Wired – they might even have cannabis-shaped cookies on hand. Eat your dessert on the grass by the waterfront. 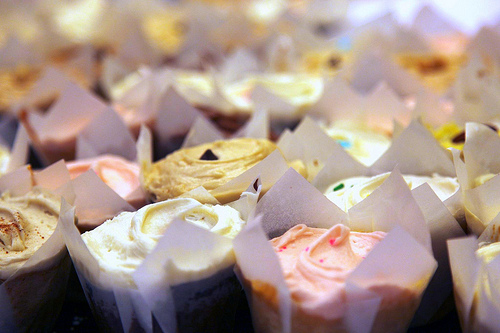 3. Treat yourself to falafel from Amsterdam Falafelshop in Adam’s Morgan or on 14th Street. To celebrate Amsterdam’s status as the weed capitol of the world, the falafel joint is featuring a special 4/20 pairing menu so that you can get the perfect pita combination to complement your strain of choice. 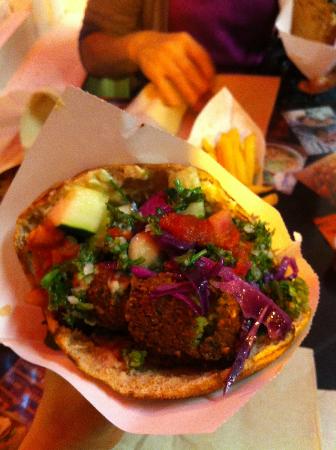 4. Enjoy a crepe from Muncheez on Wisconsin. Their nutella crepe is dope.

5.Devour a scoop of Ben & Jerry’s Half Baked, or read up on one of their new, rumored weed-enhanced flavors. Not to be blunt, but Half Baked is definitely the best flavor year-round.

We all knew that Ben and Jerry had some hippie habits with their introduction of ice cream flavors such as Half-baked, Phish Food and Jamaican Me Crazy. But now the duo are ready to take it to the next level: they are proposing a pot-infused ice cream flavor! With marijuana being legalized in several states such as Colorado, Washington, Alaska and now DC, the two are quoted saying “makes sense to me, combine your pleasures”. Considering that in the last year Colorado sold over 5 million edibles, Ben and Jerry could be on to something. And have they let us down before?

Here are some possible names for this proposed ice cream….

Super-Baked: This ice cream flavor is similar to half-baked except for the fact that swirled in with those cookie dough chunks is a sprinkle of cannabis… or maybe more that a sprinkle.

Is This Love: In honor of the dread wearing, free lovin’ Jamaican legend Bob Marley, this flavor takes on a more tropical feel. You’ll be able to be free of worry as you taste this mango and pineapple combo… and a little marijuana.

Two Birds, One Stone(d):  As Ben Cohen stated earlier why not “combine two pleasures”? This Nutella, caramel and weed infused ice cream may do the trick.

Cannabiscotti and Cream: Sorry to say I did not come up with this name myself, but it sounds pretty clever to me. This flavor would have a more sophisticated flare with biscotti chunks and a rich butterscotch after taste.

Chunky Monkey Munchies: A play on an already existing Ben and Jerry’s flavor, Chunky Monkey, this ice cream with chocolate chunks and walnuts may leave you feeling hungrier. Lucky for you, this isn’t your first rodeo and you are prepared with another pint of ice cream.

Blaze of Glory: For all of those chocolate lovers out there, this is the flavor for you. It’s creamy chocolate ice cream infused with “special” brownies will leave you feeling delightful.

Though Ben and Jerry consider this idea to be genius, it is not up to them if production can actually begin.  So, it may be a while until we actually see this ice cream in stores.