Well Hoyas, it looks like GW may have out-done us: a Captain Cookie and the Milkman storefront opened yesterday on GW’s campus at 2000 Pennsylvania Ave NW.

Like the popular food truck, Captain Cookie’s storefront offers seven regular flavors of cookies, one weekly special and three flavors of ice cream. According to my math-nerd friend, this means that there are 192 possible ice cream sandwich combinations to choose from (in other words, just enough to get you through midterms).

Because we at 4E care about research, I used this opportunity to buy myself an ice cream sandwich and not worry about the gym tomorrow. The warm cookies and ice cream were definitely worth the GUTS/Metro/Uber-fail trek, if for nothing else than the way the inside of the store smelled. I would definitely recommend rolling around in some Captain Cookie cookie dough if you’re looking to attract a special someone come Valentine’s Day.

Go to Captain Cookie if you love cookies, happiness and public transportation. You’ll probably find me there stuffing my face and avoiding my responsibilities.

Why do all things good have to come to an end? Hot off the heels of the Pinkberry closing, another DC establishment is gone. Literally, everything is bad.

While McFadden’s is not technically in Georgetown, it is a popular hotspot for GW students and the occasional adventurous Hoya. If you haven’t had a “McFadden’s story”, someone you know definitely has.

Sadly, after losing their liquor license and the downward spiral that is being the location of 5 stabbings, the famed bar has decided to close down for good.

While the semester is starting for all DC students, we here at 4E will be mourning the loss of a great bar. We pour one out for you, McFadden’s. Rest easy.

Thanks DC News for this news.

On Monday night, one of the best episodes of “The Colbert Report” was aired. Filmed at George Washington University (we still can’t quite understand why Colbert didn’t choose Georgetown), special guest President Obama took over Colbert’s show to run his segment “The Decree” (a very presidential play on “The Word”), which focused on health care reform. Obama was in top form, and did a pretty impressive job of engaging in the banter with Colbert in the interview that followed. But, without a doubt, the following segment was the highlight of the show.

This isn’t the first time President Obama has used humor to draw attention to his policies. His appearance slow-jamming the news with Jimmy Fallon also showed his willingness to poke fun at the craziness of Washington while still actively participating in it.

Of course, the show was a rousing success in the eyes of both the President’s supporters and of Colbert’s. Thanks, gentlemen, for doing what fewer and fewer networks can these days – serving up politics with laughter.

Check out the full video here.

A few months ago, we received word that legendary Saturday Night Live writer and Weekend Update host Seth Meyers would be doing a show at George Washington University in October for their parents’ weekend (part of some nonnegotiable contract, probably). A few Georgetown students decided to purchase these coveted tickets to see the great comedian and current Late Night host.

He nailed it. For almost 90 minutes, Seth Meyers owned the stage, captured the audience and absolutely nailed all of his jokes. He also taught us a lot of valuable life lessons. Here are a few.

We really do have a lot to worry about here in America.

Not everyone was happy about Bin Laden’s death.

“Obama is tough to make fun of because he’s really self-aware, but at the White House Correspondent’s dinner I really nailed it. I felt so good about it, and I thought that I would be all over the news on Monday morning; I was just hoping no big news would break over the weekend.

Of course I turn on the news Monday morning and see that we f**king murdered Osama Bin Laden. Honestly, I was so pissed. Like, we chased the guy for 10 f**king years and they had to pick THAT day to finally kill him?

But I do have a theory about this to make myself feel better: I think that Obama knew that I was going to get all the attention, so he assembled all his advisors and was like, ‘Hey, we need to do something, I don’t want jokes about me to be on Monday morning news’, and they were like, ‘Oh, we could kill Bin Laden’ and he said, ‘Do it.’ So, you’re welcome America.”

“I dated my wife for a long time before I finally proposed to her, and by year 4 she was getting really antsy about a ring. For her birthday that year, I suggested we go to Prague but she insisted on Paris. We were walking on a bridge and I dropped my passport. I realized that it would have been easier to kick the passport into the water and say ‘Well, we live in Paris now’ than to get down on one knee in the middle of Paris and come up without a ring in my hand.”

People who live abroad are insufferable.

“They come back and all they talk about is how great it was wherever they lived and how terrible it is here in the United States. They feel the need to show off their new language and insert words randomly into conversation – after dinner they’ll say, “Goodnight, goodnight, buonanotte, WHAT? Wow, why did I just say that? Oh yea, because I lived in Italy last semester!”

Don’t tell me that doesn’t sound a little like one of your study abroad friends (we say it with love!).

So Seth, thanks for teaching me more real life things in your 90-minute show than I’ve learned all year. Saturday Night Live isn’t the same without you. 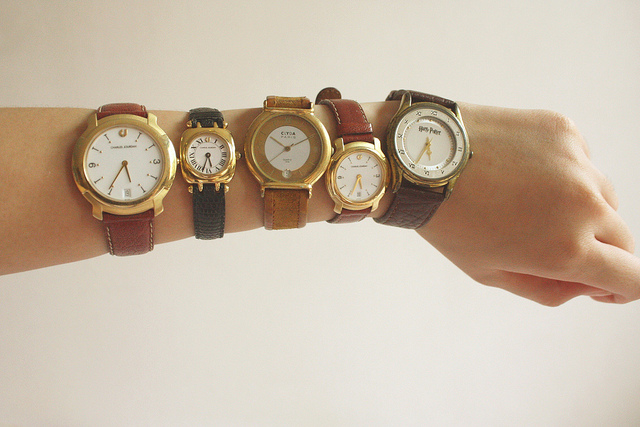