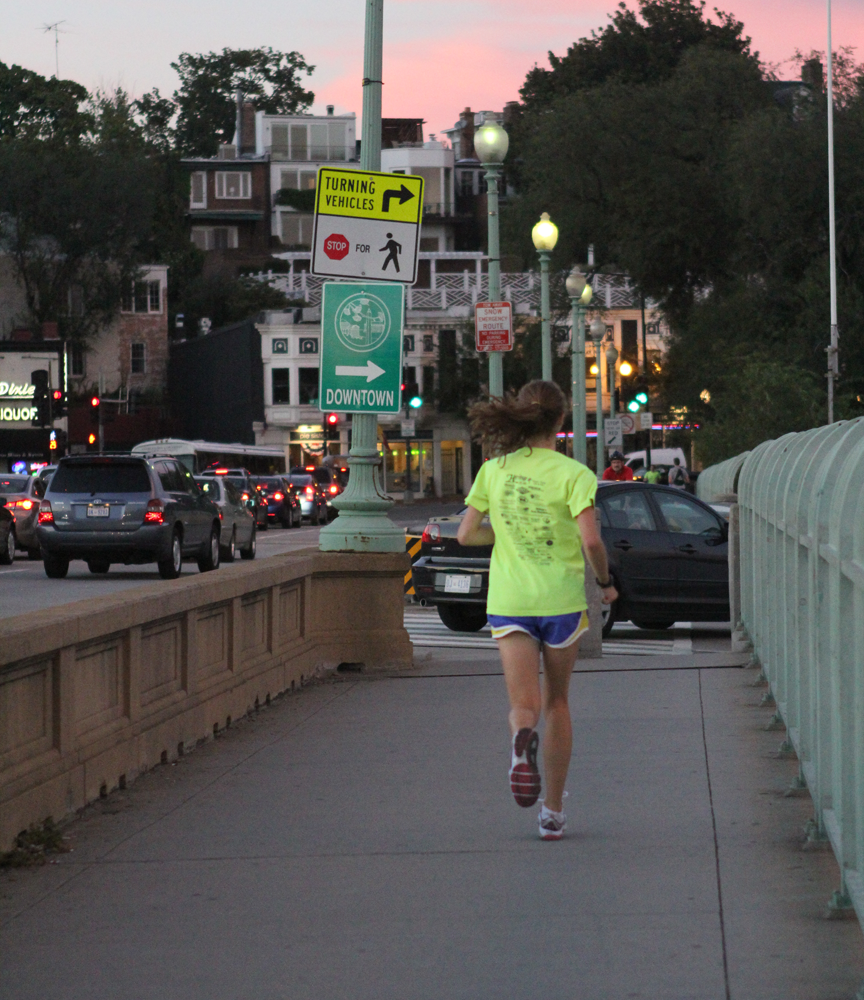 Last week, The Hoya went for a run. We profiled the unique, almost obsessive, running culture in this city. Everywhere you go, people are running around, enjoying the great natural and architectural beauty this city has to offer. But, running doesn’t come so naturally for everyone. If you want to join in with the trend, we’ve got the tips and routes you need to look like a native when you run around town.

The best place for any new runner to start off is probably The Running Company at 3401 M Street. Inside, you’ll find everything from shoes to clothes and fancy GPS watches and pedometers to track your runs. The Running Company also hosts running events for those who need a group to motivate them to tie up their laces and hit the streets. Once you’ve got the attire, download the Map My Run app for your iPhone or Android. Start an account online and track your workouts. Map My Run has the added bonus of using GPS information to track you around on your cell phone. If you want to make running a social activity, consider joining the Georgetown Running Club or Georgetown Triathlon Team.

Part of the reason for D.C.’s obsessive running culture is the enormous network of running trails around town — many of which are within a couple-minutes run from the Hilltop. Here, we’ll highlight some great routes for anyone. Also, remember that the best part of running in D.C. is the ability to explore the city as much as you want to, without having to spend money. So strap on those running shoes, load Google Maps onto your phone, and explore beyond these options if you’re comfortable with it. 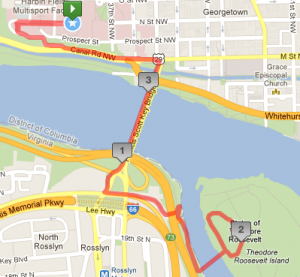 Teddy Roosevelt Island (3.5 miles): This is a great run for anyone just beginning in D.C. It’s quick, relatively flat (which is hard to get when you live at the top of a hill), and simple to navigate. In the map at left, I left from Leo’s through the canal road entrance, then crossed the street and headed across the Key Bridge. Take a left at the sidewalk just before the second stoplight (Lee Highway) and follow the running trail down to the parking lot. From there, take the footbridge across to the island and loop back the same way you came. You can lengthen or shorten the run by taking a longer or shorter loop on the island. There are also plenty of great rocks to rest on while taking in the view of a normally tranquil Potomac. 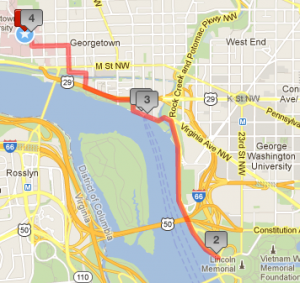 The Waterfront (4 miles): This is the prototypical D.C. run, and it’s again perfect for people who prefer flat runs. The other best part of running along the waterfront is the near-constant breeze coming up off of the Potomac to cool you off or wipe off your sweat. From the Front Gates, follow O Street to 34th or 33rd (either works) and follow the streets across M and then across the footbridges over the Canal until you hit Water Street or the Georgetown Waterfront Park. From there, it’s fairly simple: Just follow the Potomac until you reach the back of the Lincoln Memorial! To extend the run, keep following the river until you reach the Jefferson (which will make the round trip almost a 10k) or keep following Constitution Avenue to the White House. But don’t forget, the National Mall is a long stretch of green, so pace yourself and don’t get carried away. 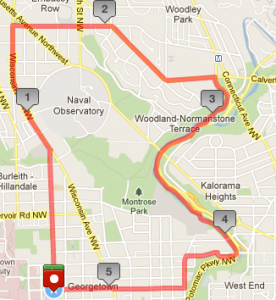 Glover Park to Cleveland Park to Rock Creek Park (5.3 miles): This is hands-down my favorite D.C. run. But it’s only for those who like hills (you run up Wisconsin from Georgetown and then up and down a bit more in Cleveland Park). Also, this run illustrates my favorite thing about running in D.C. — you get to see so much within a short amount of time. In this short run, you pass embassies, the Naval Observatory, the National Cathedral and Dupont Circle, but then you escape the hustle and bustle of the city with a 1.3 mile stretch running through the amazingly beautiful Rock Creek Park. To run this route, start from the Front Gates and head to 35th Street. From there, hang a left and follow until you reach Wisconsin, which you follow uphill until Garfield Street. Take a right on Garfield and follow to Cleveland Avenue. Cleveland dead ends at Calvert Street, where you take a left. Then, take a right onto the footpath before you  reach Connecticut Avenue to enter Rock Creek Park. Follow the running path until the P Street bridge, and take P, Dumbarton, O or N back to Georgetown.