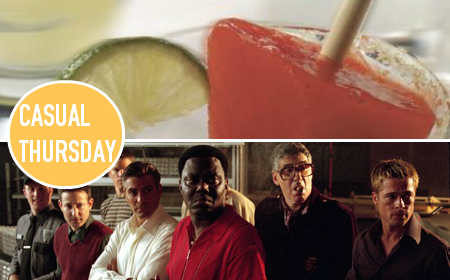 It’s hot out. I know that, you know that, the entire East coast knows that. It can be hard to keep casual when you’re worried about sweating through your shirt, pants, and potentially your shoes, but it is possible.

What’s better on a hot day than a freezing cold popsicle? Answer: nothing. And when you amp it up and stick some booze in that popsicle life gets even better.

END_OF_DOCUMENT_TOKEN_TO_BE_REPLACED 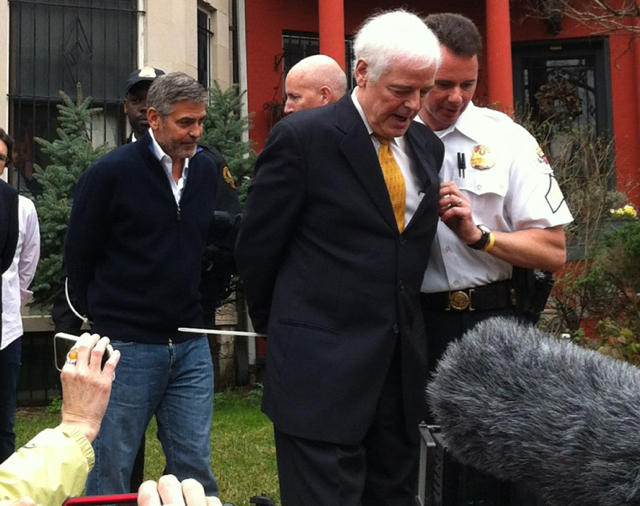 It’s like a scene straight from Ocean’s Eleven. Except replace a Las Vegas casino with the Sudanese Embassy here in D.C. and a gang of eleven robbers with Martin Luther King III and Reps. James Moran (D-Va.) and James McGovern (D-Mass.)

No, these men weren’t caught robbing the Sudanese. Rather, they were arrested in a protest outside the Sudanese embassy this morning, according to DCist and In the Capital.

We tweeted last night that Clooney was in D.C., wondering whether any Georgetown students would be lucky enough to see the movie star and two-time “Sexiest Man Alive.” Now, it appears the best chance to see Clooney this weekend won’t be on a jaunt down to M Street or a stroll to celebrities’ favorite restaurants, but rather from a jail cell.

Clooney was arrested along with his father, civil rights advocates, and the two Members of Congress Friday morning at a protest against actions taken by Sudanese President Omar al-Bashir against residents of the Nuba Mountains, near the border with South Sudan. Earlier this week, Clooney testified before Congress about the worsening humanitarian situation in Sudan, which Clooney visited recently on a humanitarian mission, and later met with the President to discuss Sudan.

Clooney has long been an advocate for increasing aid to the people living in blighted regions of East Africa, and has been an outspoken supporter of increasing aid sent to people in Somalia, Sudan and Chad. Before his most recent visit to Sudan, Clooney visited Chad and Sudan in 2009 and Chad before that in 2008. He has also appeared in and produced several documentaries about humanitarian conflicts in the region.