The rules are simple. Every time you tick off a bingo box, take a shot of espresso. When you have four in a row (diagonals count), you win! We promise you will be adequately hyped and caffeinated to tackle your finals season studying!

Happy studying, and remember that no matter how well you do, 4E loves you (unless you’re a real jerk)! 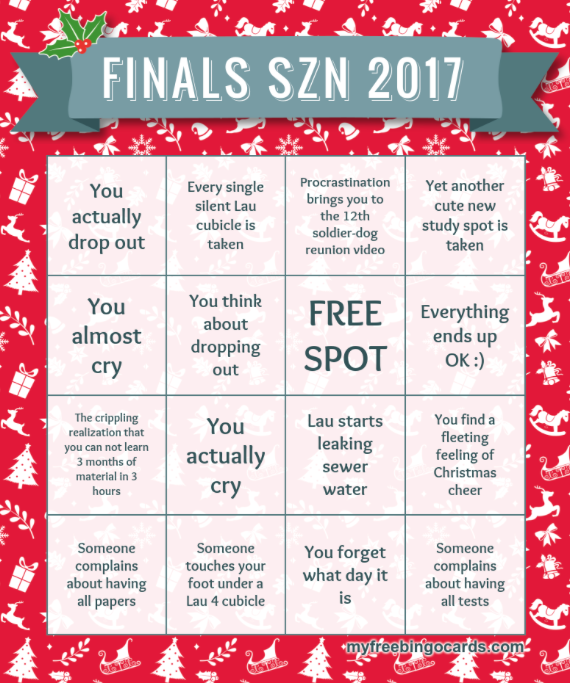 Hello ***Flawless people of Georgetown! It is my distinct honor and privilege to introduce to you to your new favorite game: SIX DEGREES OF BEYONCÉ!

WHAT? You’ve never heard of Six Degrees of Beyoncé?

Don’t worry.  Here are the rules.

2.  A famous DePaul alumnus, Jim O’Rourke, is a famous musician who won a Grammy in 2004 for producing the best alternative album, Wilco’s A Ghost is Born.

3. You know who also took home a Grammy or two (actually five) at the 2004 Grammy Awards?

It’s just too easy. As always, keep heading to The Hoya to catch up on all the latest news and stories, and keep visiting 4E for all your Beyoncé dreams to come true. Until next time, Georgetown.