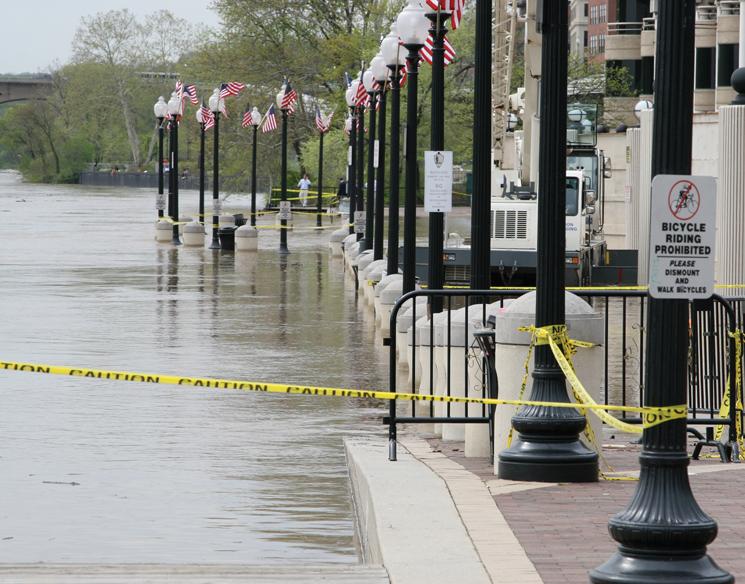 It has been a year since the unfortunate day that the Potomac River flooded the Georgetown waterfront after one of the floodwalls was not raised despite numerous flood warnings. It was a disaster  for many of the restaurants in the area, and while many have recovered and reopened, some businesses are still struggling.

One restaurant, Farmers and Fishers, will remain closed for up to eight more months due to the damage caused by the flooding. Farmers and Fishers may have suffered the most, since an entirely new restaurant is in the process of being built. The restaurant has had to endure property losses in the hundreds of thousands of dollars and has lost about $6-7 million in sales.

However, many of the other restaurants, including Tony and Joe’ Seafood Place and Nick’s Riverside Grille, reopened within only a few weeks of the flooding and plan to reopen again this June in remodeled dining spaces. The Mexican restaurant Cabanas will merge with Nick’s. Sequoia, a restaurant that was forced to close for a month after the flooding to repair damages, will reopen again this summer as well.

MRP Realty, owners of the plaza, has been planning a $20 million reconstruction of the space since September 2010. A 12,000 square foot ice rink is slated to be built for use in the winter months in place of the fountain. The plaza’s lower level will hopefully be completed by the end of 2012, and ice rink may open as soon as winter 2013.