In case you missed the news this past week, marijuana was legalized on Tuesday when D.C. voters approved Initiative 71 by 69 percent.

But take warning … Before you throw a massive Reefer Madness party this weekend and frolic around Healy Lawn, know that this is just the first step toward total legalization.

As such, marijuana use in D.C. has the following stipulations:

1. Initiative 71 will not go into effect until it clears a 60-day Congressional review period.

2. If Congress does not reject Initiative 71, it will only go into effect until February or early March — just in time for April 20. Coincidence? I think not.

3. The law only applies to people over the age of 21. Too bad, underclassmen.

4. You can possess marijuana if it’s under two ounces. Backpack side pockets are finally useful!

5. Sales of marijuana are still prohibited, so please keep that Dean’s office job.

6. You can cultivate as many as six plants, as long as only three or fewer are mature. Good thing campus housing can only hold about five total.

7. And most restricting of all, smoking on campus is still prohibited. This means you will never be able to legally hug John Carroll while high or use the beakers in the biology lab as bongs (which, considering what those beakers normally contain, would be a pretty bad idea).

So hold tight Hoyas, be safe and keep your eyes on the news, because next semester might just get a whooleee lottt greeenerrrr.

As we all come back to campus from Easter break, I’m sure everyone will have plenty of stories to tell about all the cool things they did and the fun they had. However, some of us (myself included) opted to stay on campus for the weekend rather than go home. Why, you might ask? I asked myself that every day for the five-day break. So for those of you who were off enjoying home-cooked meals, dyeing eggs and taking advantage of the warm weather, I thought I’d provide a little insight into how the other half lives. We may have been all alone this week, without even Leo’s food to help drown our sorrows, but we did celebrate Easter in all its glory. And what better way to capture a super-fun solo Easter than cell phone self-portraits? So here, my friends, is a chronicle of my Easter break, in selfies.

Like all good breaks, I started off watching an abundance of Netflix: 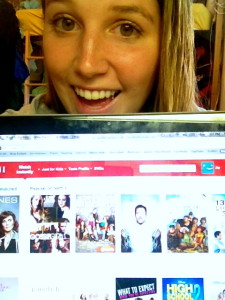 Don’t pretend to judge me. I know you were catching up on all of your shows this week too, only I didn’t have my parents around to nag me about being so lazy. I was also given Easter candy by my parents: 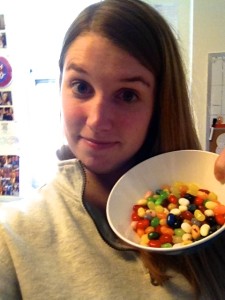 … which I proceeded to shove in my face. Again, I know you all did this too. Don’t pretend you don’t love eating those chocolate bunnies and pink Peeps. 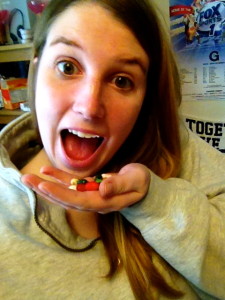 I got a visit from the Easter Bunny!! 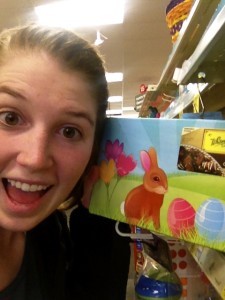 And yes, I just happened to be in a CVS at the time. … The Easter Bunny also left me eggs in surprising places: 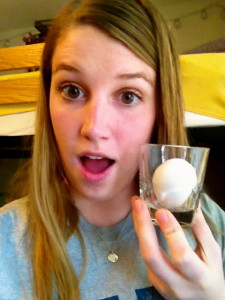 Only the eggs I hid for myself weren’t dyed because I have no food dye … and I may have stolen this egg from my common room. Later, I ate a hearty Easter brunch: 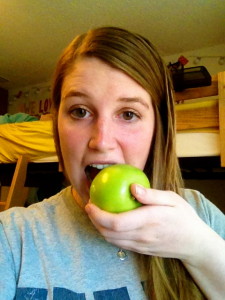 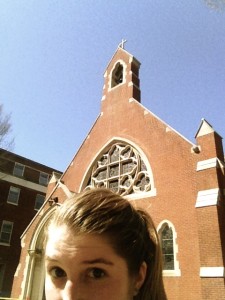 OK, fine, that’s a lie — I took a selfie outside Dahlgren. But I did think about going to church … and that’s got to count for something, right? All in all, my week consisted mostly of naps, Netflix and no one to share in the Easter spirit. After being abandoned on campus for five days, I can’t wait for class to start again (just kidding). But seriously, I’m definitely going home for break next year. 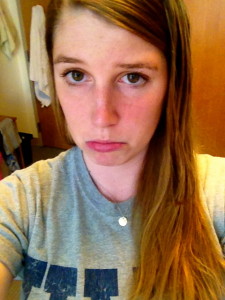 Alright, I may have exaggerated a little. Georgetown wasn’t really a desolate ghost town. Although there weren’t many students around, there were plenty of adults and prospective students who gave me weird looks as I took selfies around campus.