The trees on Prospect Street are starting to change color. The NSO horde has descended upon campus, tasked with welcoming over a thousand new students. Jack the Bulldog is on his way home from a restful summer vacation in Turks & Caicos.

In other words, the start of a new school year is here.

We’ve been away for a while, so 4E has placed several investigative journalists on the scene to inform you, our readers, about the current state of life at Georgetown.

1.  Late Night Leo’s is back. This reporter got eyes on a top-secret Dining Committee meeting in which, praise be, it was confirmed that Leo’s will be both extending its evening hours AND its daily breakfast hours. Things are really looking up. How to take advantage of this upgrade: take your significant other on a romantic date in the sensual ambiance of post-9pm O’Donovan’s on the Waterfront.

2. Senseless construction projects continue to reign supreme. This reporter has gathered several receipts on the noisy, bothersome operations that disrupt the usually idyllic standard of life at Georgetown. From the Hospital Pavilion to the perplexing gated area in front of Regents, prepare yourselves for a year of getting woken up early by drill sounds.

3. Coming Soon: Big Mouth Season 2. 4E’s favorite Hoyalumni, John Mulaney and Nick Kroll, have been killing it with their stand-up specials, Broadway shows and overall hilariousness. The former GU Improv duo made puberty the ~butt~ of many jokes with Netflix’s Big Mouth. Lucky for us, more is supposedly coming our way this fall. Be sure to binge watch instead of studying for midterms. Its what John and Nick would have wanted.

4. Rats. They’re everywhere. Returning students are generally desensitized to the presence of rodents on campus, but it feels like they’ve come back with a vengeance this year. This reporter was personally victimized by several SCREECHING critters on the way back from LXR last night. Just throwing it out there—there’s no shame in taking a SafeRide from ICC to Vil A to avoid them.

5. LIL DICKY is coming to town. Not ~technically~ a Georgetown-specific event, but if you haven’t bought tickets yet for his November 6th show, GET THEM NOW. I’m totally not writing this so I can DM him and tell him that I personally sold tickets on his behalf, causing him to fall in love and have beautiful Jewish babies with me.

6. Kirstjen Nielsen. While most of us were topping off our tans and drinking vodka lemonades, this Georgetown grad spent her summer separating families and interning children in “tender-age facilities.” I can’t *smh* enough about the work of Kirstjen and her fellow #guilty alum, Mr. Paul Manafort.

7. Midterms! I’m not talking about the ones that give you a temporary ulcer and make you question the purpose of higher education. DC is about to be torn apart in a storm of political divisiveness, so hurry up and get yourselves Hillternships ASAP so you can watch it happen. Caveat emptor: you have to actually vote in order to participate.

8. You’re still playing yourself. Georgetown may be one of the top schools in the country, but even great intellect can’t stop smart people from doing stupid things. Locking yourself out of your room for the third time in three days really makes you question the teachers who told you to dream big back in high school. Here’s to a year full of dumb mistakes…

Best of luck everyone! Hoya Saxa. 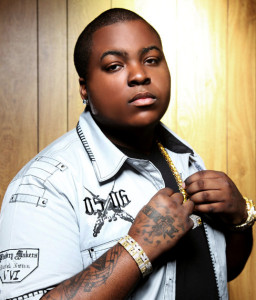 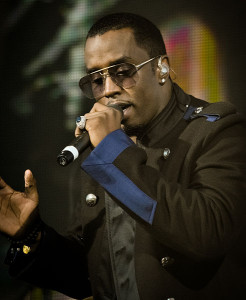 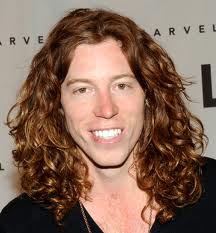 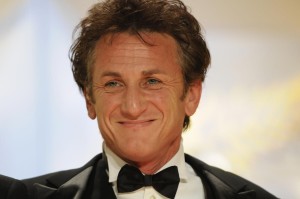 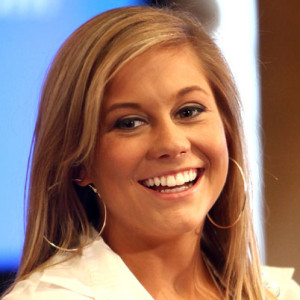 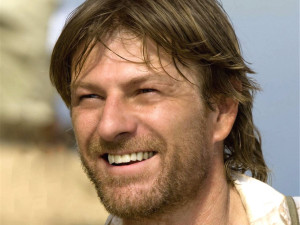 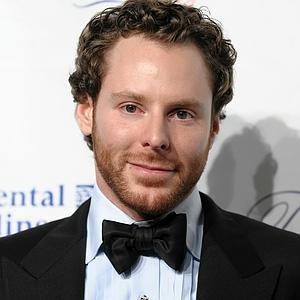 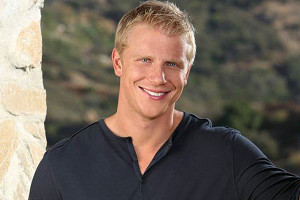 STOP. It’s currently 88 degrees outside, and my body temperature is somewhere between a baked rotisserie chicken and the depths of Mauna Loa. If you’re feeling anything like I am, you’re craving for a respite, a refuge, an escape from the sweaty horrors of D.C. summer. Good thing 4E has got you covered.

Throughout the season, we’ll be telling you all the tips, tricks, and places to go to beat the grueling Washington heat. So before your clothes begin melting into your skin, let’s begin. Here’s this week’s installment of 4E’s Hot Spots to Cool Off.

The best part? Admission is free! – visitors can enjoy syncopated music and jazzy melodies in a cool garden setting, surrounded by the Gallery’s large sculpture sculpture collection. The garden includes pieces by Roy Liechtenstein, Louise Bourgeois and Roxy Paine, among many others.

In addition, guests may purchase food and drinks from the Pavilion Café and the carts surrounding the venue. The café offers appetizers, pizzas, salads, sandwiches and numerous refreshing ice-cold drinks, as well as outdoor grill items including pork sandwiches, Italian sausages and jerk chicken. Moreover, guests over 21 can enjoy a cool selection of on-site alcoholic beverages, including sangria, wine and beer (readers be wary: all outside alcohol will be confiscated, so don’t try to bring any!) However, outside food is permitted, so to get the most bang for your buck, pack a picnic and bring it to the performance.

Concerts begin at 5pm on Fridays and last until approximately 8:30pm. To get the best seating, guests are advised to arrive early. To get the full list of Jazz in the Garden dates and performances, click here, and for more information check out this link (and this link) or call (202) 289-3360.

And in the meantime, stay cool, Hoyas!

Photo: Guest of a Guest

Want to get free seats at T-Swift’s Verizon Center Show? Here’s how it can happen:

Diet Coke will be releasing a series of “Swift-inspired” scavenger hunt clues on its Twitter, @DietCoke, beginning at 8am tomorrow morning! The @DietCoke clues will ultimately lead Swift fans to a secret “Silver Ticket” location in the D.C. area. The first eight fans (who are 18 and older) to reach the secret “Silver Ticket” location will receive two passes to Taylor’s May 11 Concert at the Verizon Center.

D.C. is one of several cities that Diet Coke has chosen to launch their “Silver Ticket” sweepstakes in partnership with Taylor Swift. Swift was recently chosen as a centerpiece in Diet Coke’s Stay Extraordinary campaign, on which she will serve as a brand ambassador for numerous initiatives and ad campaigns.

So what are you waiting for, Hoyas? Forget finals, put down your cup of coffee and forget your struggles! Who wouldn’t want free tickets, especially for something like this:

Here’s a curve ball, Hoyas – there will be a live concert on Georgetown Day this year. At 10:30pm in McDonough Parking Lot, the California band, the 2AM Club, will be putting on a show.

If you watched Pretty Little Liars, their single “Worry About You” was featured in the Homecoming episode.

They also toured with White Panda, Chiddy Bang and Mike Posner last year. In addition, one of their latest tracks, “Mary“, featured Dev.

So, fight your hangover and get yourself out to McDonough on Friday night. And just to clarify, the concert is at 10:30pm, not “2am”. (See what I did there?) 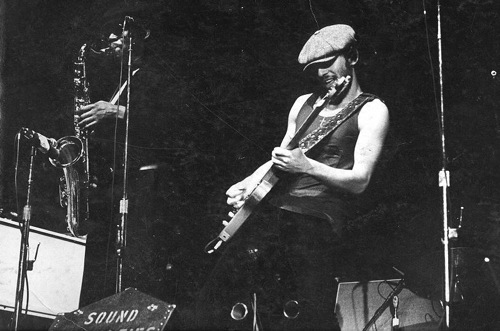 It’s the last weekend before many of us leave campus for Easter break so Best Bets is here to make sure that you find something exciting to do with yourself  before heading home.

Friday:
Go to the Spring Concert with Wiz Khalifa featuring DJ Earworm tonight from 9 p.m. to 1 a.m. You don’t even have to leave campus – just walk right over to McDonough Gym. If you haven’t purchased your ticket yet, there will be approximately 300 tickets available at the door ($25 for GU Students with a GoCard, $40 for Non-Students without GoCard). Even if you are one of the many who only know the lyrics to his well-known song, “Black and Yellow,” it is sure to be an awesome time.

Saturday:
If you are planning on seeing the beautiful Cherry Blossoms this weekend, make sure to check out the Blossom Kite Festival from 10:30 a.m. to 4:30 p.m. Kite enthusiasts compete to win awards in a variety of categories, and top prizes include the Theme Award, People’s Choice, Family Trophy and Highest Overall Score. The event takes places on the grounds of the Washington Monument so the most convenient Metro stations would be the Smithsonian or the Federal Triangle. If the weather’s nice, try Capital Bikeshare.

Sunday:
This Sunday Bruce Springsteen and the E Street Band will be playing at the Verizon Center, one more stop on the band’s spring U.S. tour to promote the their new album, “Wrecking Ball,” which was released on March 6. The concert starts at 7:30pm, and, although tickets are officially sold out, check out sites like StubHub, TicketLiquidator and Craigslist. They might be pricey, but you do what you have to when the Boss is in town.

Fun fact about the photo featured here: it’s from when Springsteen played Gaston Hall back in March of 1974 – you can check out a recording here.