ATTENTION ALL HOYAS! As you may have gleaned from this article, starting Wednesday, Jan. 28 until Feb. 1, the Corp is closing their coffee shops. That’s right, MUG is outie Friday through Saturday, Uncommon Grounds is uncommonly closed on Wednesday and Thursday and Midnight Mug is closed Friday and Saturday. In this time, the locations will be switching coffee brands (from Mayorga to Compass Coffee) and will also be updating equipment.

We at 4E can think of several issues related to this mass closing. The primary question being, Where are students going to get their coffee? Sure, there’s Starbucks in Leavey Center, Epi and Saxby’s, to name a few places. But does Saxby’s sell those cute little empanadas from Midnight? Can Epi satisfy my craving for a Pygmalion? Why doesn’t Starbucks have a location smack dab in the ICC?

As much as people love to make fun of the Corp, it’s undeniable that the organization has a huge impact on student life and student caffeine content. So stop whatever you’re doing (even if it’s the snow dance) and get your coffee while you can. It might be February before you get a sip of that sweet, sweet Red Eye.

After Mr. Smith’s announced its closure Monday, the bar today announced plans to move into the Chadwicks space on K Street.

Luckily, Chadwicks, which has been open since 1967, still has its other location in Alexandria, Va. According to The Georgetown Metropolitan, Mr. Smith’s, which has been around since at least 1962, was forced from its original location on M Street by a rise in the building’s rent.

Obviously we at 4E are upset by this news as it means the end of cheap happy hours and bottomless champagne brunch on the weekends at Chadwicks. But, at the same time, we’re happy to see that a Georgetown institution — Mr. Smith’s — will live on.

Popular M Street spot Rhino Bar and Pumphouse will be closed through the weekend, leaving thirsty Hoyas looking for another place to spend their late nights.

After a February sting in which police officers found two underage girls with fake IDs and an underaged Georgetown student drinking a Bud Light inside the bar, the D.C. Alcoholic Beverage Control Board forced the temporary closure. In addition to being shuttered through this Saturday, July 12, the bar will have to pay a fine of $3,000.

In the end, I don’t know what’s more surprising: that they only found two people with fakes at the bar or that they found a Georgetown student drinking something as highfalutin’ as Bud instead of Burnett’s or Natty.

Anyway, I’m sure Rhino says sorry for not serving their delectable hot wings for a few days. And while these next five days might be difficult for some of the more dedicated Rhino-goers among us, we believe in you. To help, we compiled some options for how to cope with your loss:

From Old Glory and Rí Rá to El Centro and Gypsy Sally’s, there are plenty of other places close to campus where you can get your drink on. And while they might not have the familiar atmosphere or abundance of Georgetown students, you might be surprised and find a new Georgetown favorite.

2. Use the opportunity to explore bars around D.C.

OK, so your favorite Georgetown bar is out for the count — at least this weekend — but there are hundreds of cool bars around the District. Take the chance to get familiar with a few of these options.

3. Hang out with underage people.

I’m actually pretty OK with Rhino being closed for the next few days because, as an underaged Hoya without a fake (you’re welcome, Mom), it means that more of you will be forced to hang out with me. So take advantage of the closure and do just that.

Together, we can get through the next four days without Rhino. Stay strong, Hoyas.

H/t to The Georgetowner

We know you’ve all been busy backpacking around Europe, interning your behinds off, catching up on credits in summer school, or sleeping until 1pm every day in your hometown so you may not be up to speed on all things Georgetown. There’s been a lot of noteworthy summer news, so 4E is here to catch you up with some of the highlights.

Click on the titles for the full story from The Hoya.

Blatty’s catholic criticism –  “William Peter Blatty (COL ’50), author of the “The Exorcist,” submitted a petition … to the archbishop of Washington, D.C., calling for Georgetown to comply strictly with canon law or be stripped of the right to call itself a Jesuit and Catholic institution”.

GU Turkish students participated in protests – Hoyas in D.C. and Turkey alike joined in the protests against the Turkish government.

President Obama speaks at Georgetown – President Barack Obama became the 14th president to deliver remarks from the Old North steps with the announcement of his plan to curb climate change.

Northeast Triangle developments – The University, in collaboration with Sasaki, released a preliminary design for the Northeast Triangle Residence Hall across from Reiss Science Building, which officials hope to be completed for fall 2015. The design and location of the dorm were criticized by students and alumni. The Advisory Neighborhood Commission 2E approved the plan, but the Old Georgetown Board postponed deliberations until Sept. 4.

Parking prohibition –  After a change to the Code of Student Conduct, students will no longer be able to bring cars to campus.

Fake stabbing – A student claimed he had been assaulted outside of The Tombs and stabbed in the left arm and knee, but later admitted that he had been injured after punching a car window.

Mascot troubles – Georgetown’s Office of Communications confirmed that Bulldog Jack Jr., the mascot in training, was leaving and would not become the next mascot. The bulldog had to leave because of behavioral issues. J.J. bit a child last fall and the university settled with the parents of the child. “Objective experts” evaluated J.J. over 15 months and determined that he was not suited to be a mascot, according to University Spokeswoman Stacey Kerr.

“J.J. moved in with a local family with experience raising bulldogs on Sunday after a successful trial run at their home.

New restaurants to come in Hoya Court – The opening of Elevation Burger, Salad Creations and a larger Subway in Hoya Court are now scheduled for October.

We must all bow our heads for a moment of silence for Tuscany’s. Given their recent closing (potentially temporary?), I’m sure that those of you on campus are in need of a new late-night snack place to wind down after your nights of debauchery in D.C.

Look no further! 4E is here to help with some alternatives for your munchie needs.

Epicurean (If you don’t know where this is…you probably don’t go here) – Will be open 24/7 come the fall, but here are the summer hours! Especially convenient for you Burleith-dwellers.
Full bar open until 2 a.m.
Full restaurant closes nightly at 10:30 p.m., limited food options available after 11 p.m.
Restaurant will close completely only from late Sunday night to early Monday morning.

None of these can fully replace Tuscany’s in our hearts (and stomachs), but hey, a Hoya’s got to eat! 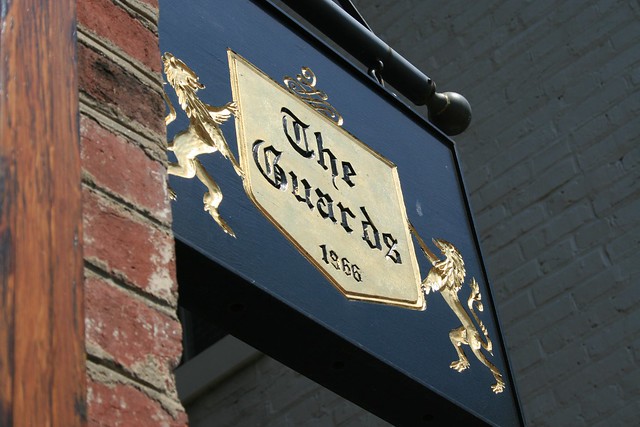