Yesterday, while you were celebrating America, Perez Hilton was taking in the sites of Georgetown and Washington, D.C. Before venturing over to Georgetown, the celebrity blogger spent time at some of D.C.’s most popular tourist attractions on July 3 and 4. He posted the picture below to his Instagram account of him with his mother, Teresita Lavandeira, and his 1-year-old son, Mario Armando Lavandeira III,  at the Capitol.

Later in the day, Hilton visited some of Georgetown’s classic spots. He conquered the Exorcist Steps:

He was put off by the line outside of Georgetown Cupcake. Clearly no one told him about Baked and Wired:

@GTownCupcake Was hoping to stop in and get some cupcakes but the line today was crazy. Good problem to have! Ha pic.twitter.com/oepLfCmTs7

And he had the same thoughts we all have when walking past the gigantic townhouses in Georgetown — I wish I could live here:

I could live in #DC! So beautiful and so much to do here!!! #Georgetown pic.twitter.com/cwDhMNiSRx

Finally, he made his way to campus and was as impressed as we all were the first time we saw Healy:

He showed off his patriotism on the lawn:

We can’t think of a better way to spend the Fourth of July than visiting Georgetown’s campus — good choice, Perez.

This is the most important thing you’ll do all semester, possibly in your entire lifetime. We’ve laid it out for you, nice and easy. 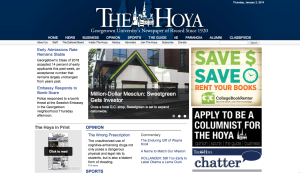 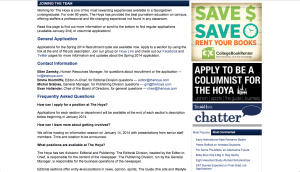 3. Apply to be a writer for us at The Fourth Edition. 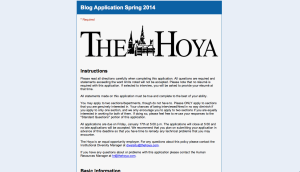 There. Easy as pie. Applications for The Hoya are officially out now (and they’re due Jan. 17). Here’s the link again, just in case. Apply now, and you won’t regret it.