Remember when Snapchat let you see your friends’ best friends? Remember how many relationships were ruined and crushes were exposed? Well, Snapchat has officially turned over a new leaf: it now shows special emojis when you’ve been best friends with someone for a while. The app is essentially supporting long term, monogamous snapping relationships.

By now we all know the emoji categories – the happy smiley, the grimacing smiley…But if you need a refresher, see our article here.

As always, when you are your #1 best friend’s best friend, you get a gold heart next to his or her name.

But now, if you’ve been best friends for two weeks, you get a red heart.

And then, when you’ve been best friends for two months, you get the two small pink hearts. It’s lovely.

Bonus info: if you reach a 100 day snap streak, the fire emoji becomes the 100 emoji. Keep snapping and stay loyal!

Special thanks to emojipedia.org for the deets.

If you are an avid snapchatter (like myself), you may have realized that a new Snapchat update is upon us! Oh the joys of ever changing technology!

Snapchat is now using our favorite texting aid *emojis* to rank your best friends. While this is personal (i.e. only you can see the emojis), this change has still gotten 4E beyond excited!

Here is what the emojis mean:

Gold Heart- This emoji means that you and the other person are #1 besties. You send this person the most snaps and they send the most snaps to you, too. Basically you guys are either lovers or inseparable best friends. 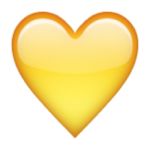 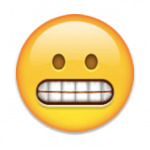 Smile- This emoji signifies one of your best friends. You send this person a ton of snaps, from Oscar-worthy videos to that photo you took because you were bored. Sorry not sorry that my best friends have to deal with all my incessant snappin’. 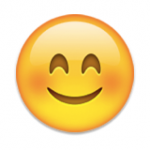 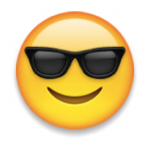 Smirk- This emoji signifies the ultimate diss. It means that you are their best friend, but they are not yours. Thank god they can’t see this, but it most likely will make you feel guilty and force you to send them a ton of sympathy snaps. 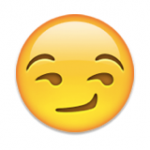 Fire- This emoji is the compliment to end all compliments. You guys are on a snapchat streak! Either you are besties missing each other or you are both too obnoxious on social media. Nonetheless, you have been snappin’ back and forth for the number of consecutive days indicated. Congrats! 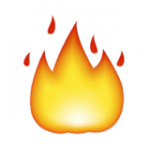 But wait, there is more! Snapchat has also installed a low-light camera. This feature is found in the “Moon” icon at the top of the camera and lets you turn on/off a low-light mode for those hard to see snaps.

Snapchat’s final new feature is the “Needs Love” feature, which lists people who you haven’t snapped recently and need some attention from you. Good for Snapchat, trying to spread the love!

Where do you fall on the Snapchat Best Friend scale?!

Thanks TechCrunch for this important news about our favorite app!

Georgetown Improv’s first show of 2015 is tomorrow, Jan. 24, at 9 p.m. in Bulldog Alley. Please, try to control your excitement!

I had the privilege of sitting down (well, standing at the front desk in Davis) with four members of the improv team – Connor Rohan (COL’ 16), Joe Luther (COL’ 16), Thomas Moakley (SFS ’17) and Caitlin Cleary (COL ’16). (The other members are Gabe Bolio, Alex Mitchell and Emlyn Crenshaw.)

4E: Where are you guys from?
Thomas: Cape Cod. Fun fact: it’s actually fifteen towns. I’m from Falmouth – people say it’s a scientific community, but I just call it home.
Connor: I’m from Bethlehem, New York, which is actually made of hamlets.
Joe: I’m from River Forest, Illinois. It was found in the 1870s during the railroad boom when wealthy people were looking to get out of the slums. It’s a slum haven. A slaven.
Thomas: Caitlin is stateless. She doesn’t belong anywhere.

Caitlin comes in late, cheeks pink from running. She has a slight cold, which only serves to make her the most beautiful woman the group has ever seen. (-Caitlin)

4E: Are you guys ever nervous during a show?
Connor: I get nervous when the audience isn’t responding, even if I’m not in the skit.
Joe: Yeah, but I’m comforted by the fact that there’s seven of us.
Thomas: I get nervous moments before the show but during it, we rely on each other. Except Gabe, who likes to eat with his “friends” at Leo’s instead of with me.
Caitlin: I get really nervous before shows. We do the warm up song and if it weren’t for the warm up song I wouldn’t be able to do the show.
Joe: Being on stage is kind of like being blackout –
Caitlin: But without the shame –
Joe: In that it’s a ton of fun but you don’t remember anything.

4E: How did you guys get into improv? Did you know you were funny?
Connor: Well I actually went to George Mason, so I was involved in a similar group there.
Joe: Like yeah I know I’m funny, but I don’t like to say it.
Thomas: I did acting in high school.
Caitlin: My roommate forced me to audition.

4E: If you could have any celebrity guest join you for a show, who would it be?
Caitlin: I think the best people to have in an improv show would be people that you don’t think are funny… like maybe Donald Trump.
Thomas: Pope Francis so he could finally tell people who impersonate the pope using an Italian accent that the pope hasn’t been Italian since 1976.
Joe: Thomas has a crush on [Massachusetts Governor] Charlie Baker.
Thomas: I used to have a crush on John Boehner for three reasons: his hair looks really soft, he has really nice eyes and he’s got nice tie knots.
Caitlin: That’s what I look for in a leader.
Connor: I’ve heard you say so much about politicians but I’ve never heard you talk about policies.
Caitlin: Thomas has a Boehner boner.

4E: How do you prepare for shows since none of it is rehearsed?
Caitlin: We don’t have rehearsals, we have practice. For the plebeians reading this, it’s a lot like soccer practice – you learn the skills you’ll use in the game but you can’t rehearse because the game isn’t predictable. Neither is the show.
Thomas: Caitlin is just using a sports analogy so she seems like less of a nerd.
Caitlin: Go Pats! Just kidding, I don’t follow baseball.

4E: Do you guys have like partners that you usually go up with?
Joe: No, it is just based on the chemistry before the show.
Thomas: But it’s usually based on whom you’re comfortable with.
Caitlin: Yeah like it’s about increasing intimacy. The more I get to know these people, the more I realize they’re just full of sh*t. Let that be my quote, literally and figuratively.
Connor: But it really is just who you’re comfortable with – like I probably wouldn’t go up with Caitlin.
Caitlin: We don’t work together. I am the beautiful amphibian that should be allowed to thrive and Connor is the chytrid fungus that destroys me.

Thomas: Tell them that bipartisanship is important no matter what state you are from. Good luck to Massachusetts’ new governor, Charlie Baker.

Caitlin: Your microbiome contributes more to your immunity than just your immune system.

Joe: So The Hoya just celebrated its 95th birthday.
Thomas: My friend’s grandma would have turned 95 but she died a few weeks ago.

Thomas: Instead of COL next to my name can you write “DMASS” as in Democrat, Massachusetts?
Caitlin: Can you put a U in there so it says “DUMASS” and people know he’s a dumbass?

Joe: Do you know the title of this article? You could say, “It seems like it’s so fun to hang out with them!”
Caitlin: Or “How are they single? They’re all great people!”
Thomas: Maybe it’s because Caitlin is so enigmatic. She’s like a unicorn.
Joe: So this is for the blog, but will it make it onto the front page of the paper?
4E: The blog is not even in the newspaper.
Connor: Well fu*k. I think we’re done here.

Be sure to check out Georgetown Improv this Saturday and get ready to fangirl so hard for all of these amazing comedians.

Well, here’s the news all you Nutella lovers have been waiting for. Starting June 14, the Nutella truck has been making its sequel debut, straight from God’s heart into your arms and bellies. You might have been caught off guard by the word “sequel.” Could this magical event have possibly occurred before without your knowledge?

Never fear, because last time around, the 4E had you covered with the full scoop! This time around is the same, except even better because Nutella is celebrating its 50th anniversary! So get your dancing shoes on, warm your stomachs up and enjoy the birthday of your best friend ever.

This weekend, the truck is going to be at the Freedom Plaza (1455 Pennsylvania Avenue, NW) for something called the Safeway BBQ battle. We’re not exactly sure what this is, but it sounds amazing. The truck will be around from 11 a.m. to 4 p.m., so make sure to stop by and pick up your free samples with bread and waffles. I’m just going to give you, the reader, a few seconds to take that in. Free samples of Nutella are available this Saturday and Sunday! According to the weather forecast, the weekend won’t even be as painfully hot and gross as these past few days have been. You’re basically obligated to stop by the truck!

Follow the comings and goings of the Nutella truck, and the Nutella corporation in general, at https://nutellausa.tumblr.com/. And spread the word — everyone should get a taste of freedom (that is, a taste of Nutella at Freedom Plaza).

Special thanks to DC Dining Guide for the heads-up.