One of the tenants of “basicness” is (apparently) an affinity for stereotypical posts on Instagram of things like Starbucks lattes, nature shots and Healy Hall.

For those of you who don’t know, Instagram is a platform that allows, and sometimes encourages, even the most manly bros to sway towards “being basic.”

The quest for likes on a post brings out throwbacks, pet pictures, sunsets and Christmas cards. While I will admit to being guilty to posting (almost) all of the above, someone has decided to compile the most basic bros on Instagram, and I haven’t quite made the cut. I present to you: Bros Being Basic.

This account is made up of fan-submitted pictures, and the bros out there have not disappointed.  Here are some of 4E’s favorite submissions from the broiest bros of the web. 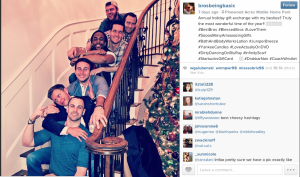 While most bros will take a solid Christmas card picture with their “boys”, these guys pulled off one of my favorites. 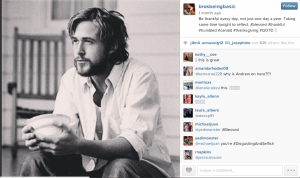 One of the original submissions to the account, I guess everyone is thankful for Ryan Gosling, even if they won’t admit it publicly. 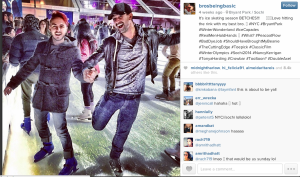 Just a couple bros out bro-skating on their bro date. Nothing wrong with that. 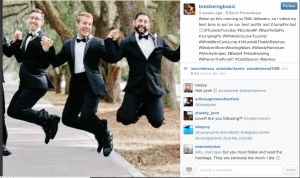 The classic “we are all dressed up nicely, so let’s take a picture of us jumping in the air.” Doesn’t get more “basic” than that. Except… 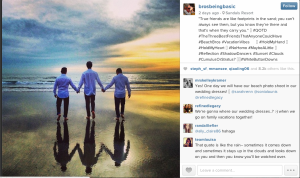 Cheesy/heartwarming caption? Check. Matching outfits? Check. Unbelievable sunset and scenery? Check and check.  Could this be the most “basic” photo any bro has ever posted? Possibly. However, they just set the bar incredibly high for what constitutes a good ‘Gram.

Think you and your bros have what it takes to be featured with other Bros Being Basic? Submit a picture to [email protected], and maybe you’ll be featured in a Manly Monday someday.