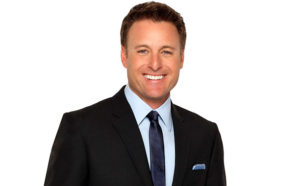 Freshman year of college is like the first episode of New Girl or the sex-ed class in 5th grade- awkward. But it’s okay because you’re a freshman and you get to embrace this identity throughout all of those moments that make you cringe, want to dive into some water, put a bag over your head, etc. When you’re a sophomore it’s still pretty awkward and you have less of an excuse to embrace it (but you of course do anyway). Have no fear though because by the time you’re a senior, well you know what they say: it’s only awkward if you make it awkward. And well, you still probably are.

4E is ripe with a haul of self-proclaimed awkward experts. Had an awkward moment? It’s most likely that we’ve been there, and back, too many times. So for those times when you’re torn between hiding under the covers or breaking free out into the world, we’re here to push you toward the latter! Let us now walk you through a few scenarios and some strategies for conquering them.

1. First, the classic name game. You’ve met 1,000 people this year and you’ve remembered about 6 of their names. When the moment arises that you forget someone’s name, you can…

2. Next, you are walking behind someone that totally looks like that person that’s in that group with you. They’ve got the same hairstyle, cool shoes, and the same build. Rather than awkwardly walking directly behind them to class you jump ahead and start talking. But then you realize it’s not the person whom you thought it was. You can…

3. A friend asks you on a date. You had just settled in for the night, aka you only have a t-shirt and underwear on and you hear a knock at your door, “So, I was wondering if you would want to get dinner later this week?” You can…

4. An actual date. Let’s say it was coffee. Here we shall focus on the goodbye. You just departed Saxbys and are heading in the opposite direction of your date. You can…

5. Your professor overhears saying something you would rather them have not heard.This could be anything from the Saturday night that you wish to never relive, to how you haven’t done in the reading all semester. It’s all awkward. You can…

6. Alas, the person you’ve been seeing asks ‘what you guys are.’ You can…