Today is Uber’s “Puppy Bowl” celebration. This means that they are delivering puppies straight to your office until 3:00 pm! For only $30 you get 15 minutes of puppy playtime.

All profits are directly donated to the participating animal society; for us, that’s the Washington Area Rescue League.

The best part: all the puppies can be adopted. Most Georgetown students can’t really keep a dog on campus (I know, we’ve all thought about it), but today might be the day you can convince a professor, recent graduate or family friend to adopt a fuzzy playmate. Plus, if you live off-campus, no one will ever know about your extra roommate.

If you still use antiquated taxicab services because you’re old, lame and living under a rock, you can use special promo code PUPPYBOWL2015 to get $20 off your first Uber ride.

So quick: download Uber, use promo code DCpuppies and make a new friend!

Chips? Check. Five large pepperoni pizzas? Check. A friend to help you finish them? Check. Now what? The worst part about Super Bowl Sunday is all of the hours before the Super Bowl when you have nothing to do. Everybody knows there’s no point in expending energy or doing anything but sitting on the couch watching the game.

At least that used to be the case, until some genius in a fancy apartment in Manhattan invented the Puppy Bowl. You heard me: It’s like if football and puppies mixed and the result was a lot of puppies running around being adorable. And there’s even a kitten halftime show, featuring a particularly bold kitten parachuting into the stadium. Think it can’t get any better? How about the fact that, aside from a few (hopefully) animal-trained humans, the referees are largely penguins standing next to large blocks of ice. I honestly couldn’t make this up even if I wanted to.

You might be asking why such greatness exists on Earth right about now. The Puppy Bowl is staged to raise awareness for pet adoption, and all featured puppies and kittens (60 and 30, respectively) are up for adoption! If you like what you see, make a call and you could have a Puppy Bowl champ to love. This year’s lineup is expected to be the most talented bunch yet. Without further ado, here are our top four picks for the 10th annual Puppy Bowl, airing Feb. 2 at 3 p.m. on Animal Planet. Be there or it will be your biggest regret of 2014. 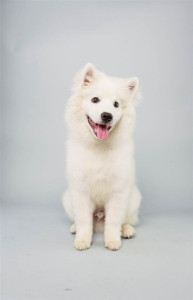 Name: Brody
Breed: American Eskimo Dog
Age: 15 weeks
Why we pick him: Brody plays football simply because he loves football. He is happiest running around the stadium, chasing after the ball. That passion will take you places. 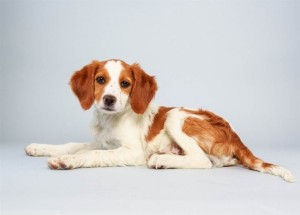 Name: Laney
Breed: Brittany Spaniel Mix
Age: 13 weeks
Why we pick her: Her back leg is ready to pounce. This girl’s got game and she isn’t afraid to show it. Better watch out, pups. 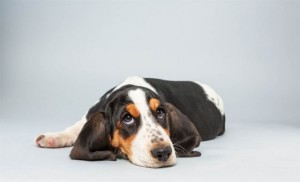 Name: Lily
Breed: Basset Hound
Age: 13 weeks
Why we pick her: Her eyes are so full of wisdom. She’s also got the largest ears of the bunch, so she is always in the know. 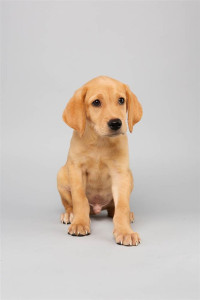 Name: Abdiel
Breed: Labrador/Terrier Mix
Age: 13 weeks
Why we pick him: He’s got his game face on. Always.

All Puppy Bowl photos courtesy of The Small Screen Scoop – Click the link to see the full lineup!

The world, or at least Washington, D.C., can’t get enough of Bao Bao. Your little black and white cookie, who you may have played a part in naming, is working hard for her money, so you better treat her right. In other words, you should go to visit her. Now.

You know when every old person tells you the story about that time they went to a Rolling Stones concert the night before a midterm rather than studying and it was one of the best decisions they ever made so you really shouldn’t take college so seriously? You don’t have a midterm tomorrow. The reading you’re doing probably isn’t necessary. Visiting Bao Bao may become one of the best decisions you ever make, and then when you’re an old person talking to a young college student you, too, can tell them about the wild and crazy time you cut class to see a panda.

If you absolutely can’t make it, then you’ll totally be missing out, because anybody who’s anybody will be there. But I guess you can watch this video from the National Zoo instead to try and understand a bit of the adorable fuzziness you’re missing out on:

So you’re a news junkie, constantly checking for the next breaking story instead of doing, y’know, work stuff.

All that doom-and-gloom news can start to weigh a little heavy on your mind, so it’s good to throw in some light-hearted fare, and there’s no site quite as perfect for that as The Fluffington Post. Billing itself as “The #1 news source for FLUFFY ANIMALS,” the Post is the ultimate source of cute animal pictures and hard-hitting news stories like “Puppy is nervous about first day of day care” and “Cat and Dog kiss on a dare.”

If you have one animal in particular that fills your heart with joy, they have tabs to sort out Puppies, Kitties, Bunnies, Birdies, Rodentia, Menagerie and, my personal favorite, Petflix! You’re even able to submit your own pictures and stories to spread some cute to the entire world.

So take a break from Huffington, and turn instead to Fluffington. You’ll thank me later.