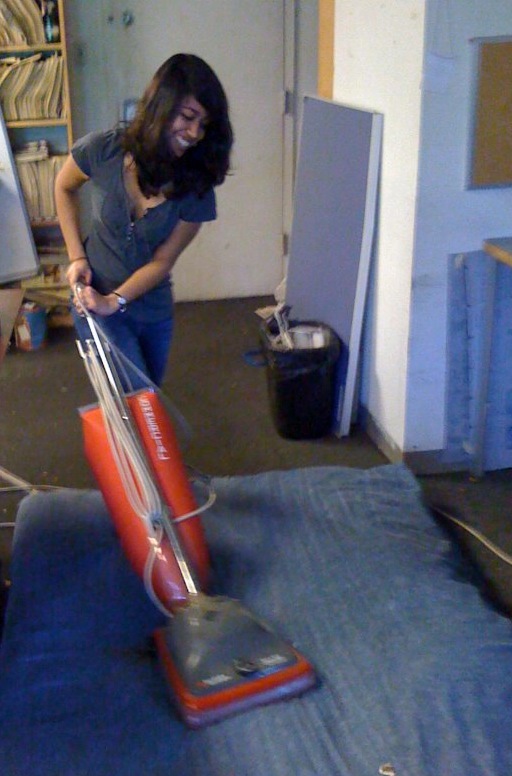 Why were you chosen for Staffer of The Week?

I, along with the fabulously talented Steven Piccione, and with the design skills of Suzanne Fonzi, conquered our super ugly homepage, and hopefully made it a little less ugly. I can’t really use technology (e.g. cell phones), but now I can write code! It also probably helped that there was no issue today, so Victoria (Managing Editor) didn’t have many people who did stuff this week to choose from for Staffer of the Week. (Editor’s note: She’s just being modest!)

I can be a total nerd and still feel loved. Also, getting to meet some awesome people.

What is your favorite memory with the Hoya Staffers?

Late nights in the office when I was Executive Editor, hanging out, chatting, and watching YouTube videos with the rest of the staff long after we finished production, even though it was 3am and we all had homework we probably should have been doing or sleep we should have been catching up on.

Which Hoya Staffer do you think is most likely to receive a show on TLC? (Or be on an already existing TLC Show?) What would it be about and why would he/she be chosen?

Sarah Kaplan and Remy Samuels. Georgetown Cupcake and Cake Boss ain’t got nothin on their baking skills. (Writer’s Note: Sarah, Remy, if you’re ever in need of someone to taste test, hit me up.)

Describe Danny Funt’s (Current Editor-In-Chief) fashion sense in a haiku (Editor’s note: this is a really weird question, but I like it).

Fact: I have a really hard time counting syllables. I think I missed that unit of kindergarten or something. So sorry if that isn’t actually a haiku.