Once a week, The Hoya recognizes one or two staffers who have done a particularly awesome job — now you can get to know about them, too. Here’s our interview with Staffer of the Week Sam Abrams: 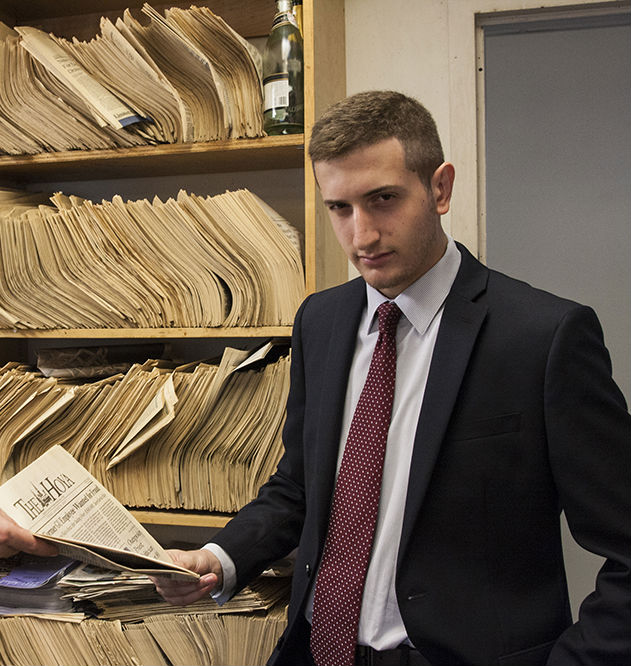 Why did you earn Staffer of the Week?
I have no clue, but it seems like they’re just going down the chain of command. The printer got it last week. [Ed. Note: Sam earned Staffer of the Week for his work on the Basketball Preview.]

What’s a song you can’t stop listening to right now?
Well, former Libyan dictator Muammar Gaddafi was quoted in the 2009 work Nonproliferation Norms, “The times of Arab nationalism and unity are gone forever. These ideas which mobilized the masses are only a worthless currency. Libya has had to put up with too much from the Arabs for whom it has poured forth both blood and money.” So I guess I’ll go with “Shake It Off.”

If you could be any vegetable, what would you be and why?
Cauliflower, because there are so many ways to prepare me, but raw is still the best.

If your life was made into a movie, what would the title be and why?
Probably “Fast and Furious 8”, because they’re on 7 right now and when they make the next one, they will either have to skip straight to 9 or have to buy the rights from me. Also, I’ve always wanted to meet Paul Walker.