Every morning I take a 10-mile run and immerse myself in the musical stylings of Kelly Clarkson for an hour or two. Actually, that’s completely false (just the first part), but I thought it was a fitting intro to this article about the relationships between music and working out.

Areas of research on workout music have been expanding in the past years. Many people acknowledge that they have a better experience working out to certain jams, but many don’t consider that their favorite workout playlist might actually be improving their workout performance.

Research has found that when listening to music, “people run father, bike longer and swim faster than usual.” 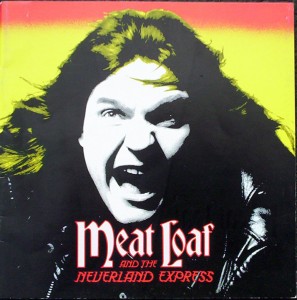 The effect of any type of music varies with each respective person. Commonly, people find that songs with faster beats and more bass help them to “get pumped” (Brandenburg Concerto No. 2, III is my personal favorite). Though tempo is one of the main considerations when it comes to workout music, there are other factors that one should consider when determining an optimal workout selection. One of these factors is what scientists call “rhythm response”—basically a fancy way of saying “how much a song makes someone want to jitterbug” (or twerk…if you’re into that). Sometimes a person’s motivation might even be dependent on how much he or she identifies with the singer’s emotions.  It’s all really subjective.

Some psychologists, though, hypothesize that people have a natural preference for songs with rhythms of frequency 2 hertz, or 120 beats per minute. People often settle into rhythms of 120 bpm when walking or tapping their fingers. An analysis, “…of more than 74,000 popular songs produced between 1960 and 1990 found that 120 bpm was the most prevalent pulse.” 2 beats per second just seems like a rhythm that we, as humans, innately gravitate (and groove) towards. When running, however, 180 bpm appears to be the preference. Don’t be so eager to transform your playlists, though: research suggests that anything over 145 bpm doesn’t really do anything more for those abs—sort of like how any sunscreen over SPF 45 is somewhat trivially labeled.

To many scientists, “getting pumped” simply doesn’t suffice as a reason why music helps us exercise. Researchers have found that music specifically contributes to our ability to exercise more effectively by distracting us from pain and fatigue, elevating our mood, increasing our endurance, reducing perceived effort, and perhaps even promoting our metabolic efficiency.

Just for the record, Paradise by the Dashboard Light happens to be 180 bpm. For more (however inferior) 180 bpm song suggestions, go here.

The bottom line, though: Meat Loaf is a great diet choice.

Simply Science is a reoccurring post that aims to make recent scientific discoveries accessible and applicable to the Georgetown student.