In Tehran, Iran’s nuclear program was born and raised, in centrifuges is where it spent most of its days. Maxin’ out, enriching, playing it all cool, fooling inspectors and breaking the rules. When John Kerry appeared, he was up to some good, tryin’ make peace in the Middle East neighborhood. Iran struck a deal and Israel and Saudi Arabia got scared, they said, “Yo, John this new deal you got isn’t so fair.” 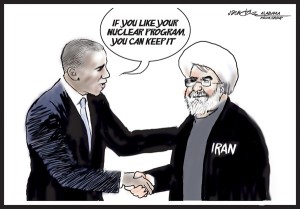 On Nov. 24, the United States – together with the United Kingdom, France, Russia, China and Germany – struck a historic deal with Iran.

Since 1979, the United States has imposed sanctions on Iran in response to Iran’s nuclear program, which began in 1957. The United States, along with the other five permanent members of the United Nations Security Council, perceived a nuclear Iran as a threat to international stability and the balance of power. Under the Nuclear Non-Proliferation Treaty (NPT), Iran is legally permitted under international law to produce nuclear material for peaceful purposes. However, Iran’s legitimacy in claiming peaceful purposes has often been called into question. Therefore, the United States and the United Nations imposed defensive sanctions against Iran to destabilize and cripple its nuclear program. (For those who don’t know, sanctions are national “time-outs” with tremendous economic repercussions.) In the case of Iran, sanctions caused the Iranian currency to drop 80% in value. 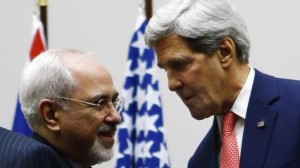 This brings us to last week in Geneva, Switzerland – the home of indecision, chocolate and watches – where the United States and Iran struck an short-term, six-month deal to prevent Iran from developing a nuclear weapons program in exchange for a “modest relief” from sanctions. Even more impressive, Iran joined other powerful nations at a negotiation table. “For the first time in nearly a decade we have halted the progress of the Iranian nuclear program,” President Obama said.

What will Iran do? Iran will lessen its stockpile of uranium – yellow powder that goes kaboom – enriched to 20 percent. Although uranium isn’t bomb-grade until it’s enriched to 90 percent, 20 percent is too close for comfort. The deal also requires Iran to stop all enrichment above 5 percent (enough to generate electricity from nuclear energy) and dismantle all accompanying equipment to ensure that remaining nuclear infrastructure is for peaceful purposes. Lastly, Iranian nuclear facilities will be subject to daily inspection by the International Atomic Energy Agency (IAEA).

What will the U.S., the U.K., France, Russia, China and Germany do? They will lift some sanctions formerly imposed on Iran, thus providing Iran with an additional $1.5 billion dollars in revenue … but that’s only a fraction of what is still frozen by sanctions. Ultimately, the ease in sanctions is “limited, temporary, targeted and reversible relief to Iran,” according to CNN.

Can we trust Iran to hold up its end of the bargain? Only time will tell.

One Reply to “Poli Sci for the Average Guy: What’s the Deal with Iran?”