Tonight at 7:30 p.m. EST on NBC, the world will discover that Sochi is a real place. World-class athletes from almost 100 different nations will participate in an event first held 3,000 years ago in Olympia, Greece. Although today we use the Olympics to celebrate the gods among men rather than the gods themselves, the Olympics remain the lynchpin of the international sporting community.

However, it’s not all about luging — but if it were, I wouldn’t complain. Time and time again the Olympics have provided a platform for political revolution and revelation. By hosting the 2014 Winter Olympics, Russia has invited international criticism of many fronts.

In the late 1800s, Sochi was home to the genocide of the Circassian people — historically Sunni Muslims in North Caucus — who today, still united as a global Circassian community, protest Russia’s hosting the games on the grounds that Russia never apologized for its wrongdoing. 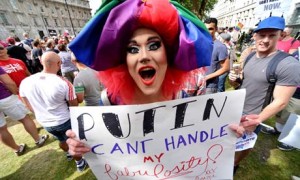 The criticisms don’t end there. At the 2010 Winter Olympics in Vancouver, a “Pride House” was instituted to welcome LGBT athletes, but this year, the Russian Ministry of Justice shot down the idea of a “Pride House” for the 2014 Games, claiming that creating one would incite “propaganda of non-traditional sexual orientation which can undermine the security of the Russian society and the state and provoke social-religious hatred, which is the feature of the extremist character of the activity.”

The safety of LGBT athletes in the Sochi games has been hotly contested and brought to the forefront of the international community; just recently, Vladimir Putin signed into a law a series of “anti-gay” laws that challenge the protection the Olympic Charter provides for members and supporters of the LGBT community.

In addition, reporters arriving at the games have described stunning conditions in Sochi: unsafe drinking water, unfinished buildings and the “elimination” of stray dogs from the city. In other words, everything’s a hot mess. 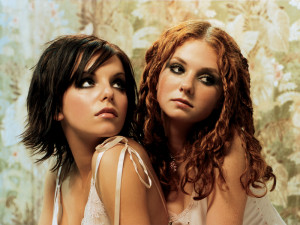 The silver lining? Russia has spent $51 million on tonight’s opening ceremonies, featuring none other than the R-Pop stars t.a.T.u. Stay tuned!