The longest Monopoly game in history lasted for 70 straight days, and in those 70 days, green houses, red hotels and social lives were lost. The names of the incredibly bored record-setters are not disclosed, but their legacy, unfortunately, lives on. Today, the ISIS – “Islamic State of Iraq and Syria” – seeks to break their record one Sunni enclave at a time.

The game-changing round of Monopoly occurring in the Middle East today comes at a much higher cost than play money. In this “game,” ISIS made the first move, and their offensive strategy has since left Iraqi minorities and American officials on the defensive.

ISIS is a Sunni jihadist group in the Middle East that spiraled from al-Qaeda, originally an Iraqi insurgency group that formed in reaction to American-led forces following the 2003 U.S. invasion of Iraq. Similar to its parent organization al-Qaeda, which has since cut ties with ISIS, ISIS identifies as a caliphate: an Islamic state under the jurisdiction of a supreme religious and political leader. With Abu Bakr al-Baghdadi serving as the caliphate (supreme leader) of the Islamic state, ISIS has the rudimentary organizational structure needed to forecast plans of expansion. 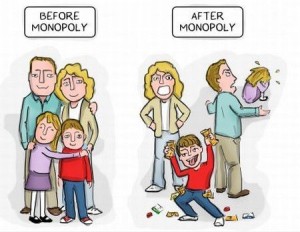 However, before the ISIS can fulfill its goal of an extremist Muslim monopoly of the Middle East, it must begin by consolidating political control over the Muslim-inhabited regions of Iraq and Syria. ISIS initially sought to establish a caliphate in Sunni-majority regions of Iraq, but last year’s Syrian Civil War paved immediate inroads for establishing the caliphate in Syria as well. After both Iraq and Syria are consolidated under Islamic State leadership, the Islamic State will be able to pursue control over the historic region of “Levant,” which includes: Jordan, Lebanon, Israel, Cyprus, and parts of Turkey. Building this monopoly will be a step-by-step process, but the United States and its allies hope this game ends with Iraq and Syria.

In June of this year, ISIS had 4,000 fighters in Iraq, destroying government and military targets in addition to taking the lives of thousands of innocent civilians. This August, the Syrian Observatory for Human Rights claimed that ISIS has expanded to 30,000 fighters in Iraq and 50,000 fighters in Syria. Due to this expansion and other variables, Chuck Hagel, U.S. Secretary of Defense, believes that [ISIS] “poses a long-term threat” (ABC News). 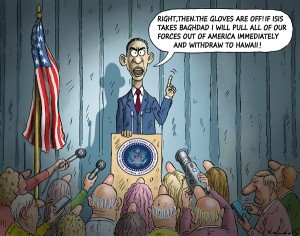 U.S. officials both fear and acknowledge the likelihood that this Monopoly match might outlast the 70-day record.  The crisis thus far has developed along two fronts: first, as a humanitarian disaster against Iraqi religious/ethnic minorities, and second, as a threat to the Iraqi Kurdish meta-state, a longtime U.S. ally. The Yazidi’s, who inhabit the Nineveh Province of Northern Iraq, chronicle a tragic history as victims of Sunni-led persecution – some would argue “genocide.” Whether by fundamentalist revolutionaries, followers of Saddam Hussein or today’s ISIS, the Yazidi’s are perpetually victimized in serial Sunni attempts to rid Iraq and its neighbors of non-Islamic influences. Together, these two fronts provided the United States with an irresistible invitation to deal in and ante up.

In response to the humanitarian crisis, the U.S. has airdropped supplies to the Yazidi’s cut off in northwestern Iraq and is in the midst of deliberating whether to make similar airdrops to the northern Iraqi town of Amerli – inhabited by Iraq’s Turkmen minority – which has been under siege by IS (Islamic State) militants for over two months. Militarily, the U.S. has supplied arms and ammunition to the Kurdish peshmerga forces and has implemented airstrikes against IS forces. 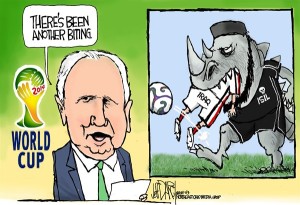 The short-term goal of the United States is to prevent additional IS advances via airstrikes and aid to peshmerga forces. Long-term, the Obama administration hopes to establish a viable Iraqi state. But with mounting pressure from his military leaders, Obama and his two-pronged strategy might be cornered into more big-picture goals for the Middle East. If Syria extends its own irresistible invitation for U.S. involvement, the game plan will have to change.

In this “Fast-dealing [extremist Muslim, political consolidation] game,” the Obama administration has limited get-out-of-jail cards, Monopoly money, and patience. What will the United States do when its their turn? Stay tuned.