We all thought it would be yesterday’s news already, but the question has only seemed to gain momentum: Is Chris Christie responsible for the George Washington Bridge Scandal? As of late, the New Jersey state government has subpoenaed 20 potential perpetrators and participants (many of whom are members of Christie’s administration) in the scandal for the Assembly’s investigative committee. All those subpoenaed, including Christie’s incoming chief of staff, will be expected to testify in the coming weeks to bring this hot scandal to a close. 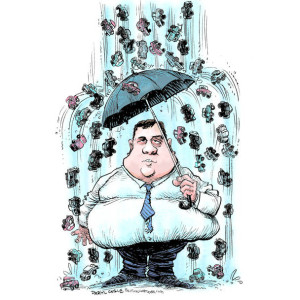 So far it seems like a lose-lose situation. The people of “New Joisy” lost three hours of their lives that could’ve been spent feeling inferior to New Yorkers (I kid), and Chris Christie is slowly but surely losing his legitimacy as a potential Republican Party presidential candidate. But, does anyone win?

Why, yes! Remember the Mormon Republican with the five kids, the five point plan and the five shades of gray in his hair he deviously tries to hide? Well, Mitt Romney (former Republican presidential candidate) has profited ideologically from Christie’s charade. Christie forbade Romney from raising money for his campaign in the state of New Jersey, and let’s just say between that and Christie’s wishy-washy response to his possible vice presidential nomination, Romney is laughing somewhere five times. Perhaps the “big government moderate” doesn’t have what it takes… Apparently he showed up late to the Grand Ole Party due to traffic. 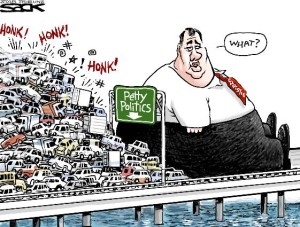 As always, stay tuned for the latest installment of Poli Sci for the Average Guy.