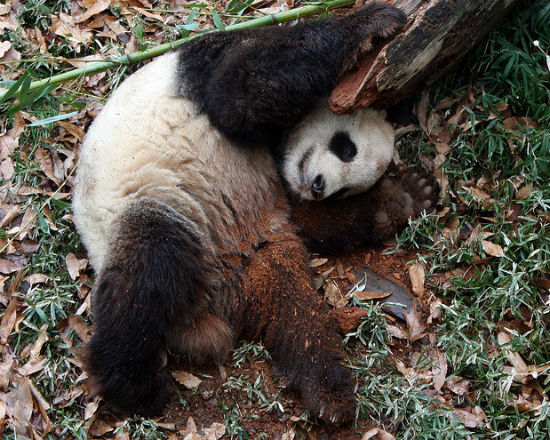 Get ready for a cute overload – a new giant panda cub was born late last night at the National Zoo. After her last cub was born in 2005, Mei Xiang has finally produced another tourist-attracting ball of fluff.

Mei Xiang was artificially inseminated back in April (in case you’re super interested in the details, the National Zoo livetweeted the whole thing), and gave birth at 10:46 PM on Sunday, surprising researchers at the Zoo. According to Post Local, caretakers expected another disappointment on the baby panda front.

Instead they wound up with a yet-to-be-named panda cub, who’s currently about the size of a stick of butter. Researchers won’t be able to see the new cub for a week or so while Mei Xiang protects her new baby, but they’ve heard little panda vocalizations. Maybe even a baby panda sneeze or two.

The last five years have been full of failed pregnancies for Mei Xiang, and there was talk of replacing the National Zoo’s pandas for a younger and friskier pair. But with a new cub, these pandas will be at the National Zoo for at least four more years. Plenty of time to watch the new baby grow up with brother Tai Shan.

This will be the second piece of baby animal excitement in recent news for the National Zoo – an adorable new dama gazelle was born last week.