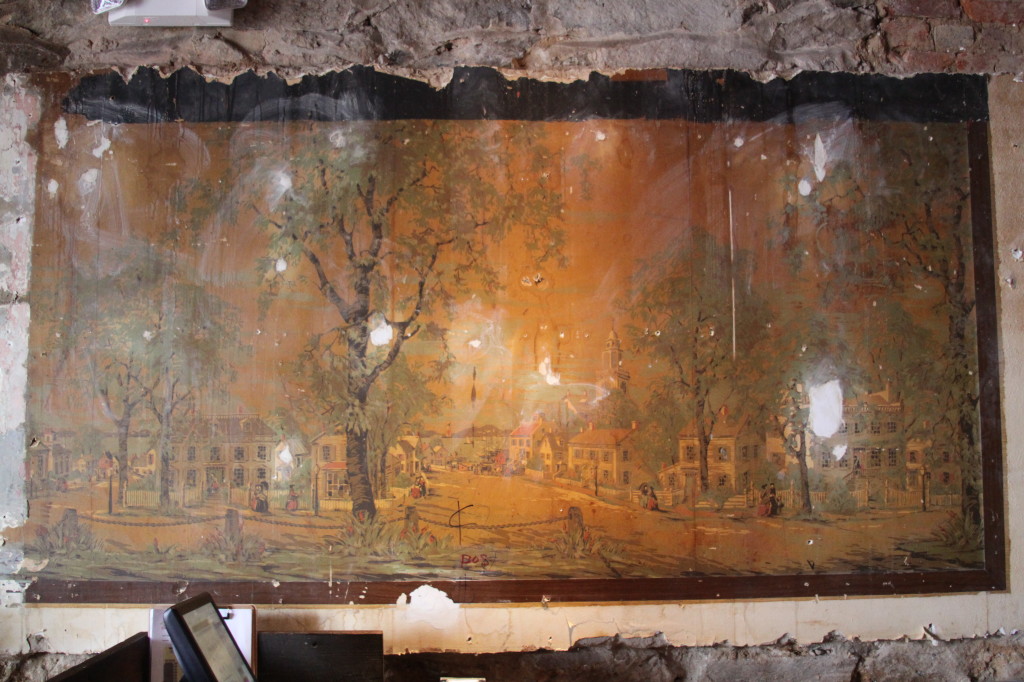 It’s no secret that we at The Fourth Edition have a special soft spot in our hearts for The Third Edition. Though as you probably already know, the Georgetown favorite, Thirds, went by the wayside last year. We sadly thought Thirds would be out of our minds and our news stories forever, which is why we were so ecstatic to hear of a recent discovery from within our favorite social spot of the past.

According to the Washington Post, renovation plans were underway for El Centro (a restaurant and bar that is soon to replace what was Thirds) when designers found a surprise hidden in the downstairs interior wall: a mural. The mysterious work of art depicts a historic street scene with mountains and a lighthouse in the background that is also covered in graffiti.

Though the work of art doesn’t exactly fit El Centro’s Mexican theme, the new restaurant’s design team couldn’t resist keeping the quirky piece in the plans. So, Third Edition lovers, it looks like there is still a bit of hope: while Thirds may be gone, a hidden piece of its artwork will live on in El Centro forever.

If any of you are interested in El Centro, the new tacos and tequila joint that will be replacing Thirds, check out their website here. Disclaimer: it’s for their 14th Street location; the Wisconsin Ave. website is on its way. But you should still definitely check it out – I mean, who doesn’t love bottomless brunch, octopus tacos, iron skillet fajitas and secret hidden murals?