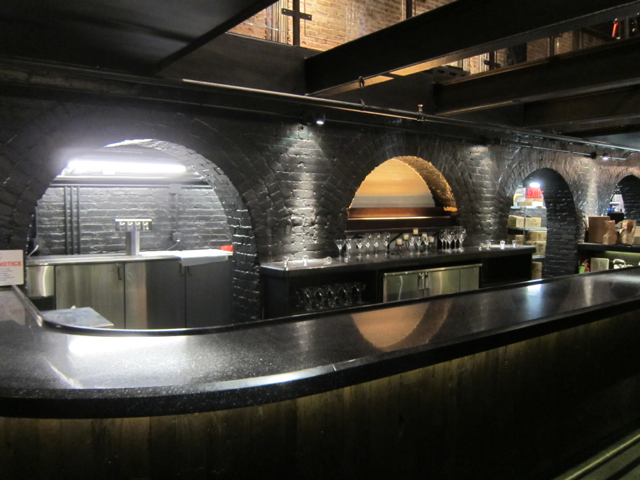 It looks like daily deals are about to get a luxury upgrade in the District. Two weeks ago, The Guide explored the origins of Livingsocial, a startup co-founded by Georgetown grad Tim O’Shaughnessy (MSB ’04). The D.C.-based deals giant already operates around the world, but now they’re doing something totally new.

Livingsocial’s new storefront at 918 F Street NW will be the site of a new direction for the company, according to DCist. Where they have previously focused on online vouchers and “adventures” like skeet shooting, sailing lessons and skydiving, the new venue will serve as a permanent space for lessons, pop-up restaurants and concerts.

Their new facility has taken over the old National Union Building, which has been around since 1890. They have converted the building into a four-story playhouse with classrooms that can be used for anything from dance lessons to painting classes. There’s also a commercial-grade kitchen that will host local restauranteurs and cooking instruction alike.

D.C. Top Chef Mike Isabella will be the first to host a pop-up restaurant in the space. Later this year he will be opening a new restaurant called Bandolero in Georgetown (on M Street, where Hook used to be before a fire this summer). But he’s hosting a preview of the menu in the Livingsocial space. It’s not quite the deal you would expect from their daily coupons, with seats at the preview going for $119 a person. But that doesn’t seem to be limiting the interest, as Isabella’s event is already sold out — looks like we’ll have to wait until the real thing opens to check out the menu.

It’s more than just fancy food though. There will be mixology classes and live music at the downstairs bar, with an acoustic set by O.A.R. scheduled for this Sunday as the first performance. Though Livingsocial’s new storefront may not have all the deals we’re used to seeing from them, we’re looking forward to what kinds of events might come out of this new location.