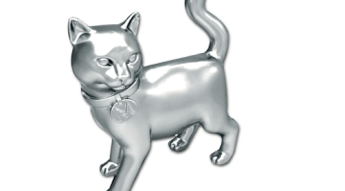 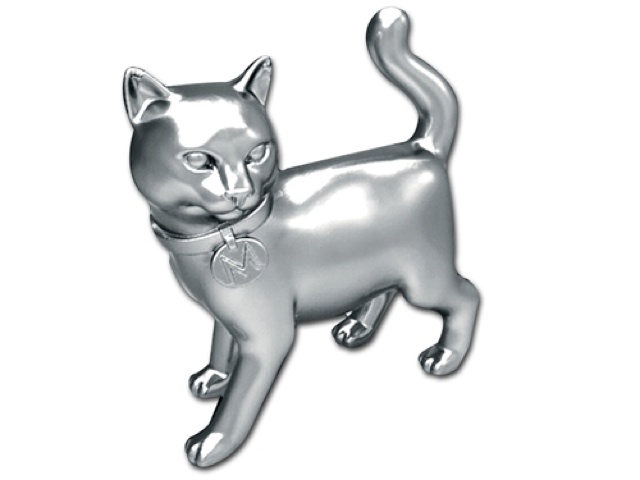 Attention, world (and by world, I mean cat lovers): Hasbro has officially announced that they will be retiring the classic iron game piece and replacing it with their new cat game piece. That’s right. Monopoly’s newest game piece is now a metallic furry feline. We couldn’t be any more excited.

Hasbro, the toy-making megacorporation behind Monopoly, informed the public last month that it would be retiring one of Monopoly’s tokens, but it decided to leave the monumental decision in the hands of the fans. According to Hasbro’s senior vice-president, Eric Nyman, “The tokens are one of the most iconic parts of the Monopoly game, and we know that people are emotionally tied to their favorite one. When we decided to replace one of the tokens in the game, we knew we had to involve our fans in the process.”

Hasbro then initiated a poll on Facebook (where else?!) and offered enthusiastic “monopolists” a chance to vote for their favorite and least favorite “old” game pieces, in addition to choosing between 5 “new” pieces to add into the mix. The votes were counted and the results are officially in!

The cat, which has no name, garnered 31 percent of the votes for new pieces and won the coveted spot among other Monopoly tokens. Other new-piece-contenders included a helicopter, a robot, a guitar and a ring.

Of the old tokens, Scottie the Dog received the majority of the popular vote, receiving 29 percent of fan votes, and the iron (may he rest in piece — get it?) received the least. As a result, the iron had to “Go directly to jail — Do not pass GO — Do not collect $200.”

We think the iron’s exit may have gone something like this, but we also think the new cat game piece is a purr-fect addition.

What are your thoughts on Monopoly’s purr-cocious new token? Is it a major paw-sitive? Or is it a cat-astrophe?

One Reply to “Monopoly Madness! Meow!”