Whether you are politically inclined or you spent the first couple hours of the debate thinking it was reality TV, we all can agree that there was some level of personal utility to be gained from the GOP debate, whether it be entertainment or education. We want to commemorate the absurdity of one question in particular, and what it means for half of our population: women.

Candidates were asked which woman should be on the ten dollar bill. A question that, if posed to children ages elementary through college, could likely be answered with a little bit of homework, some google searches and a short paragraph. The GOP candidates, however, took it to a whole ‘nother level. 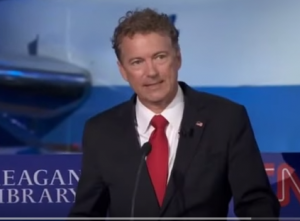 He says Susan B. Anthony, served up with an acknowledgement of women’s suffrage. Not bad Rand Paul, thank you for at least looking over your homework.

Next we have Mike Huckabee with a charming digression from a serious answer. 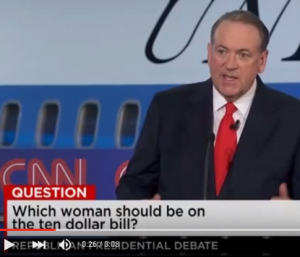 “Now that’s an easy one,” he said. “I’d put my wife on there.” He then explained, saying that if she were on the ten dollar bill, she could “spend her own money,” a well thought out implication on the role and priorities of women in America at large. Thank you for using your opportunity to support the great women of our history by perpetuating the idea that all women do is spend money. Also, super glad to hear that the act of putting up with you warrants recognition on the $10 bill. 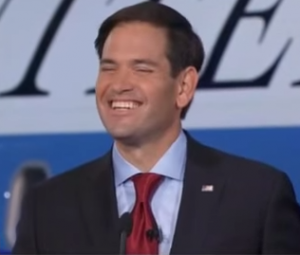 “Rosa Parks, an everyday American that changed the course of history.” Okay, 1 point for you Marco Rubio. 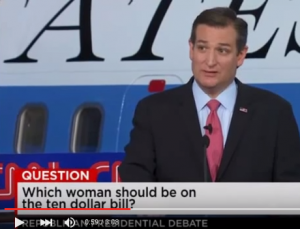 But first, takes all of his time to acknowledge the significant role Alexander Hamilton played in history. Thanks for that Ted Cruz, but why not use your time to talk about women?

Then there’s Ben Carson, also not choosing to take the question seriously. 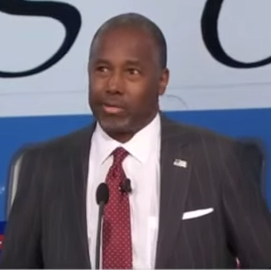 He says his mother. Thanks Ben Carson, if only we could put all of our mothers on the bill… But wait, women are more than just mothers aren’t they?

Then we have America’s boy Donald Trump, whose answer, in relative terms, did not outshine his counterparts. 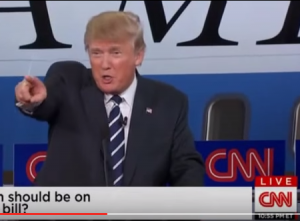 “Ivanka Trump” because she’d been sitting there for 3 hours. Followed up by the acknowledgement that he was joking (ahem Huckabee and Carson). He then added to the more credible Rosa Parks talley.

Trump was followed by Jeb Bush. 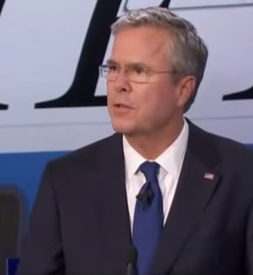 “Margaret Thatcher!” Ding ding ding, we have a winner. She’s not even American. 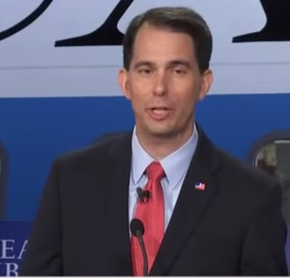 Carly Fiorina follows with perhaps the biggest plot twist of all. 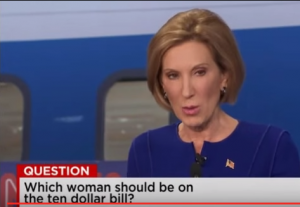 Perhaps the deepest thinker of them all, Carly Fiorina said that we should would not make any changes. In her deep analysis, she indicates that this “gesture” is only a gesture and implied that we need to acknowledge our history not change it. 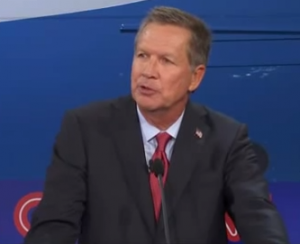 Mother Theresa. You really can’t think of one women in America’s history? Is this just the first woman that came to mind that wasn’t a member of your direct family? 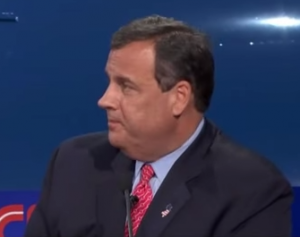 (Side Note: Perhaps this silhouette could be fit for the bill?)

“Our country wouldn’t be here without John Adams.” *Queue suspenseful music* So, naturally, he says “Abigail Adams,” because everyone knows a great man doesn’t do anything great without a woman in his shadow. …

Thank you GOP candidates for paying attention in your elementary school history classes, preparing for the debate and really giving thoughtful acknowledgement to the salient roles of women in this country’s history.

Great to know the (dishearteningly low) respect you hold for women and America.