You may have noticed that here at 4E, we’re pretty obsessed with the school mascot, Jack. So imagine how excited we were to be invited by the Jack Crew for a preview of Jack’s latest trick, to be formally debuted at the Verizon Center. We met up with Jack’s caretaker, McKenzie Stough (COL ’13), one of the heads of the Jack Crew, Neve Schadler (COL ’15) and Frannie Murray (SFS ’17) to check out Jack’s new trick and talk about his training schedule. 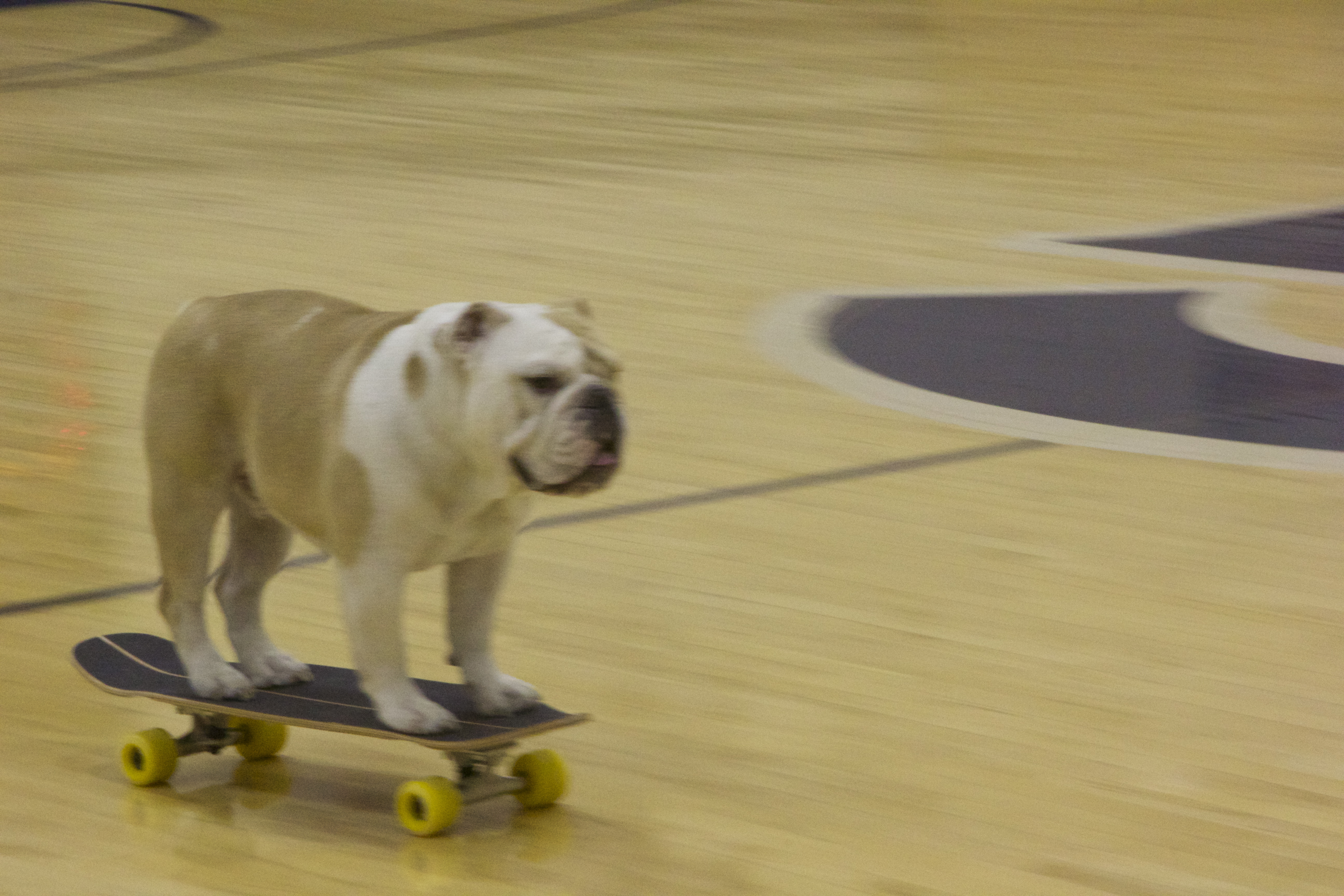 What’s a regular day in the training life for Jack?

McKenzie: He’s been training all year, we’re really excited. We’ve already practiced this trick at women’s basketball and women’s volleyball games. Last year we practiced outside, but we’ve moved into the gym. We sneak in at lunch time.

Neve: Three times a week for an hour.

McKenzie: He can get on by himself. He’s had an affinity for the skateboard since he’s been a puppy.

Frannie: Bulldogs have a low center of gravity, which helps with the trick. Also he’s from California, so he’s laidback. He’s a skater boy. And he’s so smart!

What’s your favorite part of training Jack, or being a part of the Jack Crew?

Frannie: It’s hard to find an image of “Hoyas.” But Jack represents the Hoyas and all of the students. When big athletes see him, they break down in smiles. They love to hang out and pet him. His smile is so infectious!

McKenzie: He’s so excited to see everyone that he knows.

Neve: There are six of us in the Jack Crew and he recognizes us all. He’ll get really excited when he sees us even if we’re not walking him.

McKenzie: We try to tier his treats. In practice we give him a lot of small treats. But at the Verizon Center, we give him turkey. He loves that.

McKenzie: Actually, we’ve been trying to think of one.

Neve: We’re so excited to show off this new trick – it’s been so much hard work. This trick fits his personality so well.

McKenzie: The point of the trick is to get people up and cheering. That’s our mission.

Frannie: I think our mission’s been successful. 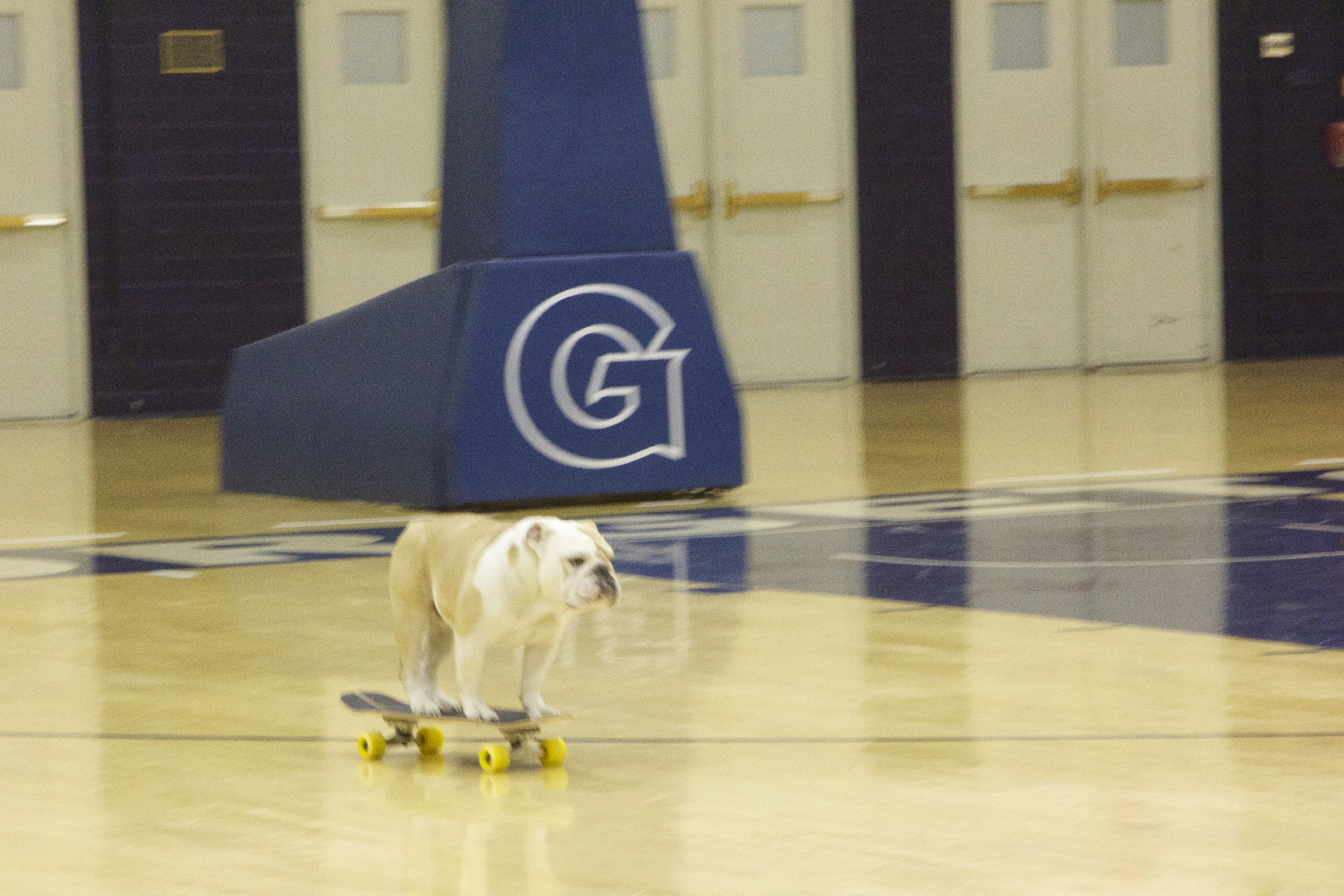 Thanks McKenzie, Neve, Frannie and (of course) Jack for previewing for us! Maybe you can’t teach an old dog new tricks, but you can definitely teach an adorable mascot how to skateboard. We can’t wait to see Jack in action at the Verizon Center.