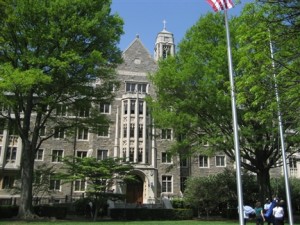 1. You don’t need to live with your best friend. While best friends often do live together, the slightest roommate conflict next year could ruin a wonderful friendship. People are often different people when you’re sharing a room with them than when you’re going out together. So, rather than rooming with your best friend, you might want to live with someone who shares your interests, schedule or temperament. Moral of the story: pick someone you’re compatible with, not someone who you have fun with. If you can achieve both, that’s even better.

2. You don’t have to live with your current roommate. Sometimes the people you find on CHARMS aren’t the best roommates, but they make excellent friends. Sometimes, it’s the reverse. If even one person expresses doubts about living with a certain group of people, it probably isn’t a good idea to room together next year.

3. Explore your extracurricular activities for your next roommate. Having similar interests and schedules can really help in the roommate search. Even if you aren’t particularly close now, the mere fact that you have similar interests can go a long way toward making next year great.

4. Look for friends of friends to room with. Sometimes, mutual connections can make the best roommates. If you feel like you won’t make a good roommate for your best friend, it may be a good idea to room with a friend of theirs that you don’t know as well. Having mutual friends means that you probably have a lot in common, and your schedules might be better suited to each other than with your mutual friend.

5. Pay attention to cleanliness. Whoever your future roommate is, pay attention to their level of cleanliness. Pairing a messy person and a clean person with each other, no matter how close they are, can drive a wedge between people. Plus, disputes about cleanliness can be magnified when it becomes necessary to clean bathrooms.

Check back next week when we’ll be outlining the best (and worst) of possibilites for sophomore housing.

One Reply to “Housing At a Glance: Finding the Perfect Roommate”