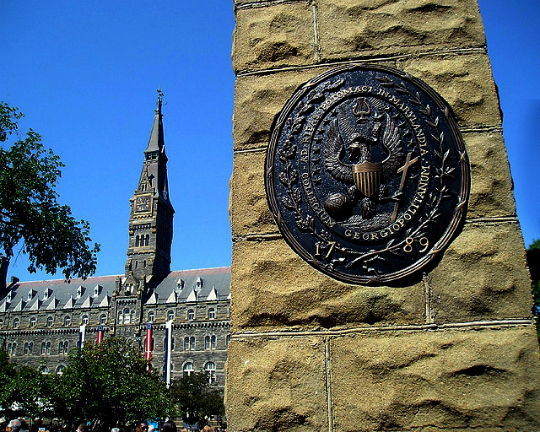 Newsweek has released its 2012 college rankings, and it turns out we’re one of the happiest colleges in America! Also one of the most stressed. Georgetown was ranked the sixth happiest and eighth most stressed out of 25 schools.

Criteria for the happiest colleges were based on retention rate, student satisfaction, and likelihood that students would choose to attend the school if they had to start the whole college admissions process over again. With our sixth place finish we came in above University of Southern California, Tufts, Duke, and Harvard. Stanford was the overall winner, with Carleton College coming in second and Yale at third. The University of Chicago just edged us out in fifth place.

Newsweek used academic pressure, average student debt, and campus crime record to determine which schools were most stressed out. It turns out that Washington University is the most stressful campus in the country, followed by UPenn and Columbia. Georgetown is more stressful than Duke, Yale and BC. Guess all those laptop thefts take a toll on our mental well-being.

Sadly we failed to make the Most Beautiful Colleges list (I’m blaming Lau for that one) or the Top Party schools. You can check out the rest of the lists over at Newsweek.